Clint Eastwood said one day we will realize that “President Obama was the greatest hoax ever perpetrated on the American people.”

Obama’s Political Career Began With Castro-backed Terrorist so he has sort of come home to his roots.

The ongoing rant to abolish ICE is part of the intentional evolution of a socialist coup.

Obama’s Muslimism, socialism and arrogance are finally being recognized and rejected by most Americans of traditional values in both parties. Although America feels disdain for his flavor of community organizing at his Organizing for Action (OFA), it is the job he has and he is good at it. Too bad for America.

In February 2017, I wrote an article titled Obama’s ‘Trump Saboteurs’ at OFA Boasts 30,000 Paid Agitators & Opening 250 Offices across America that revealed his intentions to do all he can to damage Trump.

FrontPage reported, Obama rented a $5.3 million, 8,200-square-foot, walled mansion in Washington’s Embassy Row that he is using to command his community organizing his cadres. Michelle Obama joined the former president there as did the Obama Foundation.

Do you really think ‘Mad Maxine’ Waters decided on her own to launch this concerted effort she’s making to encourage conflict and incite followers to harass and get in the faces of Republicans and especially White House officials?

Waters pointedly instructed a small crowd while back in California last week, “Let’s make sure we show up wherever we have to show up. And if you see anybody from that Cabinet in a restaurant, in a department store, at a gasoline station, you get out and you create a crowd. And you push back on them. And you tell them they’re not welcome anymore, anywhere. We’ve got to get the children connected to their parents.” Blah, blah, blah, blah….

This woman is a dedicated tool of the extreme left who needs coaching, says much without any coaching that she shouldn’t, and even says a lot that she hasn’t thought about yet.

OFA’S ASSAULT ON AMERICA IS AN EXERCISE IN PREPAREDNESS

Have you noticed that present in all the left’s assaults you see everywhere, are the professionally printed signs, the perfect timing of demonstrators arrival and their organized efforts to act as a synchronized group with a designed focus. Never mind that these groups are also often bused in at great expense in very pricey buses. Sounds like the craft of a very effective and well-funded community organizer, right? Reminds me of my follow up article the week after the aforementioned one, Stop Paid Anarchists by Cutting off the Head.

And anarchists are exactly what these Common Core educated, naive, largely, students with a mix of older Americans that just wish to collect some easy money by responding to ads are: STOP TRUMP – up to $1500/week

So while Obama’s organization is busy with all these orders to implement, he keeps himself occupied as much as possible meeting influential and financial supporters and leaders of the world, who will see him, trying his best to undermine America’s interest, like he always has, and especially trying to put a dent in President Trump’s thick armor.

The Democrat Party presently is exactly antithetical to the precepts of what America stands for as created by our founders. We are not the land of freebies, guarantees, open borders, sanctuary cities or Sharia Law. We are about limited government, personal responsibility, moral codes such as the biblical Ten Commandments and the rule of law. The Democrat Party won a lot during Obama’s years while America was losing. Thanks to President Trump that trend is reversing and America is winning again. The Dimms are in utter shock, ‘Big League.’

The donkey party has for decades rolled on a social bent promising and delivering programs and outright free money that conversely has dealt much harm to American freedoms and our necessary healthy commerce. Most ‘government programs’ have contained a lot of fat, political chicanery and socialist nonsense which dis-incentivized and eroded the American spirit to strive upward. 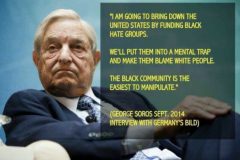 The Democrat Party today is not reaching out to voters so much anymore. They truly are no longer the party of Zell Miller. It is being led by a dictum of raw, far-left anger that is exposing their roots of blatant socialism and even fascism. The new ‘progressive’ Democrat leaders are leaving behind some party loyalists who don’t want any part of their new extreme socialism. It is apparent that the Democrat leadership is so arrogant that they don’t care, since they are buying and training new young socialists for Obama’s legions who are out raising hell in the streets, protesting everything worthwhile and recruiting new upstarts for the attractive pay of from $15 to $18 an hour plus expenses and transportation courtesy of George ‘Take Down America’ Soros.‘ It is truly a sad party when the best they have is purely obstructionist Chuck Shumer, Nancy Pelosi, Elijah Cummings, Elizabeth Warren and Maxine Waters.

OBAMA: OFF THE BENCH, BUT THE BLOOM IS OFF THE ROSE 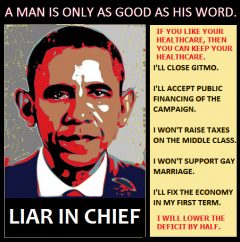 Obama is re-emerging into the political fray for Democratic National Committee fundraisers, and that is the most exciting news the stagnant Democrat Party has created since Donald Trump’s Presidency. Whatever magic may appear to be present in that talented poker face smile, the bloom is definitely off the rose thanks to the Dimm’s own bungling in all the many exposures to their corruption in Russiagate, DOJgate and endless Clintongates not to mention the huge quantity of Obama’s damaging regulations and programs exposed and canceled by President Trump. The Fake News media can only do so much.

That first DNC event of elites in the Tony LA atmosphere notwithstanding, future such events will find party elites, some very blind loyalist followers and perhaps some of those paid OFA legions that can help produce some audiences, but gone will be the larger crowds of his lucky past.

OFA’s funding source, George Soros, needs being squashed like a bug in our courts. Blatant treason is the charge and perfect justice would be a quick, short trial, obvious guilty verdict and straight to prison. We can dream.

What do you think we should do about all these repugnant demonstrations, marches and riots we are having thrust upon us?

A man who will remain nameless in Southern California is presently having great successes combating the many aggressive intrusions into what should be America’s peaceful political scene by the far left, by using common sense against them through organizing conservative activists and implementing a ‘focused’ plan.

He successfully creates factual, concisely prepared whitepapers in a bulleted format that is used to get in the face of these far left crazies who try to upset everything like Maxine Waters and her ilk would direct. He does it by, believe it or not, using Alinsky tactics, back at them. He says his activists have been largely responsible for the many California cities giving up their Sanctuary City status.

Even though our conservative activists are short on the Soros level of funding our activists have a large advantage. Truth and reality are difficult to overcome. Conservatives only need presenting our truth strongly in the face of lies and innuendo to succeed. The California activist leader reports that these extremist hell raisers from the left have nothing to answer with against facts and steel away when confronted assertively.

He says the only reason the left has been getting away with their anarchist behavior is that the right has allowed them their platform unopposed by not confronting them.

So there you have it. We need to confront them with irrefutable facts and not back down. They get physical, we have our sheriffs and our video recordings. If sheriffs don’t enforce the law, we vote the sheriffs out of office. That’s the way it works in America. But, we must get organized, strategize and show up. It is the American way.

And Obama? He should answer for many violations of our laws just as any other law breaker in America should.

Please check out my new website SocialismToday.info with over a hundred articles totally debunking socialism.