Democrats haven’t produced anything constitutionally worthwhile or redeeming for a very long time and they haven’t a clue why not and choose to blame others rather than be introspective. Ironically, what’s worse is that they don’t yet have a clue that that is exactly why they blew the election, as my new favorite President would say, “Big Time!”

Their accentuated disrespectful behavior at President Trump’s Congressional Speech underscores their utter failure as patriotic Americans by displaying total disdain for Congressional decorum. I suspect many traditionalist democrats were astonished and I suspect some common sense, God-fearing democrats of yore are leaving or contemplating leaving the party.

“The Democrat Party has been obliterated. Hillary Clinton’s narrow loss to Donald Trump was the shock felt ’round the world, but there’s been an even deeper decline in the Democrat Party at the state and local level. The Obama administration has overseen the loss of roughly a tenth of the party’s Senate seats, a fifth of its House and state legislative seats, and a third of its governorships, something which hasn’t been seen since the repeated routs of Republicans in the 1930s.” – Unquote The Week.com

ARE THE DEMOCRATS NOW ‘ALINSKYITES’?

If you don’t know how treacherous and un-American, devout socialist Saul Alinsky was, check out “Saul Alinsky’s Doctrine: 8 steps to topple a nation and create a socialist state.” Then it’s important for you to know that BO (Obama) and Hillary were both earnest Alinsky followers. 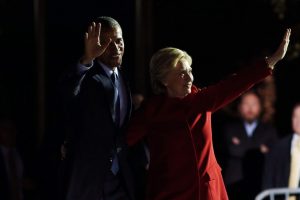 Richard Poe in his Rense.com article, “Hillary, Obama And The Cult Of Alinsky, reports: “Alinsky’s crowning achievement was his recruitment of a young high school student named Hillary Rodham. She met Alinsky through a radical church group. Hillary wrote an analysis of Alinsky’s methods for her senior thesis at Wellesley College. They remained friends until Alinsky’s death in 1972.

“Barack Obama is also an Alinskyite. Trained by Alinsky’s Industrial Areas Foundation, Obama spent years teaching workshops on the Alinsky method. In 1985 he began a four-year stint as a community organizer in Chicago, working for an Alinskyite group called the Developing Communities Project. Later, he worked with ACORN and its offshoot Project Vote, both creations of the Alinsky network.

“Camouflage is key to Alinsky-style organizing. While trying to build coalitions of black churches in Chicago, Obama caught flak for not attending church himself. He became an instant churchgoer.

“That Hillary Clinton and Barack Obama share an Alinskyite background tells us two things. First, they are leftists, dedicated to overthrowing our Constitutional system. Second, they will go to any length to conceal their radicalism from the public.

“That is the Alinsky method. And that is today’s Democrat Party.”

A PARTY OF CHANGE – THE WRONG CHANGE 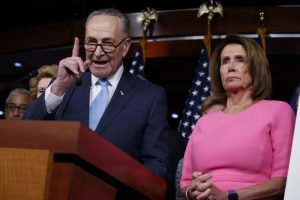 Many democrats are very good people and very loyal people. Like I said at a meeting in Fernwood a couple years ago, Democrats are good people, they just can’t do math. Like many Republicans today, I was raised in a family that were staunch bible-thumping Democrats. Habits run deep and many people remain locked in out of sheer loyalty. However, folks like me caught onto inevitable common sense about math and recently many more have been deserting the blatant socialist mantra of the far left moving the party to an Alinsky world that doesn’t resemble the party they grew up knowing.

States former Georgia Governor and U.S. Senator Zell Miller, a staunch democrat, in his book ‘A National Party No More,’ “All left turns may work on the racetrack, but it is pulling our party in a dangerous direction…It is a system that “Cuisinarts” individual thought into a mushy party pudding – a system that expects one to go along with the team even if the quarterback is calling the wrong signals….this never- ending back-and-forth partisan ping-pong game of revenge needs to end – for the good of our country.”

DEMOCRATS: NOW THE PARTY OF THE MEGA-RICH, NOT THE PEOPLE

Quoting a 2014 Investors’ Business Dailey editorial, Democrats: The Real Party Of The Rich, ‘‘Indeed, a recent book, ‘The New Leviathan,’ says donations to Democrats outstrip those to Republicans 7-to-1. How can this be? Democrat support soars when you include unions, universities, superPACs, nonprofits, left-wing interest groups, and — ready for this? — Wall Street (which overwhelmingly favors Democrats).

“So Democrats don’t really want to restrain money in politics. Just the money that goes to Republicans.

“Voters need to stop listening to the lies. Since 2008, the number of people who call themselves middle class has plunged from 53% to 44%, according to a new survey by the Pew Research Center. 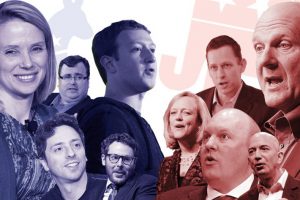 “And, by President Obama’s own admission, his party’s control of Congress and the White House has led to 95% of all income gains going to the top 1% in income.

“So please, enough of this about Democrats being the party of the little guy.

Words are very important. They must be weighed carefully and their users must be accountable to them and politicians held accountable additionally for their votes. The Democrat Party’s words, actions, and votes don’t work anymore.

The Democrat Party should be suffering its comeuppance at the hands of its own followers who are sickened.