In 2018 American citizens need knowing more than ever who our enemies are which would include ‘The Worst President in History,’ Barack Hussein Obama.

There isn’t much left to question about the final product that Barack Hussein Obama developed into when you recognize that when he was young, Obama was mentored by his probable real father, Frank Marshall Davis a card-carrying Communist and he studied and idolized Sol Alinsky and taught his ‘Rules for Radicals, as a guide to community organizing. Other strong associations that influenced his socialist development in his younger years included Chicago comrades: underground terrorist Bill Ayers and ‘God Damn America!’ Reverend Wright. To top off his Chicago connections is a communist that also is a Muslim who became his full-time handler while he was President, Valerie Jarrett.

JUST SOME OF OBAMA’S GRIEVANCES AGAINST AMERICANS

Back in 2013 Eric Erickson publisher of RedState.com cited the following grievances against Americans by then President Obama:

He told a crowd of supporters to “argue with neighbors; get in their face.” By the way, watch the full clip to hear Barack Obama say he will lower taxes and support the second amendment.

In 2009, the White House created an email address flag@whitehouse.gov and encouraged people to report their neighbors who might disagree with Obamacare. The DNC admitted the White House was engaged in collecting information on people.

During August recesses in 2009, the Obama Administration told Democrats in Congress to “punch back twice as hard” at Republicans.

In 2011, the Obama White House set up a ridiculous website called Attack Watch to document and expose those hostile to them.

As I wrote in 2009, the Obama team brought back the politics of personal destruction. I noted then a Politico story that reported: ‘The vast new left-wing conspiracy sets its tone every morning at 8:45 a.m., when officials from more than 20 labor, environmental and other Democratic-leaning groups dial into a private conference call hosted by two left-leaning Washington organizations.’

In 2012, the White House directly coordinated with outside groups to influence the Supreme Court’s Obamacare decision. About the time these meetings with “dozens of leaders of nonprofit organizations” were happening in the White House, tea party groups were suddenly getting inquiries from the IRS, bogging them down and distracting them from the fight at hand. 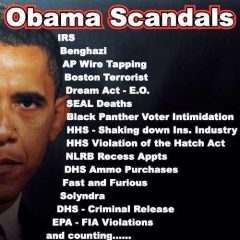 President Obama did not have to tell the IRS specifically to harass conservative, evangelical, and Jewish groups who might oppose him. His rhetoric on the campaign trail and in the permanent campaign of the White House operations made clear what he wanted. IRS agents not only harassed conservative groups, evangelical groups, and Jewish groups, but also leaked their confidential tax information to left-leaning groups. The National Organization for Marriage and other groups had their donor lists leaked subjecting those donors to harassment. A Romney donor was harassed by the IRS. More than one person has emailed me to say that after they reported themselves to flag@whitehouse.gov they were audited by the IRS — in one case audited several times about just one tax year.

Obama went on the campaign trail in 2010 and told supporters to “punish our enemies.” The IRS did just that.”

As FrontPage reported, Obama has rented a $5.3 million, 8,200-square-foot, walled mansion in Washington’s Embassy Row that he is using to command his community organizing cadres. Michelle Obama joined the former president there along with the Obama Foundation. Former labor secretary and now DNC chairman, Tom Perez said “We must stand up to protect President Obama’s accomplishments,” adding, “We’re going to build the strongest grassroots organizing force this country has ever seen.”

OBAMA IS RESPONSIBLE FOR THE SOCIALIST CHAOS IN OUR STREETS

‘Organizing for America’ (OFA) is the platform for the most dangerous man in American politics and he is rolling in dough from ‘Daddy Warbucks’ George Soros and his minions. States Paul Sperry of the New York Post, “Organizing for Action is drowning in money, by nonprofit standards.

Wikileaks states, “The formation of Organizing for America was announced by then-President-Elect Obama on January 17, 2009. 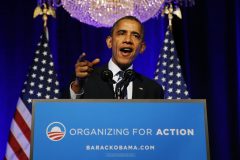 “Organizing for America was a community organizing project of the Democrat National Committee. Initially founded after the presidential inauguration of Barack Obama, the group sought to mobilize supporters in favor of Obama’s legislative priorities, particularly health care reform. Eventually, the organization played a role in the midterm elections of 2010. Later, it became the grassroots arm of Obama for America. After Obama’s second inauguration, it was reorganized as Organizing for Action and returned to its previous mission of organizing around the President’s agenda.”

All who understand what America’s values are truly about are fed up with these in our face blatant disruptions with our liberties and efforts to take them from us. These paid anarchists need being legally dealt with. Many of the anti-Trump rioters appear not only to have violated state laws against rioting and inciting to riot, but also federal law against the same crime and those responsible for starting fires and committing other acts of violence and public disturbance should be prosecuted under applicable federal law as well.

‘Where are our police, prosecutors and judges?’ is the question. Where is the National Guard? Mayors and governors need to man up, or I should say Patriot UP and get ‘er done!

Then Obama’s funding needs being dealt with.

A Must See: Antifa: New Documentary by Trevor Loudon Pulls Off the Mask 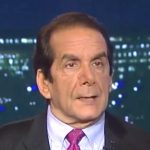 “I do not understand how living in a country with its democracy established over 200 years ago, and now, for the first time in history, suddenly we have one of our former presidents set up a group called “Organizing for Action” (OFA).

OFA is 30,000+ strong and working to disrupt everything that our current president’s administration is trying to do. This organization goes against our Democracy, and it is an operation that will destroy our way of governing. It goes against our Constitution, our laws, and the processes established over 200 years ago. If it is allowed to proceed then we will be living in chaos very much like third world countries are run. What good is it to have an established government if it is not going to be respected and allowed to follow our laws?

If you had an army of some 30,000 strong and a court system stacked over the decades with judges who would allow you to break the laws, how much damage could you do to a country? We are about to find out in America!

Our ex-president said he was going to stay involved through community organizing and speak out on the issues and that appears to be one post-administration promise he intends to keep. He has moved many of his administration’s top dogs over to Organizing for Action.

OFA is behind the strategic and tactical implementation of the resistance to the Trump Administration that we are seeing across America, and politically active courts are providing the leverage for this revolution.

OFA members were propped up by the ex-president’s message from the shadows: “Organizing is the building block of everything great we have accomplished Organizers around the country are fighting for change in their communities and OFA is one of the groups on the front lines. Commit to this work in 2017 and beyond.”

OFA’s website says it obtained its “digital” assets from the ex-president’s re-election effort and that he inspired the movement. In short, it is the shadow government organization aimed at resisting and tearing down the Constitutional Republic we know as AMERICA.

Paul Sperry, writing for the New York Post, says, “The OFA will fight President Donald Trump at every turn of his presidency and the ex-president will command them from a bunker less than two miles from the White House.”

Sperry writes that, “The ex-president is setting up a shadow government to sabotage the Trump administration through a network of non-profits led by OFA, which is growing its war chest (more than $40 million) and has some 250 offices nationwide. The OFA IRS filings, according to Sperry, indicate that the OFA has 32,525 (and growing) volunteers nationwide. The ex-president and his wife will oversee the operation from their home/ office in Washington DC.

Think about how this works. For example: Trump issues an immigration executive order; the OFA signals for protests and statements from pro-immigrant groups; the ACLU lawyers file lawsuits in jurisdictions where activist judges obstruct the laws; volunteers are called to protest at airports and Congressional town hall meetings; the leftist media springs to action in support of these activities; the twitter sphere lights up with social media; and violence follows. All of this happens from the ex-president’s signal that he is heartened by the protests.

If Barack Obama did not do enough to destroy this country in the 8 years he was in office, it appears his future plans are to destroy the foundation on which this country has operated on for the last 241 years.

If this does not scare you, then we are in worse trouble than you know.

So, do your part. You have read it, so at least pass this on so others will know what we are up against. We are losing our country and we are so compliant. We are becoming a “PERFECT TARGET” for our enemy!” 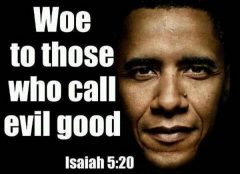 So it is not over till it is over! Overwhelming, is the word I think of and hear the most from others when the unending, multitudes of troubled issues of our day are mentioned. Our being overwhelmed is not by happenstance, it most certainly is by design to wear us down into submission by the ‘Establishment.’ It matters not the depth of our besiegement, all that matters is our resolve and focus. We must awaken, get educated and get involved by informing others, or the United States of America as we’ve known our sovereign republic to be, will be no more. It is as simple as that. We either do this or we are dissolved. Do you want to be told what to do constantly by unaccountable, unelected global power elitists who know best for you about everything?

American patriots must study issues, inform others, follow the Freedom Indexes for the U.S. Congress at The Freedom Index at TheNewAmerican.com: and for the state of Idaho at IdahoFreedomIndex.com and fire elected officials who are not following our rule of law through the Constitution. There is no other way to right our absolute mess. Presidents, congressmen, senators and governors created this boondoggle we have and they must pay for it by being replaced at the ballot box, ending their political careers and being replaced with real accountable patriots who understand the Constitution and take their oaths to it seriously. They need to know we are watching. Be damned with the Establishment that are members of or influenced by the Council on Foreign relations (CFR)! See: CFR membership roster. Some of the names will surprise you and tick you off.

“So that the record of history is absolutely crystal clear, there is no alternative way so far discovered of improving the lot of the ordinary people that can hold a candle to the productive activities that are unleashed by the free-enterprise system.” — Milton Friedman

And now in President Trump, we finally have a true patriotic capitalist President that understands that.

May God Bless America and our enlightened President Trump, so we can Make America Great Again in 2018.