It is understood that all conservation initiatives and non-governmental organizations (NGO) are attached to Washington D.C., they hobnob together, make their devious plans in partnership, and leave us out.

With the exposure of activity behind the Great Northern Landscape Conservation Cooperative (GNLCC), Yellowstone 2 Yukon (Y2Y), High Divide (HD), Greater Yellowstone Coalition (GYC), and others behind their conservation and connectivity agenda, Department of Interior (DOI) Secretary Ryan Zinke has now incorporated them into the DOI workforce. Created by DOI Secretarial Order 3289 and implemented by the US Fish & Wildlife Service (USFWS), these initiatives partner through the GNLCC, and it is a distinct probability that the DOI was advised of this exposure and investigated it. What better way to solve this exposure problem than to wave a magic wand and create a Secretarial Order (SO) that gives the GNLCC de facto authority to continue operating. Even the Greater Yellowstone Coalition understands this.

On February 9, 2018, while attending the Western Conservation and Hunting Expo in Salt Lake City, Utah, Sec. Zinke announced his SO 3362, which is meant to “…improve habitat quality and western big game winter range and migration corridors for antelope, elk, and mule deer.”…”…expand opportunities for big-game hunting by improving priority habitats…”, foster “…collaboration with states and private landowners and…ensure that robust big game populations continue to exist.”…and “…help establish better migration corridors…”. What a bunch of crock. In spite of all the lauding of his accomplishments on the DOI site, Sec. Zinke just pulverized anything positive for Idahoans with this SO. This SO isn’t about access to hunting, it is about putting land into conservation which leads to control over land use.

As “partners”, the DOI agencies USFWS and National Park Service (NPS) give conservation initiatives authority in the GNLCC. Primary objectives of the GNLCC are conservation of large landscapes and creation of corridors for connectivity. Essentially, Zinke just gave full authority to the GNLCC to continue in spite of the fact he revoked LCCs with SO 3349, which were created by SO 3289, and then advanced with SO 3330. SO 3362 essentially reinstates and expands what he just revoked as a directive that still has no legislative authority.

There are several key sections of the SO 3362 that require scrutiny.

Sec. 1 Purpose. This Order directs appropriate bureaus within the Department of the Interior (Department) to work in close partnership with the states of…Idaho…to enhance and improve the quality of…migration corridor habitat on Federal lands…that recognizes state authority to conserve and manage big-game species and respects private property rights.

Our Republic does not include federal partnerships with states, states are sovereign. Nowhere does this SO state that citizens or local governments are involved in these decisions, or those who would be the most impacted by land use changes. Private property is a right and protected by the Fifth Amendment and Idaho law, it is not something that can just be “respected” by a federal agency. If the DOI truly recognizes state authority then why the “partnering”?

Page two states, “…it is crucial that the Department take action to harmonize State fish and game management and Federal land management of big-game winter range and corridors…if landowners are interested and willing, conservation may occur through voluntary agreements.”

Translated this means federal policy will become state policy, “harmonize”. As a DOI program, the GNLCC is also being used to incorporate their objectives into State Wildlife Action Plans (SWAP), and while landowners may be duped into “voluntary” agreements for conservation, initiatives work to get those conservation land use policies into local comprehensive plans, which will eventually become mandatory.

3c “Within 180 days, develop a proposed categorical exclusion for proposed projects that utilize common practices solely intended to enhance or restore habitat for species such as sage grouse and/or mule deer…”. This essentially gives authority to maneuver around NEPA requirements, one of which is public participation.

Sec. 4.a.(1) …identify an individual to serve as the “Coordinator” for the Department. The Coordinator will work closely with appropriate States, Federal agencies, nongovernmental organizations, and/or associations to identify active programs focused on…migration corridors.

Again there is no citizen or local government involvement and the “and/or associations” is clearly referencing the DOI created GNLCC. This SO cements their authority and now drags in state agencies whose role up to this time has been fairly hidden in the GNLCC. Idaho Fish & Game (IDFG) will more than likely be playing a larger role in the federal agenda for placing land into conservation.

4.b.(1) With respect to activities at the State level…identify one person…to serve as the Liaison…will schedule a meeting with the respective State fish and wildlife agency…work in close partnership with the State on…migration corridor conservation.

Take note of that “conservation” wording. This is a Freudian slip by Zinke, the SO is really targeting land conservation, not improving big game hunting. IDFG already has a wildlife conservation program, one for “landowners“, and a Habitat Improvement Program for private landowners. Now a federal “Liaison” will be interfering in these state programs.

4.b.(4) Assess State wildlife agency data regarding wildlife migrations early in the planning process for land use plans and significant project-level actions that bureaus develop…. As previously stated, the goal will be harmonizing federal planning with state planning, we will be living under federal policy “that bureaus develop”.

Zinke just gave the GNLCC and conservation initiatives the authority to continue their camaraderie with the Idaho Transportation Department for integration of wildlife overpasses and fencing, forcing wildlife into different migratory paths, both which lead to the creation of a wildlife corridor and ultimate land use control.

There it is, the truth, the goal is restricting use or banning land development within or adjacent to a migratory corridor.

4.d.(3) Consult with State wildlife agencies and bureaus to ensure land use plans are consistent…to one another along the entire wildlife corridor…where…migration corridors span jurisdictional boundaries.

Zinke is referring to local comprehensive or land use plans, and jurisdictional boundaries includes private property. It is critical that citizens engage with elected officials on comprehensive plans, ensuring no reference is made to corridor protection or conservation. If local land use plans do not reference these then federal policy for corridors and conservation will be inconsistent with local policy and the feds will have more difficulty proceeding with conservation policies until consistency is reached. Coordination is in federal law, written into USFS, BLM, and FHA (23 CFR 774.5) laws, that coordination shall occur between the federal and local governments to ensure consistency between land use policies. It is not consulting, cooperating, or collaborating because coordination puts the local government on an equal footing with the feds, not subordinate. The feds do not like this law, they would like to just mow over local governments and us with their plans, without coordination, The 10th Amendment guarantees this protection for states and its citizens and recently the Idaho Senate addressed the coordination requirement in SJM103.

4.b.5(i) Habitat management goals and associated actions as they are associated with big game winter range and migration corridors;

This statement references the creation of other corridors which can include riparian, biodiversity, or ecosystems, potentially expanding federal control over land use because these habitat types extend from public land into state and private land. An example is his reference to “sagebrush ecosystems…other ecotypes…and sagebrush landscapes”. Migration corridors require other types of corridors that support wildlife. A habitat management example is the Sage Grouse, of which sagebrush protection was needed for its habitat. Translated, “Habitat Management” means conservation or protection. Not only will SWAP plans be used as they identify species and habitat of greatest conservation need, but Zinke also plans to use the Crucial Habitat Assessment Tool (CHAT) as a mapping tool for land use (4.c.).

The subject of the SO is “Improving Habitat Quality in Western Big Game Winter Range and Migration Corridors”. In that title where does it indicate the SO will “…expand opportunities for big-game hunting by improving priority habitats…”. Priority habitats are those typically protected for a game species as in the Sage Grouse example. What is meant by “improved” priority habitats? Corralling wildlife with fencing and forcing them into different migratory paths? Moving all humans and development out of the way? Creating pseudo corridors that already exist and which already cross private property without any problems?

Below are two short videos from the IUCN website, part of a series of modules on Protected Area Law (PAL). In the first video you will find the similarities (voluntary conservation, creating corridors, protect migration routes) between the SO and how it advances IUCN objectives for connectivity. When referencing protected areas, an example is the agenda currently underway to connect Island Park to Yellowstone National Park for an extension of protected land, using wildlife overpasses as the basis for a corridor. Sec. Zinke is using an SO to achieve IUCN objectives. And why wouldn’t he, the DOI and USFWS partner with the IUCN, gives your tax dollar to them, while assisting with the implementation of Agenda 21.

This West Is Our West has an excellent article, written by Clifford C. Nichols, Is Zinke ‘Migration Corridors’ order the Endangered Species Act on Steroids? His article brings out some other pertinent points on the SO.

Sec. Zinke isn’t fooling anyone. His goal is conservation and control over land use. It is appalling that all of this activity is hidden from us, stripping us of our “consent of the governed” role. Without any federal law he is sanctioning an expanded, behind the scenes, directive that further erodes our right to local representation and state sovereignty. Sec. Zinke, Idahoans have not given consent to your SO 3362. 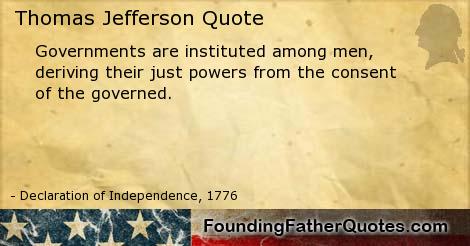