Although the North American Energy Security and Infrastructure Act of 2016 has been shelved for the time being, it and other legislation with similar provisions, pose a grave and mostly hidden threat to American sovereignty and the property rights of states, municipalities and individuals. If this Act were ever to be revived and passed it would: Supplant states’ authority and jurisdiction over their natural resources; Enable Native American Tribes to treat “Federal Forest Lands” (including national forests and national parks belonging to all Americans) as “Indian Forest Lands”; Provide Native American Tribes near U.S. national forest and park lands with federal “638” contracts to manage, oversee and control such lands and appurtenant water resources; Expand tribal political sovereignty and legal jurisdiction and control, especially over mountainous forest lands; Enable tribes to impose new federal fiduciary trust obligations on the U.S. government to protect their religious, cultural and spiritual rights; (italics taken from report).

Other congressional and state actions, regarded as reparative in nature, such as the misguided bill devised by Utah Congressmen Rob Bishop and John Curtis, giving tribal governments the power to ‘co-manage’ the new national monuments in San Juan County, also work outside constitutional boundaries, and erode the rights of localities and individuals where tribes are given such authority. ~ FRR Editor

A UN and tribal takeover?

S.2012, the North American Energy Security and Infrastructure Act of 2016, incorporates some 393 amendments. Incredibly, it is being driven forward by U.S. Senator Lisa Murkowski (R-AK) and other members of Congress behind closed doors. Probably very few have read the bill in its entirety. Virtually none understand its likely impacts on western and other rural land, water and property rights, potentially throughout America, or on the families and communities whose lives will be upended.

This secretive approach—with no opportunities for meaningful public examination or comment, even by those who will be most affected—is almost unprecedented. It could well become another example of “we have to pass it to find out what’s in it.” But numerous people will have to live with the consequences, while the authors and implementers walk away exempted, unscathed and unaccountable. 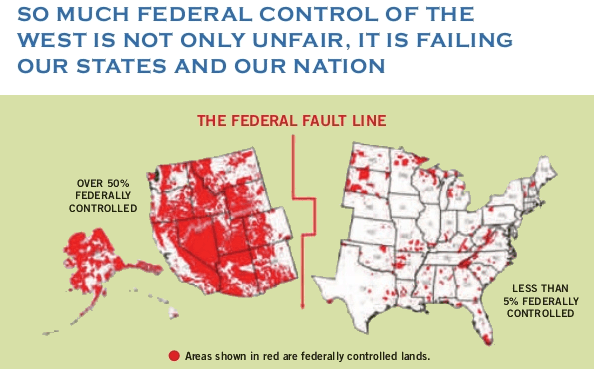 The bill’s tribal government forest management provisions are extremely harmful and could severely diminish the constitutionally protected rights of private property owners throughout the United States, the Western States Constitutional Rights consortium emphasizes. Indeed, the pending legislation is itself unconstitutional, as explained in a legal memorandum the consortium sent to 13 members of Congress.

This Montana-based nonprofit was formed to safeguard the property rights of farmers, ranchers and other land and business owners against reckless federal, state and local government laws, regulations and policies. WSCR members live on or near the Flathead Irrigation Project within the Flathead Indian Reservation, and in other parts of northwestern Montana. But their concerns are widely shared by many citizens throughout the western and rural United States. It has a long, hard road ahead on these issues.

The apparent “shell game” is likely intended to disguise a hidden agenda and confuse people. In fact, Congress is quietly considering two versions: a Senate-passed Murkowski version without forestry measures and a House of Representatives version with both forestry and tribal forest management measures (H.R. 2647, the Resilient Federal Forests Act of 2015, sponsored by Representative Bruce Westerman (R-AR) and cosponsored by 11 Republicans and 2 Democrats). Bipartisan chicanery.

On September 8, the two versions were submitted to a conference committee, to be reconciled so that both chambers can pass a bill and President Obama can sign it into law. The problems are extensive.