5. Auditor General, by Adam Beck on YouTube, Heated over Hydro One

8. A large portion of the Columbia River System electric power is being promised to Canada as part of the 2024 Columbia River System Treaty now being re-negotiated according to a statement by Washington State’s Department of Agriculture head Derek Sanderson (Inside Olympia, broadcast 11/19/2017)

10. European Platform against Windfarms and wind-watch.org/

11. Why Canadians are buying up U.S. utilities.

12. The phony ‘social cost of carbon’

13. The Positive Externalities of Carbon Dioxide and CO2 Coalition: Time to Play Offense

15. Analysis of US and State-By-State Carbon Dioxide Emissions And Potential “Savings” In Future Global Temperature And Global Sea Level Rise

16. The Economic Impact of the Waxman-Markey Cap-and-Trade Bill

17. Cap and Trade Primer: Eight reasons why cap and trade harms the economy and reduces jobs

21. What happens when forced to use renewable energy

22. StopTheseThings.com (The Truth about the Great Wind Power Fraud) and EPAW.org. (European Platform against Windfarms)

The Way It Is With Hydro One

Hydro One, a provider of electric power in Ontario, Canada wants to acquire Avista Corp., the former Washington Water Power Company, headquartered in Spokane, in a CN$6.7 billion July 2017 deal and approved by shareholders last month. The deal affects the way electricity is provided to Avista’s customers that stretch across a 30,000 square mile area. Following is what we have learned that affects Avista’s 377,000 customers in five states of Washington, Oregon, Idaho, Montana, and Alaska. 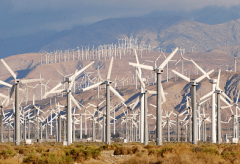 Why are Idaho’s Gas Prices so High?