Because Idaho State Representative Heather Scott is doing the fine job for which she was elected, her constituents were informed by her and spread the word, with a two day notice, with several people even driving over eight hours from South Idaho, and showing up on Veteran’s Day for a public hearing in Coeur d’Alene by the Idaho Department of Education on proposed new standards, named the Next Generation Science Standards (NGSS). 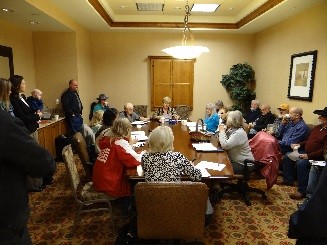 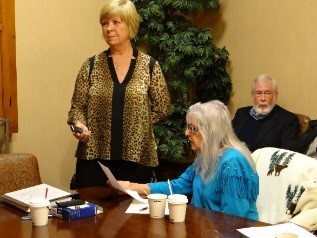 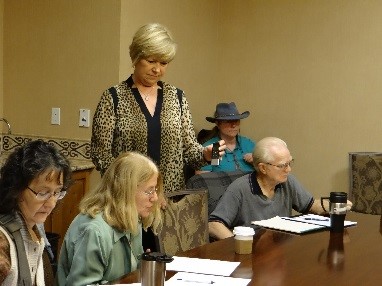 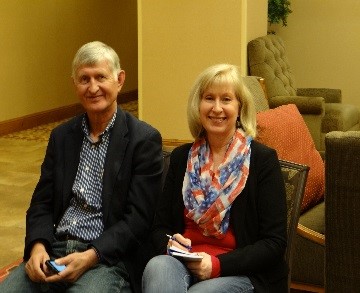 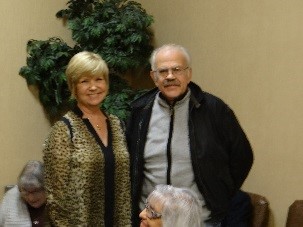 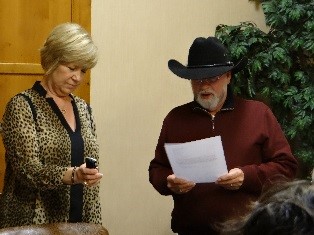 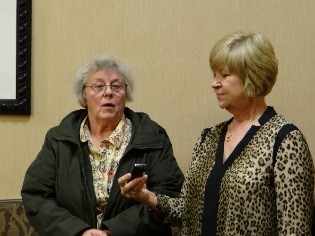 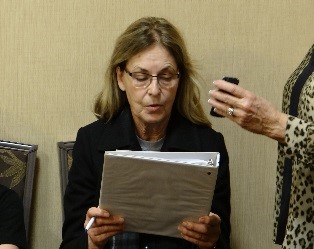 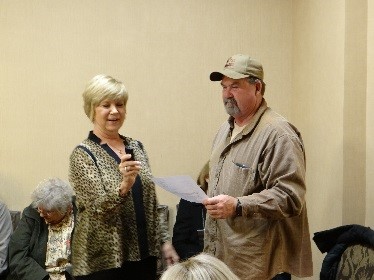 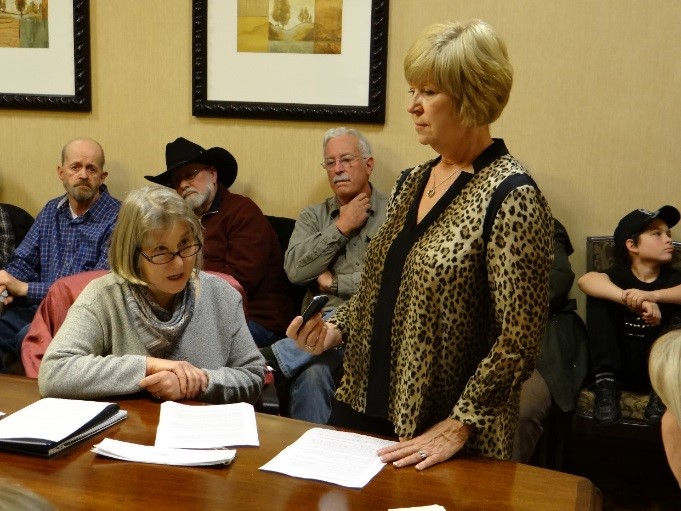 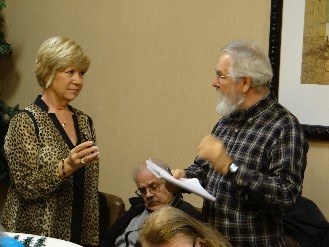 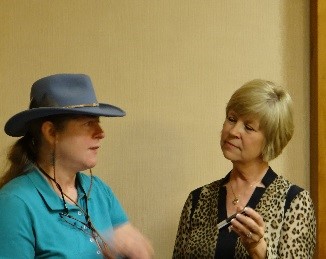 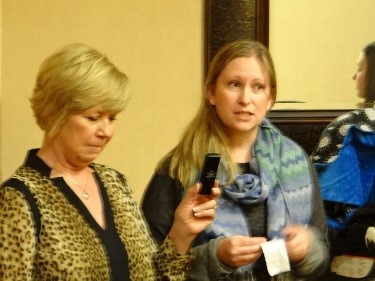 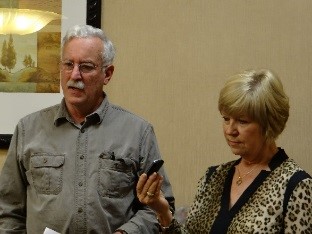 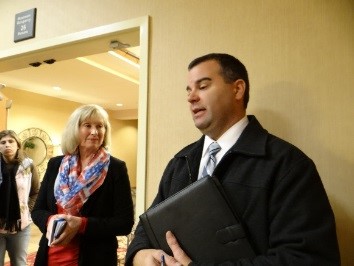 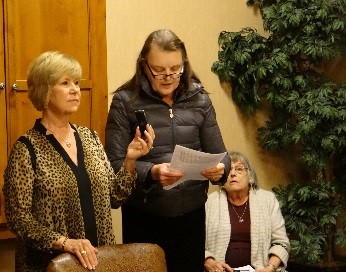 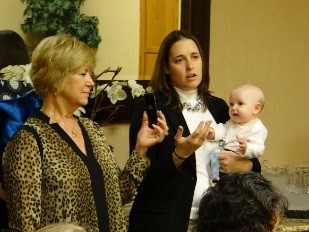 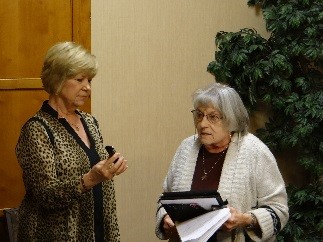 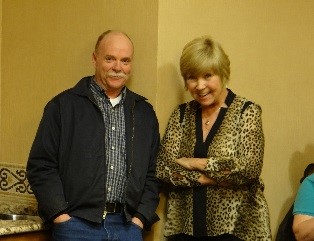 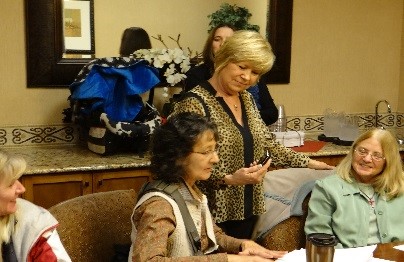 In spite of the short notice for a morning meeting on Veteran’s Day the turnout was impressive with most of the attendees reading written statements presented to Porita Flynn, executive assistant, to the Office of the Superintendent of Public Instruction. As per the department’s rules, no discussion was permitted, only written statements which Ms. Flynn accepted and audio recorded to be put into a report for the Education Committee of both the House and Senate.

Vice-chairman of the Senate Education Committee, District 8 Senator Steven Thayn and committee member, District 4 Senator Mary Souza were in attendance. Senator Thayne said that he is neutral on this issue and Senator Souza stated, “Last year our efforts were trying to attack the testing because it was the easiest one to get to. The whole Common Core standards are certainly a question.” Senator Souza mentioned that she believes that new Idaho Superintendent of Public Education Sherri Ybarra wants to do a good job for the citizens of Idaho and is taking this issue seriously.”

When asked if such a meeting was held in south Idaho, Ms. Flynn answered, yes. When asked how many people attended the meeting she answered, none. When asked how the meeting was announced to the public her answer was that it is posted on their website. Now, this reporter is just saying…, how effective is that? In this crazy age of big government wasting the kind of money it does on so much, why can’t a paltry small sum be spent on public newspaper ads for announcing these hearings on such important issues? A must read on our necessary vigilance is our last issue’s article from Representative Scott “Idaho Legislative Update from Rep. Heather Scott.”

Please read Representative Scott’s article in this issue, “Idaho’s Administrative Rules” relevant to this meeting as well as the article from Bob Compton, DVM, PhD, “Common Core and the Upcoming Next Generation Science Standards (NGSS)” also in this issue.

Many of the statements read in this hearing were from current and retired teachers: Some of the comments read were:

The well written statement from Johanna Gehlker from Rathdrum, gives some in-depth insight to a segment of these, as she says, ‘poorly designed standards:’ “Thank you for the opportunity to voice my concerns. I was fortunate to have a good early science education in my elementary years. I remember learning that science is objective, verifiable and repeatable. I am concerned that the proposed standards do not pass this basic test. One of the larger problems in our society is that science is being politicized and corrupted. This is exacerbated by our methods of funding scientific research. We do our children a disservice by drawing them into this politicized quagmire.

“I have two examples:

“Science education has a great opportunity to teach children to be logical thinkers, to learn to investigate the world, to question, explore and build for themselves. We should not squander this opportunity by adopting poorly designed standards.” Unquote Johanna Gehlker

In Kentucky, the first state to adopt Common Core, college professors are protesting that it means teaching woefully unprepared students.

Quoting Jane Robbins and Emmett McGoarty in their article ‘College Professors Begin Revolt Against Common Core’ in TheFederalist.com, “It’s been obvious from the beginning of the Common Core scheme that one of many weak links in the enterprise was college professors. What would happen when their classes were flooded with increasingly ill-prepared Common Core-“educated” students? That problem is now becoming apparent, and a professors’ revolt has now begun in Kentucky—the first state to adopt and implement the national curriculum mandates.”

Also, read ‘What Idaho educators are saying about Common Core’ and read about the on-going effort in Kansas to Opt out of Common Core in a lawsuit ‘Kansas Against Common Core.’

On the Climate Change issue that is promoted in these standards here is an important read as stated by the CATO institute in their ‘The Missing Science from the Draft National Assessment on Climate Change:’

“This National Assessment is much closer to pseudoscience than it is to science. It is as explanatory as Sigmund Freud. It clearly believes that virtually everything in our society is tremendously dependent the surface temperature, and, because of that, we are headed towards certain and inescapable destruction, unless we take its advice and decarbonize our economy, pronto. Unfortunately, the Assessment can’t quite tell us how to accomplish that, because no one knows how.

“In the Assessment‘s 1200 horror-studded pages, almost everything that happens in our complex world — sex, birth, disease, death, hunger, and wars, to name a few — is somehow made worse by pernicious emissions of carbon dioxide and the joggling of surface average temperature by a mere two degrees.

“Virtually every chapter in the Assessment perseverates on extreme weather, despite the U.N.s Intergovernmental Panel on Climate Change statement that:

“The Assessment is woefully ignorant of humanity’s ability to adapt and prosper in response to challenges. The quintessence of this is the truly dreadful chapter on human health and climate change.

“While death, disease, poverty and injustice are all conjured by warming, there is not one mention of the fact that life expectancy in the U.S. is approximately twice what it was in the year 1900, or that per-capita income in real dollars is over ten times what it was then. It emphasizes diseases that will somehow spread because of warming, neglecting the fact that many were largely endemic when it was colder and were eradicated as we warmed a bit.

“Further, it conspicuously ignores the fact that doubling the life expectancy of some 200 million Americans who lived in the 20th century is the same as saving 100 million lives. The society that achieved this powered itself on the combustion of fossil fuels. Does this community of experts understand that the number of lives that it effectively saved is orders of magnitude above and beyond it could possibly cost? It seems, given the panoply of horrors due to start pronto, to prefer that we not have emitted carbon dioxide in the first place. Perhaps they ought to look a place that didn’t. Surely part of the $3.5 billion that the US Global Change Research Program (USGCRP) consumes per year could finance a field trip to Chad, so they can see the world without cheap and abundant energy.

“And what is the purpose of this Assessment? The motto of the USGCRP says it all:

“The operative word is “empower,” which is the purpose of the Assessment. It is to provide cover for a massive regulatory intrusion, and concomitant enormous costs in resources and individual liberty. History tells us that when scientists willingly endorse sweeping governmental agendas fueled by dodgy science, bad things soon happen. To borrow the meter of Winston Churchill:

“‘Never in the history of pseudoscientific consensus will so much be done to so many by so few.'” – Unquote from the CATO Institute’s ‘The Missing Science from the Draft National Assessment on Climate Change:’

Summing all this up is my most critical words about what all this is really about. Money. Money on two fronts.

Money for our state: As a state, Idaho cannot find a way around the ‘Otter nonsense’ of accepting the role of a Washington puppet instead of ‘Patrioting Up’ and doing the hard creative work of finding methods to do without the Common Core extortion scheme.

Money for the Climatiers (my word): Al Gore and his ilk in high places globally are poised to make billions on the hoax of Climate Change promoted in these NGSS standards.

It is important that all concerned Idaho citizens on this topic spread the word to others and contact not only their own district’s senators and representatives but particularly contact the members of the two houses’ Education Committees. This most important matter needs to die quickly in the committees, “Otherwise,” as Representative Scott says, “there should be no complaining when the science our children learn is dictated by the United Nations and the International Convention on Climate Change.”