Are you “Politically Correct”? Do you have the correct politics? Can you give a definition of “politically correct”? The term “politically correct” was originally developed to promote Marxism; it is the antithesis of our First Amendment, especially the Freedom of Speech. Totalitarian enforcers of political correctness claim to be working for the betterment of society when in fact their effort is to reshape our politics, putting themselves in control.

Are you willing to lose your reputation, your job, your housing because if something innocent you said or wrote or because of a hand you shook or expression you made, simply because it “offended” some self-appointed gang of “politically correct” enforcers? Imagine you make a comment or a post, intending no offense and with no malice but one of these progressive fascists decides that you are in a class of people that needs to be on the menu. They mobilize their modern Brown Shirt minions to not attack you directly but to attack those you associate with, or your customers, or your employer. This is not spontaneous. This is following a written plan with the intent to do harm to you; to teach you a lesson and to show everyone they are in control, as they demand “accountability”.

In a Republic, we have laws that are clear and spelled out in writing. They embody the agreed-upon standards by which we conduct a civil society. Any person can read and understand what behaviors are forbidden. But imagine a situation where the law is not written and that tyrants are free to decide what is illegal. All that is needed is for a few of these tyrants to agree that you have committed an “offense” and they are self-empowered to deliver your punishment. They would consider it a job well done if they bring suffering to you, or your family, or your friends; be it financially, professionally, or personally. Sound familiar?

These tyrants act as if they are mind readers and that they know what you are “really thinking”. When what you say doesn’t match the offensive speech they wanted to hear, they will proclaim what you were “actually saying” and then condemn you for saying it. Only they can discern that certain words, phrases or inflections are actually secret codes or “Dog Whistles” uttered to instigate the imagined crime.

You committed no crime under the law. You violated no written standard. You were not presumed innocent. There was no investigation or trial. There is no appeal. There is only the punishment effectuated with a tactic typical of organized crime, intimidation. “Nice place you have here. It would be a shame if it burned to the ground. Maybe you should fire this guy who said something we don’t like. We’ll be back to check on you.”

The consequences to you are a real and measurable harm. The loss of customers, or your job, or your income is not uncommon. This is not justice. This is not the punishment fitting the crime. This is the Salem Witch “trials”, guilty until proven innocent. This is an information age lynching.

In their quest for control, these bullies claim the moral high ground as they fight for “social justice”. But what could possibly be moral about stripping a man of his ability to provide for himself or feed his family because he holds a thought or utters a word they pretend to find “offensive”? Where is the justice in the tyranny of the mob?

They claim to be inclusive, as they tell you to shut up. They claim to be tolerant but are utterly intolerant of you. They claim to be against hate speech, but their rhetoric is brimming with hate. Freedom of speech means the freedom to utter offensive speech or it means nothing at all. The only limit on free speech is speech intended to bring harm to others, which is EXACTLY the kind of speech these progressive fascists practice in their quest for dominion.

Can’t happen here you say. It already has. Right here in the city by the lake, multiple times, and elsewhere in Idaho, and across the nation. From Kavanagh to Covington, examples abound. It’s time folks; time to restore the rule of law. Let their hollow “demands” fall on deaf ears. It’s time to stand up to these bullies and bring back order, justice, equality and the Freedom of Speech. 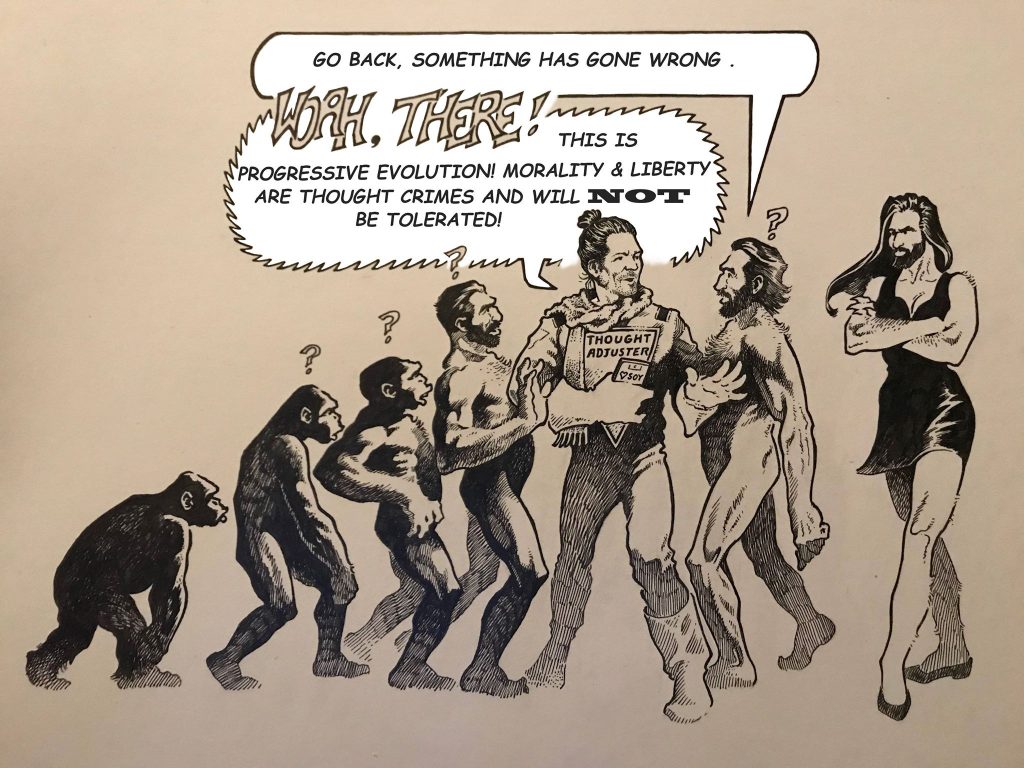