In addition to reinstating large conservation cooperatives (LCC) after revoking them through his Secretarial Order 3349, Sec. Zinke now has grand plans to reorganize the Department of Interior (DOI) which will further erode state sovereignty.

The essence of reorganizing is redrawing “regional” boundaries and moving employees out of D.C. into those regions for closer “collaboration” with states for streamlining DOI efficiency. There have been some accusations that he is gutting the DOI.

DOI regional boundaries as of December 22, 2017, are outlined in the map above.

Sec. Zinke initially reorganized departmental regions based on watersheds and ecosystems, reducing 40 regions down to 13. The first revised regional map based on that concept is below. Montana had specific issues with the state being cut in half by these boundaries. 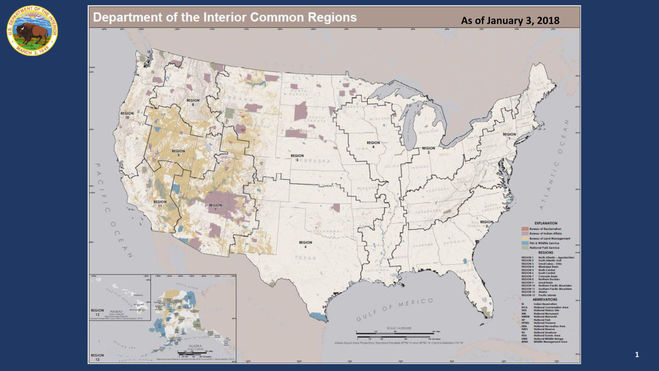 The Western Governors Association (WGA) objected to the watershed, ecosystem idea for boundaries, writing a letter to him requesting regional boundaries were based instead on state boundaries. Given one of his initial reasoning for reorganization was partly based on working more closely with states, it is ironic that he failed in the first step to create these boundaries with WGA involvement. What does that tell you? WGA also commended him on “…your addition of the goal of improving coordination among federal, state and local agencies…”. That is an interesting statement as federal law has specific coordination requirements for local governments which is different from federal and state coordination. Multiple other associations joined with the WGA and signed the letter to Zinke. Oddly enough, as a result, Sec. Zinke decided to refine his regional boundaries more closely along state lines as seen below. The WGA was “gratified” with the new map. 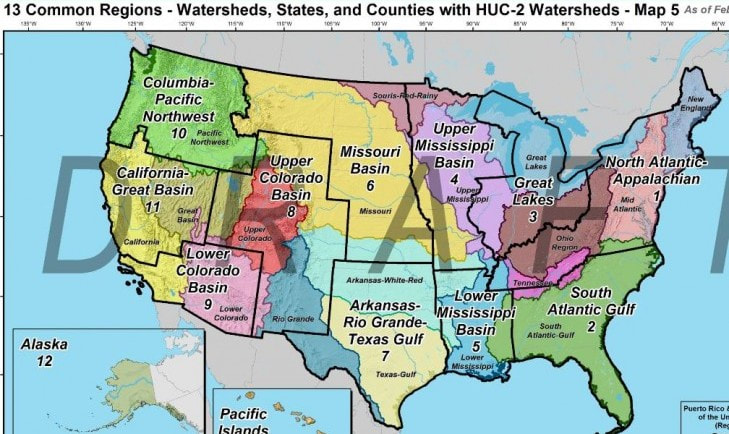 Many questions have arisen with the new DOI plan. Sec. Zinke’s plan is to assign an Interior Regional Director (IRD) in each region, whose responsibility will include coordination of missions and administrative functions between bureaus within the region. While special consultation with Tribes is mentioned, there is no mention of consultation with local governments or citizens.

Drawing boundaries along watersheds was the original intent, however the new state boundary alignment does not necessarily change that intent, “…new regional watershed-based boundaries are often adjusted to line up with the nearest state boundaries.”

As Sec. Zinke explains in this video, his thoughts about placing land into federal protection as did Theodore Roosevelt, and John Wesley Powell’s notion of land preservation and conservation, should give a clear picture of what he intends to do. Sec. Zinke adds to this with his intent to create wildlife corridors which would also cross state boundaries.

The problem with reorganizing along ecosystems and watersheds is that there is no defined boundary between federal, state, and private land. Unlike a specific tree line or boundary that can be drawn on land as it is now, an ecosystem often has no clear boundaries due to it flowing into another ecosystem, therefore an ecosystem must be managed as it has an ever-flowing connection with everything. As seen in the map below, there is no clearly defined boundary between the ecosystem elements and watersheds, they are continuous and connected. Disrupting one part affects the rest. Ecotone is a term used to describe transitions between different ecosystems but is not necessarily a boundary. 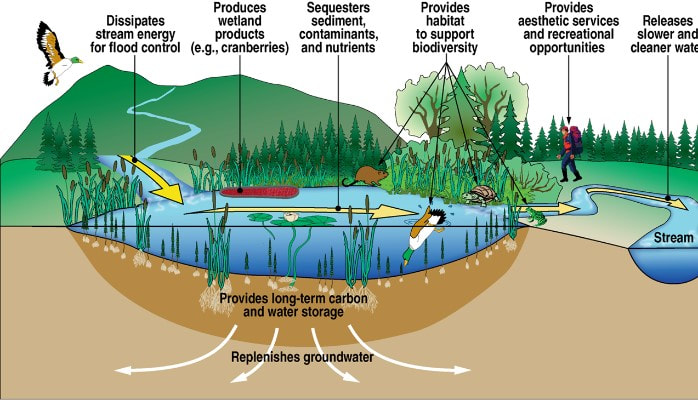 According to environmentalists, no boundaries exist in landscapes because of connectivity, and boundaries such as county and state lines that define us become irrelevant. That is essentially what Sec. Zinke is planning, creating large regional ecosystems that includes connectivity between them, providing ecosystem management, and crossing over all jurisdictional boundaries. If an ecosystem needs restoration, flowing into another over state or private land, how will Sec. Zinke manage that? If consulting and collaborating with states, it seems that the IRD will possibly need to interfere with state sovereignty for ecosystem restoration and protection.

As noted in Secretarial Order 3362, Sec. Zinke wants to “…harmonize State fish and game management and Federal land management of big game winter range and corridors.”, and establish “…a clear direction forward with each State…”. He wants to plant federal agents in each state to help bind us further together with the federal government. Where did he formulate the idea that the DOI determines the forward direction of our state? Our Founding Fathers must be turning over in their graves.

As a International Union for Conservation of Nature (IUCN) member, Sec. Zinke will most likely bind us to their notion of ecosystems and managing them through DOI agencies. The IUCN already has a Red List of Ecosystems with categories and criteria for micromanagement on restoration and protection.

As yet, this reorganization has not been approved by Congress. If you would like to provide feedback on this reorganization, you can contact the DOI here. Let Sec. Zinke know that we have sovereignty and do not want the federal government coming to our state for harmonization between state and federal policies, and that Idahoans will decide how our land is managed.