— Published with Permission of LibertyNation.com —

Vox Correspondent Carlos Maza deserves a medal. He has single-handedly exposed a deep, hidden bias in the establishment media — and Americans are infuriated.

In a recent video on Vox, the intrepid Maza revealed the fact that the press refuses to launch enough unfair attacks on the Trump administration. He excoriated them for their failure to “convince the American public that conservatives are nothing more than hideous monsters who want to eat your children.” Maza said:

The norm in American media is that journalists shouldn’t get flustered or outraged or even emotional about the political disputes they are covering. They should present the facts, let panelists argue about it, and then move on.

Mr. Maza has touched on an important point: the media is not emotional enough. Since November 2016, there haven’t been enough journalists crying on camera because Donald Trump won the election. CNN’s Wolf Blitzer can’t even be bothered to allow his voice to crack when reporting on the Trump administration’s latest evils. It’s a valid point — if Democratic Congressman Chuck Schumer (D-NY) can publicly shed tears over the travel ban, the establishment media should have no problem bawling uncontrollably because a crass, egotistical businessman defeated the heroic Hillary Clinton.

Maza, along with the seven people who watch him, believes that the establishment media has neglected their duties — especially when it comes to healthcare:

Take the recent senate healthcare vote. Republicans voted to consider a bill without knowing what was in it. They tried to pass it in the dead of night with no committee hearings. And the bill was so bad they made Paul Ryan promise not to pass it, hoping that they would come up with something better before it was too late.” That’s a gross hijacking of the legislative process. It’s gambling with the lives of millions of people. Even conservative commentators called it “disgraceful. But on CNN? Business as usual.

Let’s face it — the left-wing news media did not do enough to attack Republican lawmakers for attempting to repeal a law they were elected to repeal. Their refusal to criticize the GOP for seeking to get rid of an unpopular law is an example of journalistic dereliction of duty. The left had a clear avenue of attack: Republicans were trying to slam a healthcare bill down the throats of the American people without even knowing what was in the bill. Nancy Pelosi famously said that Republicans needed to pass the bill before Americans could know what was in it — before shaking herself awake and realizing that she wasn’t shilling for President Obama anymore. CNN, the bastion of objective news reporting, dared to treat this as a regular news story.

If they were serious about doing their jobs, CNN would have told the public that GOP lawmakers were planning to swarm D.C. hospitals to rip sickly Americans out of their beds and toss them into the street. MSNBC could have chimed in to let us know that Paul Ryan and Mitch McConnell would pull up a chair and munch on popcorn while watching these poor people die. But they didn’t. Instead, CNN published these all-too-flattering headlines:

“Trumpcare: Has misinformation won the day?”

At the end of his brilliant prognostication, Maza rightly proclaimed that the media is providing “misleading news coverage” to the American public. According to the Vox correspondent, the media has a more pernicious type of bias:

Journalists feel compelled to treat every news story like the one that came before it. They just can’t admit that something abnormal is happening. It’s important to recognize this as a form of bias. Call it ‘normalcy bias’, and that normalcy bias ends up making for misleading news coverage. 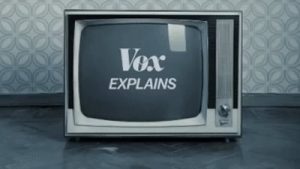 Carlos Maza has touched upon a crucial point here — the media is not biased enough. Sure, news outlets try to convince the American public that the Trump administration as a bunch of Muslim-hating, gay-bashing, sheet-wearing KKK acolytes who want to commit genocide against every American who isn’t a white Christian male, but they could be doing so much more. It’s that pesky “normalcy bias” at work.

News organizations must stop taking it so easy on the Trump administration. After all, they gave Obama such a hard time, right? When conservatives say they want to limit illegal immigration, journalists must expose the fact that these xenophobes are going to round up every single Mexican man, woman, and child and ship them to Ensenada. If the president takes a tough stance against North Korea, news outlets should claim that he wants to annex Korea — after annihilating as many Koreans as possible, of course. When conservatives criticize President Barack Obama, the establishment media must ensure the American public knows that the GOP is a bunch of racists who want to put black people back in chains – oh wait, that’s already been done.

American news outlets can and must do better. Instead of treating the Trump administration as saints, they must engage in blatantly-biased reporting. Only then will they be fulfilling their sacred duty as journalists. Or so the story goes on the left. 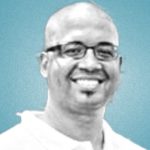 A self-confessed news and political junkie, Jeff’s writing has been featured in Small Business Trends, Business2Community, and The Huffington Post. Born in Southern California and having experienced the 1992 L.A. Riots up close and personal, Jeff’s insights are informed by his experiences as a black man and a conservative.