In all the sordid news we hear entirely too much of from the Justice Department investigating President Trump there’s hardly ever a word mentioned about Attorney General Jeff ‘I’m recused’ Sessions except maybe in passing because it seems he’s officially really recused, almost like in, ‘I don’t have to pay attention to anything that the establishment Dimms and RINOs don’t want me to get involved in.’ Where is he and what has he been doing? Really!

Recent calls for his resignation or firing are probably what has finally prodded him to surface claiming to open an investigation on the FISA secret court using his powerless Inspector General for the task. As Congressman Mark Meadows (R) NC says, “It’s not enough, it should really be about a Hillary Clinton investigation.” Given his department’s track record so far, I will expect he’ll find a way to tamp down any findings to a meaningless level. It appears he is owned by the deep state.

He’ll probably re-submerge into wherever he dwells uninterested in pursuing all the crimes of the Clintons, Obama and the Teflon democrats. We’ve rarely seen Jeff Sessions except in file footage and he may surface occasionally to show he’s doing busy work on such important matters as marijuana laws and the opioid epidemic which are really not even the federal government’s purview but that of the individual states under our Constitution. Drug smuggling and border protection are his oversight responsibility.

So ok, Jeff may spend some time on tertiary issues, but what this nation needs to see is justice meted out by an aggressive Attorney General to what seems to be a horrendous quantity of brazen crimes committed by politicos ranging from the Clintons to Obama with a lot of their closest confidants in lockstep in crimes against the United States.

You’ve got to wonder if he’s asked permission of the guy who is really running the Justice Department, Rod Rosenstein.

This special council sham created under the obvious auspicious of the deep state by its good soldiers ‘everything’s Rosie’ Rosenstein and comrade Mueller consumes all the attention of their supportive ‘Fake News’ big media as well as the real investigative world of real news from such as Fox News, Fox Business News, The Washington Examiner, Judicial Watch, Freedom Watch, TheNewAmerican.com, ConservativeHQ.com, ReNewAmerica.com, FreedomOutpost.com and some great conservative radio programs.

It appears our Department of Justice (DOJ) is about basically one thing, and that is what could be called the ‘Rosenstein and Mueller Show’ which is dedicated to only one purpose, getting Trump. That one effort is apparently all the DOJ is about except finding ways of backing up dirty bureaus of our Federal government such as the DOJ, FBI, CIA, DNI and IRS.

Would Jeff Sessions please come out from the shadows and answer a question for us? Where is the ‘justice for all’ to which we pledge our allegiance? Americans have seen the Clinton Crime Family, what I call the Teflon Democrats and Obamas many scandals supported by the Fake News media escape anything resembling justice for too many years. Americans are madder than hell by now at this travesty.

There is so much real crime and evidence to investigate and prosecute and there is not even news of a cursory effort to pursue it. So where is Jeff? I say he is laying low out of sight at the behest of his deep state handlers, been threatened, payed off or can’t perform because of health or just plain ineptness. The point is there is no there there.

We need a performer at the helm of Justice like Rudy Giuliani was when he cleaned up the New York City Police Department and busted up the Mafia crime families which were both extremely successful undertakings.

America needs Rudy or a ‘Rudy like’ to clean up a whole lot of government corruption and one who will pursue and prosecute the travesties of the Clinton’s, this whole Dossier debacle, the Teflon Democrats and especially uncover the many scandals of Obama’s. Also see: ‘A look at the terrible things Jeff Sessions did as attorney general of Alabama.’

Americans have seen so much scandal and corruption in government that has gotten a complete pass from justice, just seeing it has become fodder for the young who were brought up on the socialist agenda of Common Core and blinded of the ability to think for themselves by sorry socialist college professors, to go out into the world talking about socialism totally disillusioned about what America actually is. They and the rest of America must see real justice prevail.

It is time for Mr. Sessions to go because there is so much that has not been dealt with and he’s obviously not up for it. We need a Rudy Giuliani and he is no Rudy Giuliani.

Should he not go as I suspect, President Trump needs to say what he says well: “You’re fired!”

Then its Rudy time or time for a Rudy like.

WHERE IS JUSTICE FOR THE DIMMS’ CORRUPTION MADNESS? 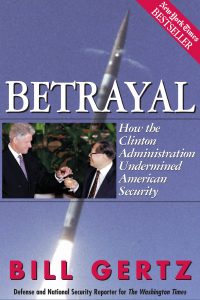 BILL CLINTON: This is 7 pages long. Please go to: The Clinton Legacy

HILLARY CLINTON: This is 23 pages long. Please go to: Hillary’s 22 Biggest Scandals Ever 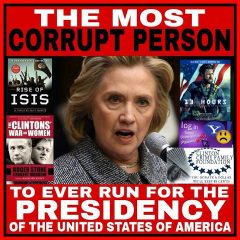 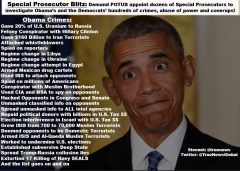 This list doesn’t even touch on all the Clinton, Obama and deep state corruption being covered up by DOJ’s Rosenstein/Mueller ‘investigation’ of President Trump.

SESSIONS SHOULD NOT PICK ANOTHER SPECIAL COUNSEL

Picking special counsels is not something Jeff Sessions does well! For the sake of your grandchildren, make sure it is not him that would pick one. An effective ‘Rudy like’ Attorney General could pick a good one like Larry Klayman who is actually campaigning for just that job. See: ‘Why I should be appointed special counsel’

There are no end of good constitutional conservatives that are calling for a second special counsel to be picked ASAP and I cringe every time I hear it because I am quite confident that ‘I’m recused’ will once again be told by his handlers what Robert Mueller clone would be perfect for the charade of another cover-up. Better to wait for a replacement A.G.

Again, where is justice? If A.G. Jeff Sessions doesn’t begin aggressively attacking these obvious crimes with meaningful investigations and prosecution immediately, he needs to resign or be fired! America is crying for an effective AG and that is obviously not him. President Trump and congress can find a lot of candidates better than “I’m recused” Sessions.