Politically, nothing feels better than to exclaim ‘Throw them all out!’ because a majority of us who are paying attention are madder than hell! How often do you hear others say with conviction that the answer to our problems is term limits?

Most of us don’t give serious enough consideration to what that process would entail, however.

That is to say, we haven’t thought about the fact that the people that voted for those that will leave are the same people that will vote for the replacements. Do we actually believe new upstarts will speak differently and vote differently with the same amount of inattentiveness paid them by their constituents?

THE FAULT OF IT ALL

The answer to this chronic problem with inattentiveness is: Watching how they vote! That is done by watching voting indexes. The Idaho Freedom Foundation puts out The Freedom Index and in Washington DC an excellent voting index also called The Freedom Index has been published for years by the John Birch Society (JBS) in their New American magazine.

The reason America is in the sad state it is today is revealed in the JBS National Freedom Index that shows both the House and the Senate voted 34% with our Constitution in the last six-month index of the 114th Congress.

Their statement on that voting index: “‘The freedom index: a congressional scorecard based on the U.S. Constitution’ rates congressmen based on their adherence to constitutional principles of limited government, fiscal responsibility, national sovereignty, and traditional foreign policy of avoiding foreign entanglements. To learn how any representative or senator voted on the key measures described herein look him or her up in the vote charts.

“The scores are derived by dividing a congressman’s constitutional votes (pluses) by the total number he casts (pluses and minuses) and multiplying by 100. The average score for this index (votes 31 to 40) is 34% for both the House and Senate. Two representatives and one senator earned 100%. We encourage readers to examine how their own congressmen voted on each of the 10 key measures as well as overall. We also encourage readers to commend legislators for their constitutional votes and to encourage improvement where needed.”

America is not supposed to be a ‘Magic Kingdom’ providing material and monetary benefits for its citizens and certainly not for non-citizens (illegal aliens). America is, most simply put: …about personal responsibility and freedom. REAL FREEDOM is about the freedom to win and the freedom to benefit from learning when not attaining our goals and then moving on strengthened from the experience. The consequences of our run-away big government’s guarantees, freebie phones, entitlements, subsidies, welfare fraud, grant abuses, government lies, redundancies, waste, manipulated loan interests, covert propaganda, travel and expense abuses, fraudulent loans, fixed bids, bribery & kickbacks, ‘stimulating’ beer & cigarette sales, overreach, utter theft, and the damaging deceitful free trade programs that have been foisted upon us actually damage our freedoms by penalizing our costs, unbalancing our commerce and markets while de-incentivizing our citizens. 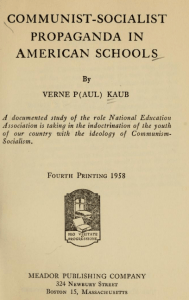 We are experiencing the utter death of common sense in America, and we must recognize the overwhelming onslaught to our way of life by government itself because of most Americans’ apathetic refusal to pay attention to how their elected representatives are voting with our Constitution in order to keep America truly free and competitive.

As government grows our freedoms are diminished because of the constant and enormous strangulating costs of taxes and regulations. Freedom’s cancer is big government! (Click this link, A Must See!) There is just too much ‘social’ in government, (trying to do for everybody.) Can you say Socialism? It’s being taught in our schools and universities, you know. And our elected officials, asleep at the ‘reality switch,’ are helping it grow with every ‘do good,’ ‘bring home the bacon’ abuse they concoct or support at the bidding of their lobbyist buddies and their orchestrated party leadership. This socializing of America is not a party thing. Both parties are guilty. The Dem’s are in our face with it and much of the Grand Old Party are supporting socialist issues when they actually vote most of the time, in spite of their own platform. It is not about their platform, what they say and hugging babies! It’s all about what they do and how they vote!

SAMUEL ADAMS SUMMED IT UP PERFECTLY IN 1790:

“Much safer is it, and much more does it tend to promote the welfare and happiness of society to fill up the offices of Government after the mode prescribed in the American Constitution, by frequent elections of the people. They may indeed be deceived in their choice; they sometimes are; but the evil is not incurable; the remedy is always near; they will feel their mistakes, and correct them.

“Let’s use frequent elections to restrain any legislator who abuses his access to power, not rely on nanny state “term limits” to restrain our liberty. And let us take the shackles off of states and encourage them to exercise their power to refuse to enforce any act of the federal government that exceeds the power given to it in the Constitution.”

OUR FUTURE LIES IN ACCOUNTABILITY

Nothing is more important to the future of our Republic than for our citizens to learn our Constitution, start watching voting indexes, informing others to do the same, holding our elected officials accountable and culling them at the voting booth as soon as they go against their oaths they swore.

Now, having said all this, I too, know how strong the urge is to want to shout “Throw them all out,” because I too am madder than hell. But, it would be a big exercise in futility. We must hold them accountable and cull them selectively for poor performance just like any other employer. You know the words…”You’re fired!”