— Published with Permission of KrisAnneHall.com —

In light of President Trump’s nomination of Brett Kavanaugh to the Supreme Court, the left hasn’t changed its playbook. So, it is no surprise to hear claims that appointing an “Original Intent” Justice will bring back Jim Crow and chattel slavery. A reasonable look at history (which is not to be expected from the left) should give rise to the opposite conclusion. A SCOTUS Justice who follows original intent should be viewed as a safeguard against a racist court. IF you will read to the end you will understand what I mean.

The infamous case of Scott v. US (The Dred Scott Decision) was NOT an example of Original Intent but of judicial activism. In Scott v. US the Supreme Court through a series of historical errors, ignorance and racist reasoning wrongly declared that the Constitution never intended to make black men citizens and therefore intended for them to be property. They ignored the history of freed blacks in America, ignored the drafters’ own words, and inserted meaning into the Constitution’s text that could not be found in its plain reading.

The court’s judicial summary of the Dred Scott case is rich with historical revision and falsehoods and demonstrates the court’s venture outside of the text. The court claimed, “The only two clauses in the Constitution which point to this race treat them as persons whom it was morally lawfully to deal in as articles of property and to hold as slaves.” Of course, there are no clauses in the Constitution that identify the “African race,” this was read INTO the text by the racist court. The clauses in question reference persons who are “other than” freeperson and a “Person held to Service or Labour.” This could equally apply to the over 300,000 English, Irish, and Scottish slaves brought to the American colonies between 1618 to 1775. Yet, we do not hear the racist Dred Scott Court or any other person for that matter attempting to argue that an Irishman, Scotsman, or poor white English slave would not be a citizen if freed; that their children if born free would not be citizens. 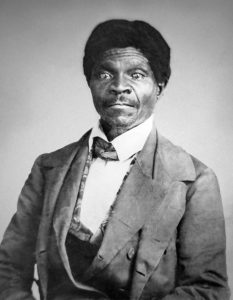 Again, the racist court (not the Constitution) falsely claims; “A free negro of the African race, whose ancestors were brought to this country and sold as slaves, is not a “citizen” within the meaning of the Constitution of the United States.” This lie is then expanded by Justice Daniel in his concurrence when he says, “Now the following are truths which a knowledge of the history of the world, and particularly of that of our own country, compels us to know — that the African negro race never have been acknowledged as belonging to the family of nations;”

This of course runs contrary to the fact that Great Britain treated freed black men as citizens. In 1653, one of the first legal cases brought before the British courts regarding the permanent institution of slavery, was brought by a black man named Anthony Johnson, who was a citizen, property-owner and slave-owner claiming his slaves were not indentured but permanent property. Prior to this case most slaves were indentured and could complete their term of service or purchase their own freedom, making them freemen and citizens. The scourge of chattel slavery spread rapidly after this decision and Afrocentric slavery grew to be the central character of this diabolical trade.

Yet there were many freed slaves who were treated as citizens in the American States during and after our war for independence. These men and women fought for our independence, they owned property, they created businesses and charitable organizations, and they were considered valuable members of society. Look to the history of Crispus Attucks, George Middleton, Lemuel Hayes, or James Forten to name just a few. You have to wonder why those who want to celebrate Black Heritage refuse to acknowledge those freed black men and women who helped fight for and found this nation.

In the modern wave of racial division under the guise of defending equality, it is conveniently ignored that most of the State representatives in Convention opposed the continuance of the slavery. A small number of slave states, capitalizing on the founders’ fears of not building a strong Union to withstand future assaults by Great Britain, bullied the convention. They forced the Convention into compromising on the slavery issue – deciding to sunset slavery instead of end it immediately. Far from celebrating this compromise, many founders like James Madison regretted that they did not face the situation and end it then and there.

In 1787 George Mason, aka the Father of the Bill of Rights suggested that

“This infernal traffic originated in the avarice (greed) of British Merchants. The British Government constantly checked attempts of Virginia to put a stop to it.” 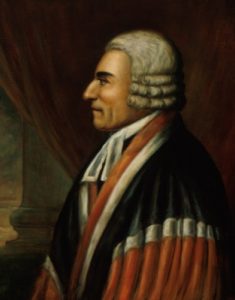 This notion was not an isolated view as evidenced by the Massachusetts judge in the Quock Walker Case of 1773 referring to the alleged slave laws,

“that they had been considered by some of the Provinces [to be] laws as actually existing among us, but nowhere do we find it expressly established. It was a usage which took its origins from the practice of some of the European nations, and the regulations for the benefit of trade of the British government respecting its then colonies. But whatever usages formerly prevailed or slid in upon us by the example of others on the subject, they can no longer exist.”

The racist court in Dred Scott could have easily referred to the Quock Walker judge’s more accurate assessment:

“And these sentiments led the framers of our constitution of government 13 ¾ by which the people of this commonwealth [Mass.] have solemnly bound themselves to each other to declare ¾ that all men are born free and equal, and that every subject [person] is entitled to liberty, and to have it guarded by the laws as well as his life and property. In short, without resorting to implication in constructing [analyzing] the constitution, slavery is in my judgment as effectively abolished as it can be by the granting of rights and privileges wholly incompatible and repugnant to its existence. The court are therefore fully of the opinion that perpetual servitude can no longer be tolerated in our government, and that liberty can only be forfeited by some criminal conduct or relinquished by personal consent or contract.

Even Thomas Jefferson suggests that it was not the initial choice of the colonies to participate in slavery but a mandate by their then government of Great Britain:

“The abolition of domestic slavery is the great object of desire in those colonies where it was unhappily introduced in their infant state…Yet our repeated attempts to effect this by prohibitions, and by imposing duties which might amount to prohibition, have been hitherto defeated by his majesty…” T. Jefferson, July 1774

Once our independence was in motion, the mechanisms to end slavery were in motion. Roger Sherman, a delegate from Connecticut remarked in the federal convention on 22 August 1787, “that the abolition of slavery seemed to be going on in the U.S. & that the good sense of the several States would probably by degrees compleat (sic) it.” Oliver Elsworth, also a representative to Connecticut very confidently stated in 1787, “Slavery in time will not be a speck on our country. Provision is already made in Connecticut for abolishing it. And the abolition has already taken place in Massachusetts.” 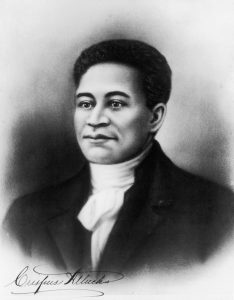 The unfortunate truth was that slavery, having been forced on the colonies from infancy had created a cultural apathy in some sectors and economic dependency in others. The drafters concluded (rightly or wrongly?) that in order to create a Union which could end the institution of slavery, there had to be an agreement to gradually wean society from this despicable addiction. In 1788, James Madison explains this serious dilemma:

“Great as the evil [slavery] is, a dismemberment of the Union would be worse. If those States should be disunited from the other States for not indulging them in the temporary continuance of this traffic, they might solicit and obtain aid from foreign powers.”

Madison continued to make the point that if these States were to gain this foreign aid, the institution of slavery may never be abandoned by those States and there would be nothing to stop those States from bringing discord or even war to their neighboring States over the dissolution of slavery. In hindsight some would say that such an outcome was inevitable in either case.

The documented Original Intent of the drafters is a complete contradiction to the opinions and precedents of the Dred Scott Court. This Supreme Court claimed the Constitution declared black men property. James Madison, the father of the Constitution, states the exact opposite:

“[The Convention] thought it wrong to admit in the Constitution the idea that there could be property in men.”

This Dred Scott Court claims that black men were never to be considered free citizens by the drafters of the Constitution. Future supreme Court Chief Justice John Jay, co-author of the Federalist Papers, founder of the African Free School contradicts the court’s assertion:

“It is much to be wished that slavery may be abolished. The honour of the States, as well as justice and humanity, in my opinion, loudly call upon them to emancipate these unhappy people. To contend for our own liberty, and to deny that blessing to others, involves an inconsistency not to be excused.” 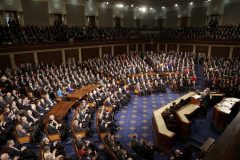 In 1810, James Madison even made this demand of our Congress in the future, based upon the Original Intent of the drafters of the Constitution:

“American citizens are instrumental in carrying on a traffic in enslaved Africans, equally in violation of the laws of humanity and in defiance of those of their own country. The same just and benevolent motives which produced interdiction in force against this criminal conduct will doubtless be felt by Congress in devising further means of suppressing the evil.”

When Congress passed the legislation to end the traffic of slavery Thomas Jefferson made this statement:

“I congratulate you, fellow-citizens, on the approach of the period at which you may interpose your authority constitutionally, to withdraw the citizens of the United States from all further participation in those violation of human rights which have been so long continued on the unoffending inhabitants of Africa, and which the morality, the reputation, and the best interests of our country have long been eager to proscribe.”

Remaining bound to errant precedent established by supreme Court justices simply because legal tradition says so, truly enslaves all Americans to the whims and motives of nine individuals in a quasi-oligarchical rule. 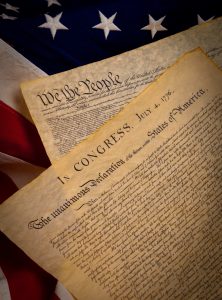 When they penned and signed their pledge to these words, they meant it just as it was written. In fact, Jefferson’s original draft was even more pointed in its anti-slave stance. They could have very well written “all free-men or white men are Created equal” but they did not. They were declaring that this Creator they reference made ALL MEN (gender neutral application) in His image and that through this creation all are inherently free. Even as some of these men struggled to extricate themselves from the dominant feature of their time (Jefferson most notably), they knew that the seed of liberty the sowed in their day would grow and that future generations would be able to fully realize the drafters’ dream of Liberty and Justice FOR ALL. This is what Original Intent means. This is why Original Intent should be viewed as a safeguard for all people. 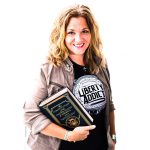