Let us suppose that Vladimir Putin did successfully ‘hack’ election computers in our Presidential election. So now the question really comes down to who he would have preferred dealing with as our next president. Would he have preferred a guy he doesn’t know, whose successful business career has been built on accountability and credible relationships? Or would he prefer the wheeling dealing ethics-deficient treasonous Clintons he knows he can buy off like he did with their obtaining 20% of our Uranium supplies through a company in Canada while Hillary was Secretary of State? The Clintons reportedly raked in $130 million on the deal. It appears political relationships can be surprisingly rewarding and create downright landslide opportunities. What a country!

Is that not rich? Hillary and Bill take massive bribes from Putin cronies to transfer ownership and control over the fuel for our nation’s nuclear power plants (which provide one-fifth of our national electrical energy) and our nuclear weapons to Putin & Company — and then accuse her opponent of being in bed with Putin! Like the brazen thief who makes his getaway by pointing at a random passerby and yelling “Stop! Thief!” Hillary is hoping to distract the American electorate from her own corruption, criminality, and treason by accusing her opponent of the very thing of which she herself is most guilty. That is hardly surprising considering the crime wave that has followed Team Clinton all the way from the governor’s mansion in Little Rock to the White House, to the Senate, to the Clinton Foundation, and on to Foggy Bottom — and beyond. Remember the Clintons and Whitewatergate, Chinagate, Filegate, Fostergate, Travelgate, Troopergate, Lincoln Bedroomgate, Bimbogate, Pardongate, Wacogate, etc., etc., ad nauseum? The Clintons’ penchant for criminality virtually saturated our political vocabulary with new “gate”-suffixed scandals.

“But wait — the Uranium One deal, as important and stunningly corrupt as it may be, is only the proverbial tip of the iceberg. As we have been reporting here for years, Secretary of State Hillary Clinton has been one of Putin’s biggest enablers, facilitating enormous transfers of advanced technology to the Russian regime she now sees as a threat. It was Secretary Clinton, please recall, who, in May 2009, presented Putin’s Foreign Minister Sergey Lavrov with a red “reset” button, and then mugged with Lavrov in a giggly photo-fest celebrating the U.S.-Russian “convergence” agenda. Clinton and Lavrov then served as joint coordinators of the U.S.-Russian Bilateral Presidential Commission established in July of that year by President Barack Obama and Russian President Dmitry Medvedev. The annual reports of the Bilateral Presidential Commission are replete with chummy photos of Clinton-Lavrov, Obama-Medvedev, Biden-Putin, etc., as well as details of the many deals worked out to give technology, know-how, capital, and other resources to Moscow. 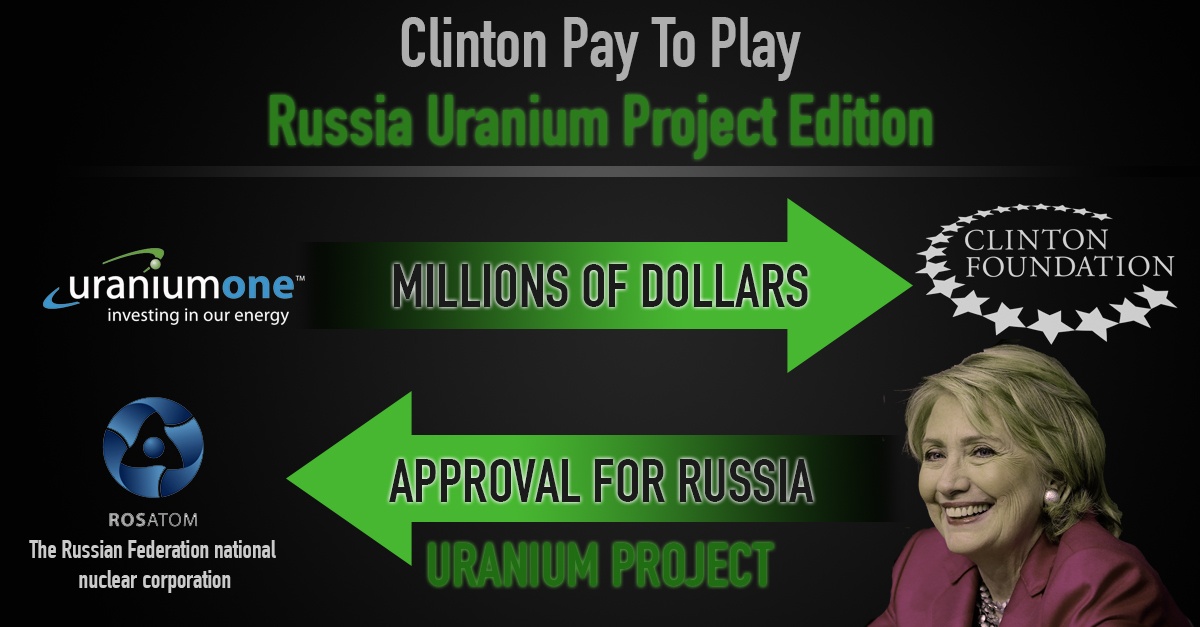 “Among the many important projects of this type promoted by the Clinton-Lavrov team is the huge Skolkovo Institute of Science and Technology, which we warned about repeatedly in The New American as far back as 2010 (see, for instance, “‘Breathing Pixie Dust’ Investing in Russia,” August 5, 2010). Putin’s new Skolkovo research and innovation center on the outskirts of Moscow, heralded as “Russia’s Silicon Valley,” is benefiting from billions of dollars of investment and prime technology from Cisco Systems, Boeing, Microsoft, Intel, Hewlett-Packard, General Electric, and other U.S. tech giants, thanks to support and promotion by Hillary Clinton and Barack Obama.” Unquote from The New American Senior Editor William F. Jasper in his article Who’s in Putin’s Pocket — Clinton or Trump?

Lest We Forget Chinagate, The Most Serious Scandal in US History! – The Clintons should have been convicted of Treason and sent to prison long ago for life for this outrageous treasonous scandal alone. How corrupt is Hillary? See: The Top 100 Most Damaging Wikileaks (so far) She is truly a person that a guy like Putin can prosper from.

ANOTHER MOTIVE FOR RUSSIA TO FAVOR THE CLINTONS

Quoting from an essay on George Soros from a website named DISCOVERTHENETWORKS.ORG – A Political Guide to the Left: “Around the time that George Soros initially launched his Manhattan-based Open Society Foundations, he established what would prove to be a warm and enduring relationship with Bill and Hillary Clinton, the new American President and First Lady. When the Clintons took office in early 1993, they faced the daunting task of helping the collapsed Soviet empire rise from its ruins and cultivate a harmonious relationship with the United States. To lead this endeavor, President Clinton appointed three men: Treasury Department official Lawrence Summers, Vice President Al Gore, and soon-to-be State Department official Strobe Talbott. Talbott, in particular, was given a large degree of authority, prompting some observers to dub him as Clinton’s “Russian policy czar.”150 It so happened that Talbot had an exceptionally high regard for the financial expertise of George Soros—describing him as “a national resource, indeed, a national treasure”—and thus he recruited the billionaire to serve as a key advisor on U.S.-Russian matters.151

Yet when you Google: Putin and Clinton there are almost countless pages from the big media spinning that Putin detests Hillary. He actually might detest her but don’t you understand that he knows he can cut favorable deals for himself with her for a price.

Smartmatic, a UK based company, is a George Soros-linked company that has provided voting technology in 16 states including battleground zones like Arizona, Colorado, Florida, Michigan, Nevada, Pennsylvania and Virginia.

Once again I hear those legendary words of Coach Vince Lombardi: What the hell is going on here!!!