Article 1 Section 1 of the Idaho State Constitution states, “INALIENABLE RIGHTS OF MAN. All men are by nature free and equal, and have certain inalienable rights, among which are enjoying life and liberty; acquiring, possessing and protecting property; securing happiness and securing safety.” 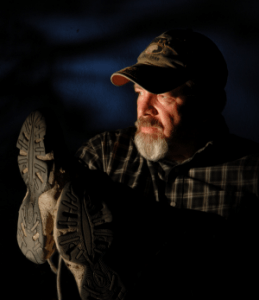 This week, we all watched as another American city burned. Perhaps some uttered, “Thank God that we don’t live in Baltimore”. Whoa, whoa, whoa, I am about to prove that you do.

The idiot Obama, having no understanding of INALIENABLE RIGHTS, urged the Baltimore police to show restraint. The equally clueless Baltimore mayor, Stephanie Rawlings-Blake, stated, “we also gave those who wished to destroy, space to do that”. A high ranking member of the Baltimore PD has stated that he was ordered to stand down, stating that the Mayor said “Let them loot, it’s only property”.

From Obama to the most insignificant American, the courage to stand, to make hard choices, even Constitutional choices has been mostly lost. Try to imagine the result if the police and the good citizens of Baltimore had appropriately responded to the first thrown brick. Chances are that the incident would have never made the news because the incident would have never become an incident.

Idaho is the sixth largest welfare state in the nation. Only five other states rely more on federal funds. This state sponsored attitude is contagious. A high percentage of the people are on assistance, and they crawl. My own Rockland valley is largely in CRP contracts because the once proud farmer has learned to crawl. My town and the businesses in that town are on their knees for want of federal crumbs for which they will lick the boots of the master. As we have become a state of crawlers the result can be seen in our lagging incomes, sinking education and more. The people have become frustrated and angry and we are a powder keg. 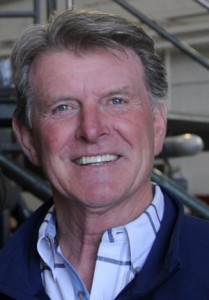 Butch Otter has just called a special session of the legislature so that he can have another run at SB1067.

This bill destroys state sovereignty on two counts. First, it allows federal control over matters for which there is no Constitutional authority. Second, it makes Idaho law subservient to foreign law, foreign tribunals and foreign governments. Any Governor that will allow this is a criminal and a traitor to the State of Idaho. Otter is allowing.

This bill has already been heard and rejected by the Legislature. Who is responsible to write law, the Legislature or the Governor? According to the Idaho Constitution, the Governor, just like the rest of us is bound by the decisions of the Legislature. There are lawful remedies which Otter can employ to reverse these decisions. Instead, Otter, House Speaker Bedke and other lackeys in government have been secretly meeting, plotting, privately twisting arms and pedaling influence in order to override the lawful decision of the Legislature. An honorable Governor will subject himself to the laws of this state. A corrupt Governor will seek absolute power. Otter is driven by power.

The real driver behind Otter’s effort is 46 million dollars of federal money. Crumbs from the table of Otter’s master. For this, he will trade away that which is of greatest value to those he should be protecting. For this, he will crawl… yet again.

Worst of all, every unconstitutional federal dollar we receive was taken from American citizens or borrowed against the future of yet unborn Americans. Ezra Taft Benson, former United States Secretary of Agriculture and former President and Prophet of the Church of Jesus Christ of Latter Day Saints (the Mormons) wrote, “When a portion of wealth is transferred from the person who owns it – without his consent and without compensation, and whether by force or by fraud – to anyone who does not own it, then I say that property is violated; that an act of plunder is committed!” He referred to this as Legal Plunder and said it is, “the sought-after prize of unscrupulous individuals”. If this does not violate the INALIENABLE RIGHTS OF MAN, what does?