The list of contrived maneuvers by the leaders of today’s State Department and FBI to find a path to take down our effective President almost immediately after he was elected needs to end.

On the contrary, there have been no investigatory actions on reported blatant violations of Constitutional law by a long list of Teflon Democrats with much evidence to not only investigate but actually prosecute. Truly, our Justice Dept. is broken.

It has become obvious that Sessions is either inept or a deep mole for the establishment. Therefore, why does President Trump keep keeping on with him and his Hillary loving, Trump hating, merry making establishment democrat in Justice?

THE CASE FOR ‘YOU’RE FIRED!’

A.G. Jeff Sessions: Should not have recused himself from the Special Prosecutor Mueller lackluster endeavor to investigate President Trump/Russia or he should have resigned because he has literally rendered himself incapable of its oversight. More importantly, there has been virtually no addressing the much-needed attention for justice on violations of law by Democrats who get away with most everything. The Justice Department is being run like it selectively excuses Democrats.

Ass’t A.G. Rod Rosenstein: A Democrat that was involved directly in UraniumGate along with Mueller and Comey. Knowing this and Mueller’s politics he allowed Mueller to assemble his team of all democrat lawyers who voted for Hillary as a Special Prosecuting team ‘Witch Hunt’ to go after President Trump. He alone oversees them and endorses the deep state ‘Never Trump’ agenda of the Democrat Party. During hearings, he defends Mueller despite new evidence of bias on the team.

Special Prosecutor Robert Mueller: A Democrat, Obama appointee as FBI Director, who chose as Special Prosecutor, all democrats in his team of 17 lawyers who all voted for Hillary. For more than four years, served as FBI director under President Obama and had a close relationship with his successor, James Comey. A Text and tweet released by WikiLeaks more than suggests Mueller likely is guilty of a serious crime, passing on nuclear material to the USA’s superpower rival. He should recuse himself from the investigation just as Attorney General Jeff Sessions recused himself.

FBI Director Christopher Wray: “I do not believe that I can legally and appropriately share a FISA court submission to this committee,” Wray told House Judiciary Committee members on December 7th. He said the House and Senate intelligence committees provide the “appropriate settings” in which the FBI should discuss that sensitive matter. His preference is based on favoritism in those committees. Rep. Bob Goodlatte, the Virginia Republican who chairs the Judiciary Committee, disagreed, and said his committee had jurisdiction over FISA.

Most Americans are so fed up with the Mueller supported fiasco of Rosenstein’s and the inequities at Justice to investigate and prosecute the blatant lawbreaking of the left they want to see President Trump hammer down and do some serious firings. But legal intricacies abound in the matter.

SO MUCH FOR THE FIRING ‘MASSACRE’

Patrick J. Buchanan explains in his article ‘Is Trump Entering a Kill Box?’: 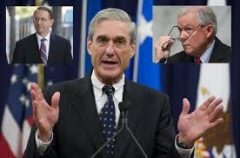 “He can fire Jeff Sessions. But that will enrage Trump’s base to whom the senator is a loyal soldier. And anyone Trump nominates as AG would not be confirmed unless he or she pledged not to interfere with Mueller.

“He could direct Rosenstein to fire Mueller. But Rosenstein would assume the Elliot Richardson role in the Saturday Night Massacre, when that AG refused to fire Special Prosecutor Archibald Cox, resigned, and was canonized as a martyr by the Never-Nixon media.

“Even if Trump finds a Justice Department loyalist to play the role of Solicitor General Robert Bork, who carried out Nixon’s orders and fired Cox, this would only mean Mueller’s departure. Mueller’s staff of prosecutors and investigators would still be there, beavering away.

“When Archibald Cox was fired, Nixon ordered his entire office shut down. Yet, within days of the firestorm, it was up and running again with a new special prosecutor. And impeachment resolutions were blossoming in the House.

“Another Trump option would be to leave Mueller alone and hope for a benign outcome. But from reports of his rage at the recusal of Sessions and unwillingness of Rosenstein to restrict Mueller to the Russian hacking scandal, Trump seems to sense that an unrestricted investigation represents a mortal threat to his presidency.

“And all the talk of impeachment and pardons suggests that this city can also see what lies over the next hill. After all, we have been here before.

“From his history, Mueller is not a man to be intimidated by charges of bias. These will only steel his resolve to pursue with his subpoena power every document he wants, including tax returns, until he has satisfied himself.

“The president is unlikely to view this process with indulgence, and patience does not appear to rank high among his virtues.

“We are headed for a collision between President Trump and Director Mueller.”

EROSION OF THE PARTISAN SPECIAL COUNSEL HAS BEGUN 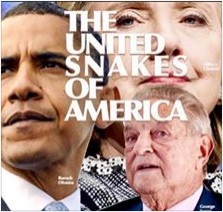 Jeannie Rhee – Donated $16,000 to Democrats since 2008 and did work for the Clinton Foundation. Worked directly with former AG Eric Holder who proudly proclaimed he was part of the Donald Trump resistance. She served as deputy assistant AG in the Office of Legal Counsel at the DOJ where she advised Holder the Obama White House and other top Justice Dept. officials on all sorts of legal matters. She was listed as the attorney for former Obama Deputy National Security Advisor Ben Rhodes when he was being interviewed about the Benghazi terror attack.

Andrew Weissmann – Donated $4,300 to former Democrats like Barack Obama and told former acting AG Sally Yates how proud of her he was for denying President Trump’s order to defend the Constitutional travel ban back in January. Weismann has been called a legal tyrant, has had two convictions overturned by the Supreme Court and attended Clinton’s election-night “shattered glass ceiling” party in New York.

Peter Strzok – The FBI’s Peter Strzok was bounced from the Mueller investigation for anti-Trump and pro-Clinton texts exchanged with an FBI lawyer, who also left the Mueller Team. He edited an exoneration into what was supposed to be the final report on the Clinton email investigation well in advance of Hillary Clinton’s interview with the FBI.

Other Mueller prosecutors defended the Clinton side in the email investigation, and one, Jeannie Rhee, “defended the Clinton Foundation against racketeering charges, and represented Mrs. Clinton personally in the question of her emails,” noted the Wall Street Journal’s Kim Strassel.

The most recent disclosures on the coup d’état against President Trump is reported on by Americans for Limited Government’s Rick Manning:

“Laura Jarret and Evan Perez of CNN revealed that it was an FBI counterintelligence official, Peter Strzok, who edited an exoneration into what was supposed to be the final report on the Clinton email investigation well in advance of Hillary Clinton’s interview with the FBI that, as Fox News’ Catherine Herridge reports, he was leading. The Daily Caller’s Chuck Ross also reports that Strzok was the same agent who questioned Cheryl Mills on the private Clinton email server, who along with other Clinton aides was later granted immunity. Sara Carter at Hannity.com reports that Strzok was also the same agent who questioned former National Security Advisor Michael Flynn about his conversations with multiple ambassadors, a meeting which was set up by Deputy FBI Director Andrew McCabe under false pretenses as a routine discussion of security procedures at the White House.

“It is anti-American to have a politically weaponized FBI and Justice Department. The evidence now available indicates that higher-ups at the FBI would pursue any measure in their attempts not only to prop up Hillary Clinton, but to take down President Trump at any cost. Since the entire Mueller investigation is the fruit of this poisonous tree, the only course Deputy Attorney General Rod Rosenstein can pursue must be to fire Mueller and end this political coup in order to restore the rule of law.”

THESE ARE THE TIMES THAT TRY MEN’S SOULS

Rumors abound about Mueller’s days being limited. We should have learned by now that in Swampland nothing of the sort happens without a motive. I think they may be clearing the deck for the ‘Big Push’ right into impeachment.

The Dimm’s are going to get serious about a cadre of women appearing from nowhere with far-reaching allegations of sexual improprieties against President Trump just like in Judge Roy Moore’s case, which was successful, and Herman Cain which was effective and Supreme Court Justice Clarence Thomas which was nearly effective. They sacrificed Franken and Conyers to be able to justify their right to make a strong case in ‘fairness.’ Between their votes and enough of the sorry GOP RINO ‘Never Trumpers,’ there is a good chance these vermin of the DC swamp could pull off an impeachment.

Given the level of injustice and lawlessness with-in the leadership at the Justice Department including 25 members of the FBI, and the languishing long knives of the deep state establishment in both parties almost everywhere in our government with overt aggression to remove President Trump because he is effective at cleaning up government, reducing government regulations, waste and taxes, improving our security, military, immigration, economy and righting our system back to its Constitutional methods of operating, it is apparent that these Constitutional miscreants need being investigated, exposed, charged, handcuffed and prosecuted. The establishment and its complicit mainstream media are so threatened by him that violating law to remove him is just a means to an end.

Sweet ‘Liberty and Justice for All’…where art thou? 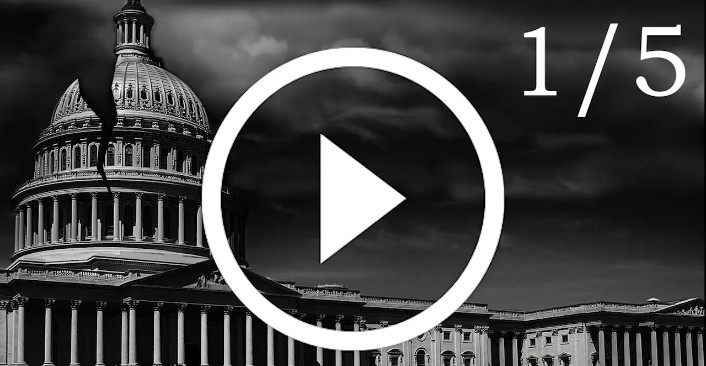 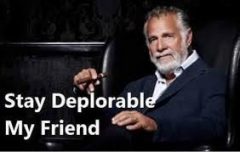 President Trump is the perfect man for these treacherous times that threaten our Republic.
May God save our President so we can save our Republic and Make America Great Again.