An Illegal Alien has been appointed to California government and has become the poster child for WHY our founders delegated to Congress the power to create a Uniform Rule of Naturalization.

Ironically, there was a discussion during the ratification of our Constitution on why it was necessary to establish a Uniform Rule of Naturalization. Once again, a disregard for the Constitution and its intent has America experiencing a crisis that our founders sought to prevent.

Prior to our current Constitution, under the Articles of Confederation, each State was left to determine, independently, the terms of citizenship. James Madison, Father of the Constitution, wrote in Federalist 42;

“The dissimilarity in the rules of naturalization, has long been remarked as a fault in our system…”

Madison goes on to describe the condition of confusion thrust upon all the States because of a lack of standard for the benefits of citizenship. For example, one State would establish a very lax standard for citizenship where another State would establish a very strict standard. This disparity created chaos when people would travel or move from one State to another. Madison asks the question, what would happen if a person who is banned from citizenship in one State, obtains citizenship from another State and then demands the benefits of citizenship from that State from which they were originally banned?

“An alien, therefore, legally incapacitated for certain rights in the latter, may, by previous residence only in the former, elude his incapacity;”

Madison then explains to avoid these consequences both “embarrassing” and “potentially very serious” our Constitution delegated the authority to Congress to establish a uniform rule to obtain the benefits of citizenship. 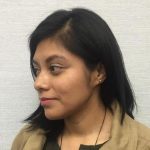 Liz Mateo, claiming those benefits of citizenship through the State of California, is not a citizen by the terms established through the Constitution by law. Mateo has lived her life experiencing the benefits of that citizenship she does not legally hold. She got a doctorate level of education from Santa Clara University School of Law. When she graduated, she was not grateful for these benefits, however, she declared, “[E]verything is dedicated to Oaxaca, Mexico!! to that land that I miss so much.”

In addition to her education, Mateo has now been appointed to serve within the California State government. As a new member of California’s representative government, one of her chief concerns is that illegal aliens are “underrepresented” in American government. Mateo clearly has a great deal of confusion about the terms of citizenship established by law. One can only imagine the chaos that would ensue if Mateo were to leave California and expect to experience these same benefits in a State that is actually complying with the terms of citizenship created through the Constitution. As Madison supposed, what will also be the more “serious consequences” when people like Mateo continue to expect the benefits of citizenship while remaining ignorant and even hostile to the Constitution itself? And what will be the “serious consequences” in all of America if we continue to ignore these historical truths by allowing States like California violate the supreme law of the land?

The governors of every other State must immediately take a stand against this violation of the Constitution. Each State should issue resolutions of condemnation and sanctions against California until they come into compliance with the terms of the Constitution. The people must demand that the federal executive branch continue to enforce the Uniform Rule of Naturalization, even in California. If California refuses to come into compliance with the Constitution the other States need to have a serious discussion amongst each other and Congress regarding the ability of California to remain a part of the Union.

Learn what you need to know about our Constitution and government at www.LibertyFirstUniversity.com 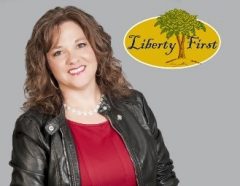 KrisAnne Hall is an attorney and former prosecutor, fired after teaching the Constitution to TEA Party groups – she would not sacrifice liberty for a paycheck. She is a disabled veteran of the US Army, a Russian linguist, a mother, a pastor’s wife and a patriot. She now travels the country and teaches the Constitution and the history that gave us our founding documents. KrisAnne Hall does not just teach the Constitution, she lays the foundations that show how reliable and relevant our founding documents are today. She presents the “genealogy” of the Constitution – the 700-year history and five foundational documents that are the very roots of American Liberty. Check her website: KrisAnneHall.com