Citizens need to know the facts and the real motives behind the relentless quest for a national ID that we are led to believe is so necessary to our national security.

A national ID really is a scheme to collect data, surveille and control us so we can become more reliant socialists. If you find this hard to believe, read on. And especially get your legislators to catch on.

There is a full court press on currently to take control of citizens like never before with warrantless surveillance by finalizing the languishing effort to force us into a federal ID program.

States Alex Newman of TheNewAmerican.com, “Republican leaders in Congress are once again plotting with Democrats to stab the American people and the U.S. Constitution in the back, on multiple key issues. Under the guise of getting “something” in exchange for providing amnesty to millions of illegal immigrants (and future Democrat voters) in Obama’s illegal Deferred Action for Childhood Arrivals (DACA) program, the establishment wing of the GOP is pushing a radical longtime goal of the bipartisan Deep State: mandatory national biometric ID cards for all Americans. Privacy and liberty are under serious threat, critics warned.

“The Orwellian national ID scheme, known as “E-Verify,” is ostensibly aimed at making it harder for illegal immigrants to find work in the United States. Basically, as part of the program, which would become mandatory under the bill, every employer would be forced to buy a scanner and use it to check the legal work status of potential employees. On top of that, every worker would be forced to have a biometric ID issued by the federal government in order to be able to legally work. Without this national ID, employers would not legally be able to hire somebody. 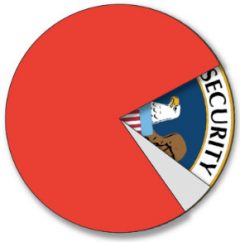 <a href="https://www.welivesecurity.com/2013/10/29/survey-says-77-of-americans-reject-nsa-mass-electronic-surveillance-of-americans/" target="_blank" rel="noopener">77% are not okay with government secretly monitoring all of our communications</a>

“But in reality, illegal immigrants are typically paid under the table anyway — many of them simply work as day laborers and get paid in cash at the end of the day. In light of that fact, the unconstitutional plot to mandate national ID will do little to prevent unscrupulous employers from continuing to hire illegal immigrants, off the books. What the scheme will do, though, is force all law-abiding Americans to carry an unconstitutional national ID with all their information on it, including sensitive biometric data, just to be allowed to work. It will also give the feds a key new tool to monitor and control people.

“There is a reason the leadership of both parties have supported the effort for many years. Indeed, even Obama, who did his best to help the United Nations flood America with Third World immigration under various guises, firmly supported the national ID plan, calling for a package containing it to be sent to him so he could sign it as quickly as possible. But now, instead of a Big Government liberal program to track Americans, the plot is being marketed as an ostensibly “conservative” measure to supposedly boost “border security” and limit illegal immigration. 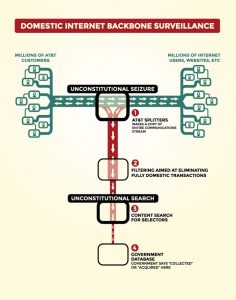 “A previous version of the scheme was actually sponsored by ultra-leftist open-borders advocate Senator Chuck Schumer (D-N.Y.). But with the GOP in firm control now, the controversial national ID provision most recently surfaced in the Republican-backed “Securing America’s Future” Act (H.R. 4760). Sponsored by Representative Bob Goodlatte (R-Va.), the chairman of the House Judiciary Committee, the bill has some 70 cosponsors less than two weeks after being introduced. And already, organizations such as NumbersUSA that portray themselves as pro-America, anti-amnesty are expressing a willingness to cave on amnesty as long as the national ID and E-Verify become law.

“Unsurprisingly, the establishment media is celebrating the grand bargain of national ID plus amnesty, too. ‘Republicans win with E-Verify as it gives them cover for approving amnesty for the Dreamers with the hard right base,’ wrote Jake Novak at CNBC, as if only the “hard right” base was opposed to amnesty (even Democrats used to publicly oppose illegal immigration and amnesty not too many years ago). ‘The added plus for the GOP is that pushing for E-Verify will prove they’re not the slaves of their service industry corporate donors.'”

WARRANTLESS SURVEILLANCE WAS PASSED WITHOUT YOUR KNOWLEDGE

To start with on the issue of warrantless surveillance please see the article ‘Amash, Massie Warn of Secret Surveillance’ where they revealed the deeply buried massive surveillance bill inside the $1.1 trillion spending package signed into law by Obama on Dec. 18, 2016.

The New American magazine’s Joe Wolverton, II, J.D., explains in that article, “Not only does the spending bill contain billions of dollars in funding for unquestionably unconstitutional programs and policies, but it will allow the federal domestic spying apparatus to achieve previously prohibited levels of unwarranted searches, seizures, and sharing of personal data of Americans caught in the surveillance dragnet.”

Wolverton quotes Representative Justin Amash (R-MI) “These provisions were quietly slipped into the omnibus to avoid full scrutiny. We take an oath to defend the Constitution, and our Fourth Amendment privacy protections are as important as anything.”

“Perhaps the most constitutionally egregious aspect of all the Fourth Amendment violations contained in the new law (the measure was signed by President Obama on December 18) is the fact that all the authority to spy on Americans without a warrant was formerly rejected in one form or another by the same senators and congressmen who approved it last week.” – Unquote Joe Wolverton, J.D.

Consolidating immense power is the true purpose of a national ID. Forcing Americans to carry around an identification card to affirmatively prove citizenship offends our basic concept of freedom.

“I am against government lists of those who own or have transferred a firearm for the same reason I oppose any pathway to a national ID. I don’t think that government should have the awesome power of monitoring the legal activities of American citizens. That is not a proper role of the federal government — or any level of government, for that matter.” – Unquote Senator Rand Paul, (R-KY)

Opposing the Real ID Act back In 2007 Senator Paul said, “The REAL ID Act will create ‘domestic travel restrictions that are the hallmark of authoritarian states, not free republics.”

So what counts as an acceptable form of ID under current guidelines?

Here is a list of over a dozen perfectly acceptable already federally- approved ID’s such as a passport to board an airplane provided by the government: .

The ID requirement applies to all travelers 18 years and older. 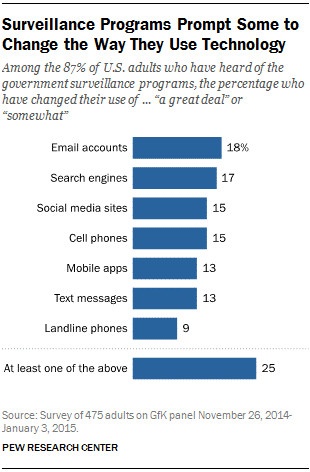 Oddly, though, you can still potentially fly without bringing any ID whatsoever. Once more, from DHS/TSA:

In the event you arrive at the airport without valid identification, because it is lost or at home, you may still be allowed to fly. The TSA officer may ask you to complete a form to include your name and current address, and may ask additional questions to confirm your identity. If your identity is confirmed, you will be allowed to enter the screening checkpoint. You may be subject to additional screening.

In an op-ed published in the Washington Times in May, 2016 Senator Paul evoked the images of dictatorships of the past and their citizen registration policies: “Forcing Americans to carry around an identification card to affirmatively prove citizenship offends our basic concept of freedom. Wanting to avoid a “papers please” culture in our country is also why conservatives oppose federal universal gun background checks. We oppose such measures not because we don’t believe in common-sense rules or regulation — but because we are wary of giving the federal government this kind of centralized power over our daily lives. These draconian ideas would simply give government too much power.”

The Federal Government’s quest for our personal national ID’s is just the tip of the iceberg. To see the scarier than hell incredibly broad spectrum of what they are already doing on their own website to know all they can about you see: Surveillance Techniques: How Your Data Becomes Our Data