We would have to say thanks but no thanks to Representative Mike Moyle’s proposal to cut the top two individual income tax rates and cut the corporate rate from 7.4 to 7.3 percent. As far as the grocery tax goes why are we going to give the hard working citizens of Idaho a $10 dollar increase in grocery credit when we are offering $6.5 million tax break to a company that is going to compete with one of our long standing employers in the Treasure Valley. Once again the taxpayers are asked to take the crumbs while the corporations walk away with the steak dinners. 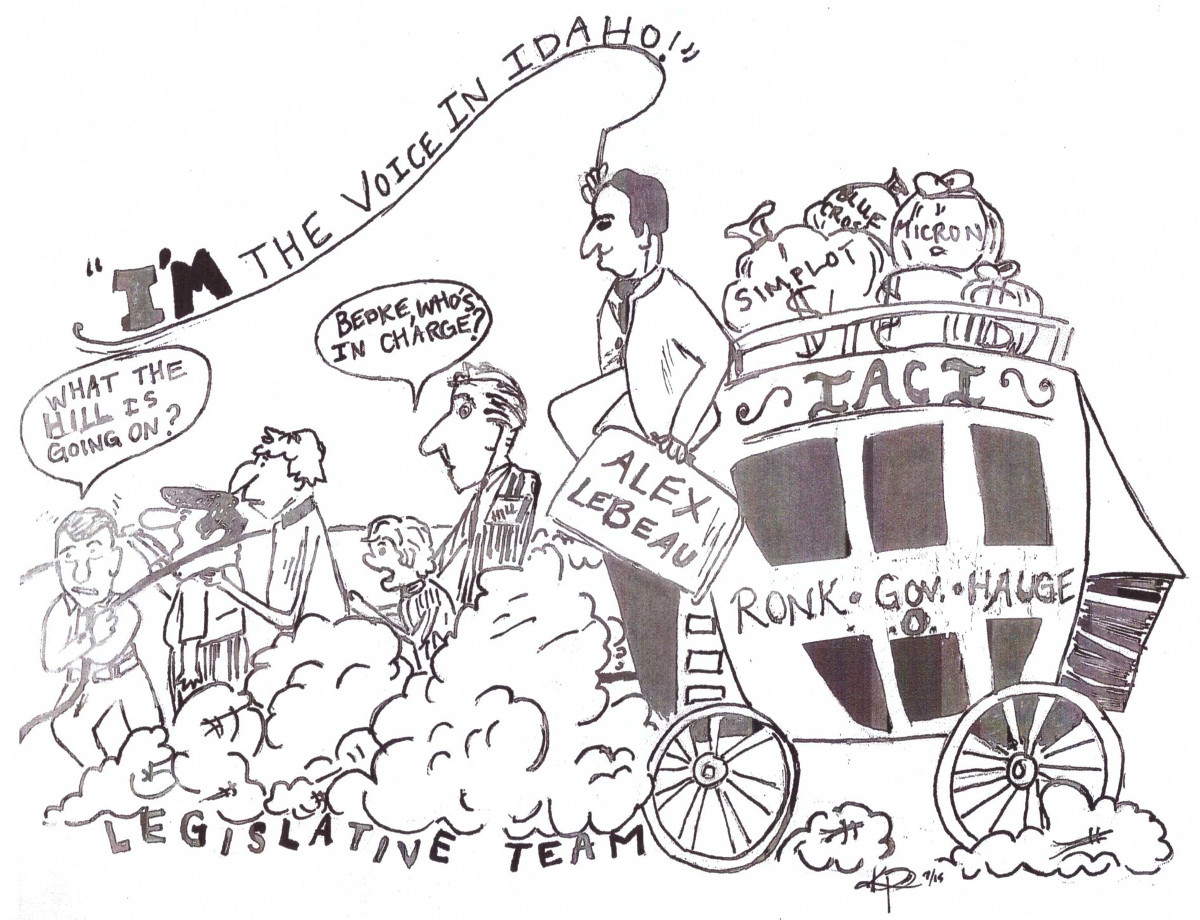 Your Tax Money Leaving on the Next Crony Stagecoach

How about some real tax reform in Idaho like getting rid of the grocery tax which is one of the most regressive taxes you can impose on the lower and middle income households. What happened to last year’s proposal to cut the highest bracket of the income tax and eliminate the grocery tax? I’ll tell you, nothing happened except for the 7 cent per gallon increase in the gasoline tax and the added expense of higher registration fees. This is a game our legislators play every election year pretending you’re doing something for the taxpayers when their really doing little or nothing. They are offering $10 back for the hundreds the legislature took out of our pockets last year in gas tax and registration fees.

Mike I know you’re a solid conservative and trying to do some good but you’re beginning to sound a lot like Senator Hagedorn who voted for a $200 million dollar increase in gasoline and registration fees and then to look good to his constituents voted no on the $95 million dollar proposal that the legislature passed. I’m sure you mean well with your proposal Mike but this is why the people of Idaho are becoming disgruntled with the “Professional Politicians” who promise tax relief and less regulation every year and instead continue to raise taxes and slap more regulations on the books.

It appears that the only way you can get a break in this state is if you’re a new company opening up in the state or if you are a relatively staunch contributor to the establishment’s political machine that has been running our state for the past 10 years. Should I dare mention the new Otter PAC. It’s time we got rid of the crony corporate capitalism that is ruining our state and killing income growth for the hard working taxpayers. We keep hearing commercials about how well the economy is doing in Idaho from commercials paid for by us, the taxpayers. Problem is that the lower and middle income class are not moving up the income ladder as medium household income has stagnated. We hear talk of the low unemployment rate but what that really means is that we have more jobs with lower pay. When are we going to see some catch up for the middle class?

We all knew that when Governor Otter was elected for a third term he would do all he could to pay back his corporate cronies with every conceivable goody he could muster to throw their way, but I believe the people of Idaho expected better from our supposed conservative legislature. Or is it possible that our conservative legislators have gotten a taste of the good old boys corporate campaign contributions and decided to hook up to that crony gravy train to get elected for another term. It’s time the citizens of Idaho threw the crony professional politicians of this state under the bus in the upcoming primary election. Maybe it’s time to vote for the person you don’t know instead of the person you do know, because in many cases the elected incumbent works for the corporate lobbyists not for the people who pay their salaries.