— Published with Permission of Eco-Imperialism.com —

If human emissions made Irma worse, did they also bring the 12-year lull in Cat 4-5 hurricanes?

Hurricanes Harvey and Irma brought out the best in us. Millions of Americans are giving money, toil and sweat to help victims rebuild. Unfortunately, the storms also highlighted some people’s baser instincts.

Some advanced ideological commitments to campaigns to “keep fossil fuels in the ground,” raise energy costs and reduce living standards. Others hyped Harvey’s record rainfalls, claiming carbon dioxide emissions made the Gulf of Mexico warmer and its air more moisture-laden. A few were just obnoxious. 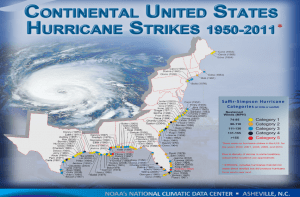 These storms are a product of “this administration’s climate denial, racism and callousness,” 350.org activist Jenny Marienau fumed. “How many once-in-a-lifetime storms will it take, until everyone admits manmade climate change is real?!” Daily Show comedian Trevor Noah fulminated.

Perhaps these newly minted “experts” received mail-order degrees in climatology or meteorology – or recently stayed at a Holiday Inn Express. They should at least take a few minutes to review hurricane and climate history, and talk to real climatologists and meteorologists, before launching tirades.

My geology, ecology and other studies taught me that climate change has been “real” throughout history. I’ve learned to be humble, respectful and vigilant in the face of nature’s power; to recognize that climate shifts can range from beneficial or benign to harmful or unbelievably destructive; and to understand that the sun and other powerful natural forces totally dwarf whatever meager powers humans might muster to alter or control Earth’s climate and weather.

WHERE’S THE CREDIT FOR THE HALF CENTURY DECLINE?

If Harvey and Irma were caused or intensified by human greenhouse gas emissions, shouldn’t those gases be credited for the 12-year lull and half-century decline in Cat 4-5 land falling storms? For Irma’s changed intensity and route as it reached Florida and headed north? Certainly not.

If fossil fuels caused Harvey’s rainfall, were previous deluges like Hurricane Easy (45 inches in Florida, 1950), Tropical Cyclone Amelia (48 inches in Texas, 1978) and Tropical Storm Claudette (a record 43 inches in 24 hours on Alvin, Texas, 1979) the result of lower fossil fuel use back then? Highly unlikely.

Indeed, the National Oceanic and Atmospheric Administration (NOAA) concludes that neither the frequency of North Atlantic tropical storms and hurricanes, nor their energy level, has displayed any trend since 1950. Despite slightly warmer ocean waters in some regions, global Accumulated Cyclone Energy (ACE) levels in recent years have been at their lowest levels since the late 1970s.

When the Pacific Decadal Oscillation is in its cyclical positive phase, the tropics, west coast of North America and our Earth overall get warmer; cooling occurs during the PDO’s negative phase. The Atlantic Multi-decadal Oscillation (AMO) also cycles between warm and cool phases, affecting regional and planetary temperatures, as well as hurricane formation, strength and duration.

Any link between hurricanes and human carbon dioxide/greenhouse gas emissions is nebulous, tenuous and very poorly understood at this time. Asserted links to recent hurricanes are ideological illusions.

Hurricane Irma remained symmetrical and grew in size and intensity into the massive Category 5 hurricane seen in satellite photos, because it remained over warm water for a week as it crossed the Atlantic and Caribbean – and was not pulled apart by mid-altitude wind shear – weather experts explained. Its encounter with Cuba’s coastal lands and mountains finally reduced its wind speeds and disrupted its symmetry.

Over Florida, strong north-to-south winds high in the atmosphere clipped the top off the hurricane. That further disturbed Irma’s shape and intensity, and steered the storm westward as it traveled north up the Citrus State. As is usually the case with storms moving north over Florida and parallel to its west coast, Irma’s front wall began to pull in both drier air and upwelling water. The bigger the storm the more it does this, WeatherBELL Analytics chief forecaster Joe Bastardi explained.

All these factors combined to slow whirling winds in the storm’s eyewall still more. It began wobbling on its axis, and Irma gradually became a disorganized tropical storm after it pounded Fort Meyers.

As to Hurricane Harvey, consulting meteorologist Joe D’Aleo notes that “hurricanes entering Texas are almost always very wet and often stall or meander.” This year, a large cool trough trapped Harvey and kept it from moving inland, enabling the Gulf of Mexico to feed it trillions of gallons of water for days, said Bastardi. It was “an unusual confluence of events,” said Weather Channel founder John Coleman, “but it was certainly not unprecedented.” 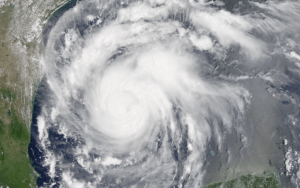 If there was a “human factor” in Harvey and Irma, climate alarmists need to explain exactly where it was, how big it was and what role it played. They must present hard evidence to show that fossil fuels and carbon dioxide emissions played a significant role amid, and compared to, the hundreds of natural forces involved in these storms. Their loud rhetoric only highlights their failure and inability to do so.

In fact, the Atlantic, Caribbean, and Gulf of Mexico are warm enough every summer to produce major hurricanes, says climatologist Dr. Roy Spencer. But you also need other conditions, whose origins and mechanisms are still unknown: pre-existing cyclonic circulation off the African coast, upper atmospheric calm, sea surface temperatures that change on a cyclical basis in various regions, to name just a few.

The combination of all these factors – plus weather fronts and land masses along the way – determines whether a hurricane arises, how strong it gets, how long it lasts, and what track it follows.

Damage from hurricanes has certainly increased over the years. But that is because far more people now live and work in far more expensive communities along America’s Atlantic and Gulf coasts. Since 1920, Greater Houston has grown from 138,000 people to 5.7 million; Miami from 43,000 to 6.1 million; Tampa from 50,000 to 3 million.

Meanwhile, death tolls have declined – at least in countries where fossil fuels, highways, and modern technologies enable us to construct stronger buildings, track storms, warn, evacuate and rescue people, and bring in water, food, clothing, and materials to rebuild power lines and buildings in stricken areas.

Over 6,000 people perished in the 1900 Category 4 Galveston Hurricane, 2,500 in the 1928 Okeechobee, Florida Category 4 hurricane and storm surge. More than 1,800 died in Katrina (Category 3), due largely to corrupt and incompetent local and state governments. 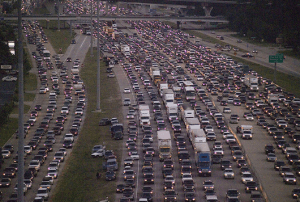 Thanks to better preparation, warning and evacuation, overall tragic deaths were kept to 82 from Harvey and 93 from Irma. Incredibly, despite the vicious 185-mph winds that reduced most of Anguilla and Barbuda to rubble, Irma killed only one person on those Caribbean islands.

Even in recent years, cyclones and hurricanes have brought far more death and destruction to poor nations where modern energy and technology are still limited or nonexistent: 400,000 dead in Bangladesh in 1970, 138,000 in Myanmar in 2008, and 19,000 from Hurricane Mitch in Central America in 1998.

It may be fashionable to focus on alleged “social costs of carbon” and asserted fossil fuel contributions to extreme weather events. But it is essential that we never forget the enormous benefits these fuels bring.

Our Earth is a complex, wondrous, resilient planet. But it can unleash incredible fury. Wealthy, technologically advanced nations fueled by oil, natural gas, coal and nuclear power are far better able to avoid, survive and recover from those disasters. We must count our blessings, but always be prepared.

Paul Driessen is senior policy analyst for the Committee For A Constructive Tomorrow (www.CFACT.org), and author of Eco-Imperialism: Green power – Black death and other books on the environment.