Pursuit of corruption in government by law enforcement and the legal profession is grossly overdue. America’s lawyerly world has evolved into one of an extreme ‘Legal Cafeteria Plan’ type environment that has been woven into our legal fabric so tightly that one can find a law for just about for anything for which they might want to charge or defend someone. This has been accomplished by corrupt or overzealous lobbyists, elected officials in Congress (many of whom are attorneys) and upheld by the courts (which again, are comprised of attorneys). The ultimate in job perpetuation, if you will. Attorneys get paid if they win or lose. Life has been fruitful in ‘LegalLand.’

Since we are a nation of laws, it is sacrilegious to our core principles that we don’t prosecute all violations. Either we have law or we don’t! The time for reckoning is upon us for dealing with those who have for too long transgressed against our Republic, Constitution, sovereignty and our freedoms.

Our recent election has drawn attention to the severity of the corruption. Now is the time for law enforcement and these attorneys’ to step to the fore and uphold and defend all our Constitutional laws for which this nation was founded and are necessary for our survival as a sovereign republic. America won’t survive much longer, if blatant abuses of our laws are violated constantly, ignored and actually encouraged to continue by the very absence of enforcement and prosecution. Non-enforcement and non-prosecution are the reasons our wonderful nation has been sliding into the cesspool of corruption. 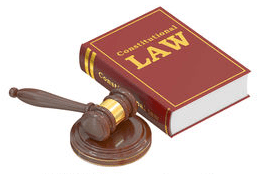 Hopefully, President Elect Donald J. Trump will make good on his proclamation to clean up Washington by faithfully executing the laws of the land honestly, with vigor, through cleaning up our currently corrupt Justice Department, FBI and other federal law enforcement agencies such as Immigration, Homeland Security, Alcohol, Tobacco and Firearms and on and on into ad nauseum. The on and on part is another problem unto itself. There are far too many overlapping law enforcement agencies and many of them are carrying firearms who you would think shouldn’t. For instance, why in the hell is the corrupt Bureau of Land Management packing heat and stealing ranchers land rights?

A taste of the extreme heights the media goes to is represented in the CNN Headline, ‘Liberty Movement More Threatening than Al-Qaeda.’ CNN and the rest of the big media elite are despicable and needs to be dealt with on lies and utter deceit.

There is a concerted, professionally designed effort by the Establishment in lockstep with the corrupt UN to drive America into the socialists’ realm of a One World Government run by unaccountable, unelected global power elitist who know best about everything for everybody. They have almost succeeded in anchoring their tentacles of ‘freedom and sovereignty killing’ socialism into all aspects of our lives. It has started in our grade schools and is capped off by the schemes of the idiot or deluding (take your pick) socialist professors who should have to go somewhere else and try to live off the purity of their insane doctrine without the subsidies of a successful capitalist system supporting them.

Socialism has never succeeded and never will. It can’t. It simply, absolutely, will always run out of other peoples’ money.

Lies and propaganda from the entertainment industry are as much to blame for tainting the minds of their audiences as teachers. Quoting Michael Medved from his book ‘Hollywood vs. America,’ “…tens of millions of Americans now see the entertainment industry as an all-powerful enemy, an alien force that assaults our most cherished values and corrupts our children. The dream factory has become the poison factory.”

Being a nation of laws means nothing if they are not enforced! President Elect Trump actually can ‘drain the swamp’ by just simply pursuing law enforcement and prosecution of all violations of all our laws especially by those who are guilty of effecting our national decline by getting away with outright uncontested lies in the media, untrue propaganda in Hollywood, the same by our education system, and especially the corruption of our politicians and federal agencies. Then there should be a special place in Hell waiting for the overdue prosecution of the worst human being on earth, George Soros. See: 1, 2, and 3.

Patriotic citizens need to stay on top of well-intentioned President Elect Trump, to not back off a bit in his priority on swamp draining.

We need to get those Judges’ gavels hammering down so frequently across the land that they might collectively sound like jack hammers.