Let’s get down to the nitty gritty here, folks. The Governor said yes to more refugees because of pressure from the food processing companies who look for and are willing to train unskilled workers. At the same time, he wants to placate the left in the Boise area for his next election. This is all about MONEY and Power, and not much else.

The food processing companies want cheap labor and refugees are a good source for them. The Governor wants to get reelected in 2022 and he is not going to upset the people who will probably help fund his reelection campaign, so he is laying the groundwork for that now. He does not care what Idahoans think about refugees or he would have asked you. It is all about what is good for Brad Little in the future and, as with most politicians, the people they serve are always a second thought.

In the words of President Trump, “For the cost of resettling one refugee in the United States, we can assist more than 10 in their home region,” Trump said. “Out of the goodness of our hearts, we offer financial assistance to hosting countries in the region, and we support recent agreements of the G-20 nations that will seek to host refugees as close to their home countries as possible. This is the safe, responsible and humanitarian approach.”

While there are no hard numbers to prove this point, there is enough information available to tell us that it is cheaper to keep people in their own country or close to it than transporting them to the U.S. and teaching them English, training them for jobs, and providing them housing along with free medical care. This does not include the continued infrastructure costs necessary to provide for the education of their children who in most cases do not speak English and many who are behind in the basic skill sets. Politico will tell you there is no way to get a clear picture of the cost per person but then this is a biased media publication that has supported higher refugee numbers.

Pulpit & Pen published an article on Dec. 27, 2019, which anyone interested in this subject should read. This article talks about how George Soros has bought and paid for the Ethics and Religious Liberty Commission (ERLC), to push for state governors to resettle refugees. The following was taken directly from this article and we recommend you give it a read. The ERLC is partnering with an anti-Israel organization in the lobbying operations. The ERLC is the head of the Evangelical Immigration Table (EIT), which is owned by the National Immigration Forum, a shell-entity of Soros’ Open Societies Foundation. Although the EIT has demonstrably lied about receiving Soros funds and why, their branch off of the Open Societies Foundation is easily traceable from their own public website. That the EIT is a Soros organization is hardly a conspiracy.

Nine voluntary agencies (“volags”) have a near monopoly as refugee resettlement contractors. While there are many sincere people in these agencies trying to help people it is a multi-million dollar business for the owners. The big guns in this business are the United States Conference of Catholic Bishops, Lutheran Social Services and the International Rescue Committee. The Obama administration weather by design or inaction gave preference to Muslims from the Middle East over Christians and other minorities. The selection process has since changed with the advent of the Trump administration.

What most Americans don’t understand is that the people who are pushing for the relocation and resettling of refugees are the captains of industry belonging to an organization called The Partnership for a New American Economy. Chris Berg a reporter brought this information forward in 2016 when they were trying to resettle refugees in the Dakota’s. This is a consortium of business leaders and big-city mayors that support expanding immigration. The group is led by Bill Marriott CEO of the Marriott Corp., Bob Iger CEO of Disney former chairman of the Boeing Corp. Jim McNerney, San Antonio Mayor HUD Secretary and Democratic Presidential candidate Julian Castro, former N.Y. Mayor Michael Bloomberg, and assorted other big business gurus. Once again George Soros’s name pops up linked to this organization, the man who continually advocates for open borders.

We all need to learn that when we talk about refugees we are talking about increasing a lower wage labor force, which is why the CEOs of some of the largest companies are in favor of more resettlements. These are the same people who have pushed for years to increase the H1B visas taking high tech jobs from Americans and giving them to lower-cost immigrants. Nothing has really changed as refugee resettlement is all about MONEY and lots of it.

Our governor talked about how we need higher wages and better-paying jobs for Idahoans so they can afford the high cost of housing which begs the question if Idahoans need higher wages why are we importing refugees. It seems to me that if you add lower-cost employees to the menu of available labor, it is going to keep wages down. So we must ask our Governor why he approved this resettlement. 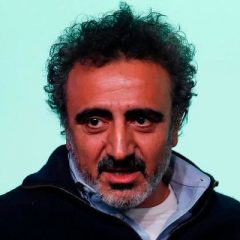 We think the answer is with the Chobani Yogurt plant and the number of employees they may need for their expansion and new research center. Let’s face the facts since Chobani moved into Twin Falls the door to refugees has been wide open. According to news reports as of 2017, Chobani employed 2000 of which 300 were refugees, and Hamdi Ulukaya, Chobani’s billionaire CEO, has even said he is committed to being a “welcoming company” for refugees.

While your governor is ok with a regressive grocery tax on Idahoan’s he is also ok about allowing more low-cost labor in the state. No doubt about it Governor Little waited patiently for years under Otter to become governor and he is going to do everything he can to stay in office as long as he can. All we can say is we had an opportunity to make a substantial change and get the cronies out of our political system and Idahoans for whatever reason chose not to do that. We only have ourselves to blame for the problems Little and his crony brigade will bring along with their lobbyist friends from IACI.

“We get the government we deserve”