Political junkies and skeptics are still scratching their heads, wondering “How did this happen? How did Donald Trump take over the Republican Party?” 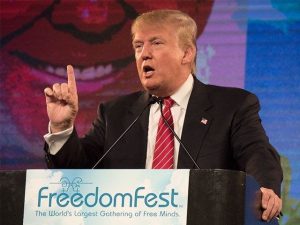 This may surprise you, but it all got started in July in Las Vegas. Back then, Trump was in trouble with this fledgling campaign. After his unrehearsed remarks about Mexicans, he was fired by NBC, Macy’s dropped him, and Univision attacked him. His poll numbers were down.

Then he agreed to appear before several thousand wealthy investors and concerned citizens at a conference called FreedomFest, billed as “the world’s largest gathering of free minds.” He spoke to a SRO audience in July: 7-11 in Vegas. It was his lucky day. His poll numbers rose sharply right after and he never looked back.

Steve Forbes, chairman of Forbes Inc., said it best: “FreedomFest is where the best ideas and policies are flushed out. I attend all 3 days and wouldn’t miss it for the world.”

I agree 100%. I was there last year, and have been there every year. It was incredible. I’ll be there this year at the opening ceremonies to greet everyone. You should be there too!

What’s FreedomFest all about? Everything! Philosophy, history, science & technology, healthy living, politics and your money, and much much more. It’s a Renaissance gathering in the entertainment capital of the world.

It’s organized by my good friend, Mark Skousen, who is a financial economist, author, and university professor who has taught at Columbia Business School and now Chapman University. (I recently listed him to be Trump’s Chairman of Economic Advisors!)

Once a year in July all the freedom lovers of the world gather in Las Vegas for FreedomFest, what the Washington Post calls “the greatest libertarian show on earth.” Steve Forbes and John Mackey, CEO of Whole Foods Market, attend all 3 days. Last July over 2,500 people showed up to learn, network and celebrate liberty–including Donald Trump, Senator Marco Rubio, Steve Wynn, and Glenn Beck. Steve Moore even debated Paul Krugman, the Nobel Prize economist and columnist at the New York Times. Everywhere I looked there were billionaires, celebrities, and famous authors. I was in heaven. (Want a summary? Watch the 5-minute video at www.freedomfest.com/videos).

In fact, they are holding a special reception with George Foreman, where attendees will get a chance to meet him, get a photograph taken with him, and have him sign a copy of his book, “Knockout Entrepreneur.” (He sold his grill business for $138 million.)

I’ll be there to debate all comers on the question: “Trump, Pro and Con: The YUGE Debate.” Guess which side I’ll be on? I can’t wait.

Other features: Watch the ever-popular mock trial as we put “Global Warming on Trial”….Grover Norquist (CNN considers him “the most powerful man in Washington”) will hold his famous “Wednesday Meeting” at FreedomFest….a special session by the “Women of Liberty”….a debate on voting with actor/activist Ed Asner and political commentator John Fund….a 3-day investment conference with Peter Schiff, Alex Green, Mark Skousen, and yours truly….a debate between Dinesh D’Souza and Michael Shermer (Scientific American) on the Bible….and win $25,000 in prizes in the Pitch Tank organized by Shark Tank’s Kevin Harrington. Join all the freedom organizations and think tanks – Cato, Heritage, Reason, Students for Liberty, Americans for Prosperity, etc. They are all there in a gigantic exhibit hall, the “Trade Show for Liberty.”

Plus the ever-popular Anthem film festival, run by Mark’s sweet wife, Jo Ann. This year one of the films will be shown by the producer of “Schindler’s List.”

Oscar Goodman, former mayor of Las Vegas, calls it an “intellectual feast” in Las Vegas – one of a kind!

I will be there, how about you?

Now is the time to join me at FreedomFest, July 13-16, at Planet Hollywood, Las Vegas. Email me and tell me you’re coming. Then go to www.freedomfest.com, or call toll-free 1-855-850-3733, and save $100 by using this special code for members of my subscribers:

Fly there, drive there, bike there, be there! 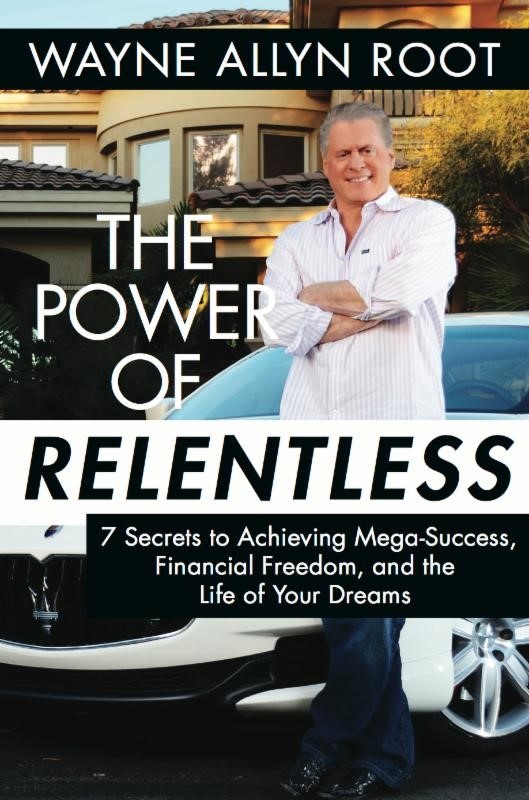