We are on the back side of our 7-part series and it is time to bring it home to those who lead in an area of our conservative movement. But before we get to the essential tasks, let’s first ask; “Are you a leader?” 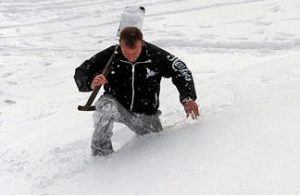 Here is one north-country way to answer that question: Leaders are the first ones willing to forge the difficult path through a deep new snow fall. Trudging through deep snow is a lot of work and the first person who walks through knee deep snow will expend 20 times more effort than those who follow. A good leader understands that leading means bearing more of the burden yet making it easier for all those who follow.

“If you are a leader, what kind of leader are you?” Many leaders will be a blend of traits from these three types.

Something common to the three styles above is that each will have “top of the pyramid leaders,” individuals who with some frequency are not rule followers, rather rule breakers. Most people including many leaders “follow the rules” and do not venture beyond what the rules allow, but a few leaders will push beyond the established limits to forge new paths. For these top tier leaders, rules are viewed more as suggestions.

After pondering effort, style and traits, every leader must prepare for the journey. Let’s consider some of the essential tasks all leaders will think about when leading an organization of people. (No particular order)

Bob Bingham is the founder of North West Property Owners Alliance and is a current candidate for Kootenai County Commissioner. You can email him at info@bob4idaho.com.