Growing awareness of the failures of the Democrat Party’s strong brand of socialism today have left the socialist crazies who have taken over the party evidently no choice but to double down on poker-faced lies that are always upheld vociferously by their comrades in the fake news media intending to create believers by repeating it often enough.

The Democrat Party today is nowhere near the party of your grandfather’s. Their failures are so numerous and their lack of good positions so poor all they can come up with is lies. There is no other nice way to put it. Lies are lies.

The Dem’s have always purported to be the party of the little guy and the unions struggling against Wall Street and big business. However, revealing truths expose that using that same effective political ploy was used by Mao, Stalin, Hitler and Castro. That very deceptive, classic, socialist claim about fighting for the oppressed vs. the powerful, very wealthy has been a mainstay Democrat bread and butter claim for decades.

Deceptive is truly the word when 8 of the top 10 wealthiest net worth Americans support the Democrat Party. In order of their wealth as of March 2018 according to Forbes, have you heard of Jeff Bezos, Bill Gates, Warren Buffett, Mark Zuckerberg, Michael Bloomberg, Larry Page, Sergey Brin? All in the tank for Obama’s & Hillary’s world of Democrats. 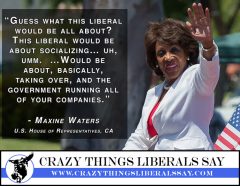 In 2014 Politifact reported, “We cross-checked the Open Secrets list of the top 100 individuals donating to outside spending groups in the current election against the Forbes list of the world’s billionaires and found that, as of June 19, there were 22 individuals on the Open Secrets list who were billionaires. Of those 22 billionaires, 13 — or more than half — gave predominantly to liberal groups or groups affiliated with the Democratic Party. The other nine gave predominantly to conservative groups. (A list of billionaires and how much they donated can be found here.)”

Quoting a 2014 Investors’ Business Dailey editorial, Democrats: The Real Party of The Rich, ‘‘Indeed, a recent book, ‘The New Leviathan,’ says donations to Democrats outstrip those to Republicans 7-to-1. How can this be? Democrat support soars when you include unions, universities, superPACs, nonprofits, left-wing interest groups, and — ready for this? — Wall Street (which overwhelmingly favors Democrats).”

Never mind that the Democratic Party defended slavery, started the Civil War, founded the KKK, and fought against every major civil rights act in U.S. history.

In the first place most non-black Americans I have known couldn’t care less about blackness or any kind of race identification. We are simply people on earth with many skin tinctures, roots, and backgrounds. Get over it.

My wife and I are native Idahoans who lived over 30 years all over the southeastern U.S. and I have traveled extensively all but two of our states and traveled four provinces of Canada. I saw people of all races occasionally complaining less about race as much as I saw them complaining about sports teams, regions of the country, religions, politics, etc.

A testament to good race relations is the success of transitional neighborhoods that have grown nationwide. Walter E. Williams, an economist from George Mason University and a best-selling author, noted: “There is no question, though it’s not acknowledged enough, that black Americans have made greater gains, over some of the highest hurdles and in a very short span of time, than any other racial group in mankind’s history.”

By and large I and most people today don’t think a thing of the subject of racism except when we hear the ginning up of it by the race baiters constantly repeated by the sorry fake news media.

It should be obvious to everyone that the people leading the charges of racism to new unjustified heights are the race baiting leaders like Al Sharpton, Jesse Jackson, the new Black Panthers and our recent Manchurian President, Obama. Throw in money from the likes of George Soros and his many organizations and their skills with the money he supplies to pull off demonstrations and in our face video images with professionally designed signage messaging hatred, derision and contrived false claims loudly broadcast to us, again, by a disgusting complicit big media.

This political abomination from the left, in reality, is creating reverse racism with influenced blacks that are being megaphoned by the race-baiters for the hidden agenda of the left to create division and support for themselves.

See: ‘Racism is a Tool of the Left’

LIE #3: REPUBLICANS ARE AGAINST IMMIGRATION

A blatant lie if ever there was a blatant lie is the democrats’ constant drumming that Americans should be sympathetic for all immigration with no differentiation between legal or illegal. They then try to claim that Republicans are against immigration as though all immigration is, or should be, legal. Facts are facts. When we say illegal (with tongue in cheek) we are not talking about a sick bird here. Illegal immigration is unlawful immigration. These Nancy Pelosi and Maxine Waters types spewing their despicable and shameful mantra appear to be what the Democrat Party is all about now.

Most Americans without their heads in the sand get it, recognize reality and wish these bigmouths would just shut up and go away. Actually, however, I wonder if perhaps these such bigmouths might not be the Republican Party’s biggest recruiters.

The Dims efforts to gin up support for DACA recipients and open borders has been a glaring deceptive attempt to gain additional votes and election support. However, now that they have in their drive to oppose literally everything Trumpian no matter what, by turning down his most generous offer to support a DACA program that even included three times as many DACA people as the Dims were originally trying to get support for, these cocky Dims hopefully have shot themselves in the foot with the DACA folks.

All the Dims seem to exude today is vitriol for all things Constitutional and for traditional American values. Instead they promote a full time view for our need to become good socialists who should capitulate to become a member state of a globalist government run by unelected, unaccountable elitists who know best about everything for everybody. All they want is control as quickly as they can get it, to impeach President Trump and with the help of the establishment’s minions on both sides of the aisle finish what the worst President in our history, Obama, almost completed.

The second way to spell it is RINO (Republicans In Name Only). That’s right, those politicians with an R after their name who are not following our fantastic Constitution and the great GOP Platform are as bad as the sorry Dims have become. It’s because of these two factions of the Democrats’ ways that we are in the sad state that America has evolved to today. This is our biggest problem spelled out in a nutshell. Most Americans recognize our big problem is bad representation in Congress, however they may not so clearly understand why. What most citizens want to know once they catch on, is what is the solution?

CITIZENS’ NEED FOR A GUTCHECK WITH REALITY

There is absolutely nothing more harmful to Americans and our way of life than our own complacency and refusal to pay attention to how our elected officials vote on issues. That’s the simple truth about why we have the paltry state of affairs in our government that we do today. We are solely responsible for the government we have been getting because we have been too trusting, flat out un-involved and utterly clueless about how the Establishment and LOBBYI$T$ led folks we’ve elected do what they wish, which generally hasn’t had that much to do with what they should be doing for us by following our Constitution. 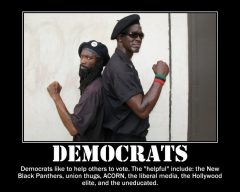 There’s a very simple way of identifying which elected representatives need replacing in our Idaho statehouse and in Congress in Washington DC. We need to study The Freedom Indexes for both bodies which shows exactly how they vote with criteria in keeping with Federal and State Constitutions and then cull the bad ones at the voting box. Here in Idaho The Freedom Index is at IdahoFreedomIndex.com published by ‘The Idaho Freedom Foundation.’ Since the legislature is currently in session, go over on the right side of the page and click on 2016 to see the most recent index completed.

For the U.S. Congress see The Freedom Index at The New American.com/freedom-index “A Congressional Scorecard Based on the U.S. Constitution” rates congressmen based on their adherence to constitutional principles of limited government, fiscal responsibility, national sovereignty, and a traditional foreign policy of avoiding foreign entanglements. In this second session of the 115th Congress just completed, abysmally our congressmen and senators in Washington, D.C. voted with the Constitution 45% of the time in the House and 31 percent of the time in the Senate. So there you see now why we are where we are.

Don’t count on a thing politicians say, only believe what you see and judge them on how they vote! Then do your part in draining the swamp by culling them at the ballot box and replace them with Constitutional following patriots that understand the importance of upholding the oaths they swear to when they are elected.

From Frederic Bastiat’s ‘The Law,’ “God has given to men all that is necessary for them to accomplish their destinies. He has provided a social form as well as a human form. And these social organs of persons are so constituted that they will develop themselves harmoniously in the clean air of liberty. Away, then, with quacks and organizers! Away with their rings, chains, hooks, and pincers! Away with their artificial systems! Away with the whims of governmental administrators, their socialized projects, their centralization, their tariffs, their government schools, their state religions, their free credit, their bank monopolies, their regulations, their restrictions, their equalization by taxation, and their pious moralizations!

“And now that the legislators and do-gooders have so futilely inflicted so many systems upon society, may they finally end where they should have begun: May they reject all systems, and try liberty; for liberty is an acknowledgment of faith in God and His works.”

To which I add, it is our fault for not paying attention, letting our elected officials zealously getting away with too much playing in the candy store with no supervision and not replacing them with constitutionally patriotic Americans.

Nunes Pushes Back Hard On House Dems: “Tell So Many Lies You Can’t Keep Track Of Them”

How liberal Democrats use lies to get what they want

Dreamers to Democrats: We’re tired of your lies

The BIG Black Lie: How I Learned The Truth About The Democrat Party

Democrats melt down over Nunes memo and enter the Upside Down