Aside from the possibility that north Idaho Avista customers will be under a Canadian electric utility, Hydro One, there is a far more serious problem in that a U.S. electrical grid will be run by a foreign country.

Hydro One is a Canadian electricity transmission and distribution service provider. Even though Hydro One is a private company, up until 2015 the Government of Ontario held 100% of its shares, at which time the government decided to sell up to 60% shares to raise money for infrastructure improvements. One concern expressed at that time was the possibility of foreign investments, which did happen with the Bahrain Gulf International Bank (GIB) holding approximately 93k shares. As of May 2017, Ontario held the remaining 49.9% shares.

In July, 2017 Hydro One bought the American energy company Avista for $5.3 billion U.S. dollars as part of their plan “to grow our business to become a North American leader”, creating “one of the largest regulated utilities in North America.” Avista will be allowed to “keep its existing corporate headquarters… and continue to operate as a stand-alone utility in Washington, Oregon, Idaho, Montana and Alaska.” Scott Morris, Avista president, likes this deal because of future “opportunities in a consolidating industry landscape for the benefit of our customers.” Morris also stated, “The partnership largely allows Avista to preserve how it does business with its customers, enables it to continue to pursue technological innovation, and permits it to take advantage of operating efficiencies and shared best practices”.

Sovereign boundaries between countries are now nothing more than an industry landscape? Ontario sits on the border from Minnesota to New York, now northwest states are part of this landscape?

According to Daiene Vernile, Member of Provincial Parliament, the Ontario Energy Board will set rates and Ontario will retain regulatory control. She better get together with Scott Morris, there seems to be a disconnect between their understanding of the deal. Wow, American electricity rates under a foreign country. Avista shareholders approved the deal November 21, 2017, but Avista is already being investigated for “potential breach of fiduciary duty claims against the Board of Directors”. The deal requires the approval of the Idaho Public Utilities Commission (IPUC) and per this October 5, 2017, Order, Avista promises no increased rate hikes and better service, Avista stock will be purchased by Hydro One, and August 14, 2018, is the final date of closure on the deal. On the other hand, IPUC must find that “the transaction is consistent with the public interest”. How is selling an Idaho utility out to a foreign country or allowing a foreign country determine what rates an Idahoan pays for electricity consistent with public interest? Entangling our electrical assets with foreigners has been going on for some time, such as the San Diego Gas & Electric entering into a “partnership” with the Russian Federation in 2010.

As part of the deal Hydro One will now also own Avista dams including the Upper Falls, Monroe Street, Nine Mile, Little Falls, and Long Lake dams in Washington and the Cabinet Gorge and Post Falls dams in Idaho, found on this map. 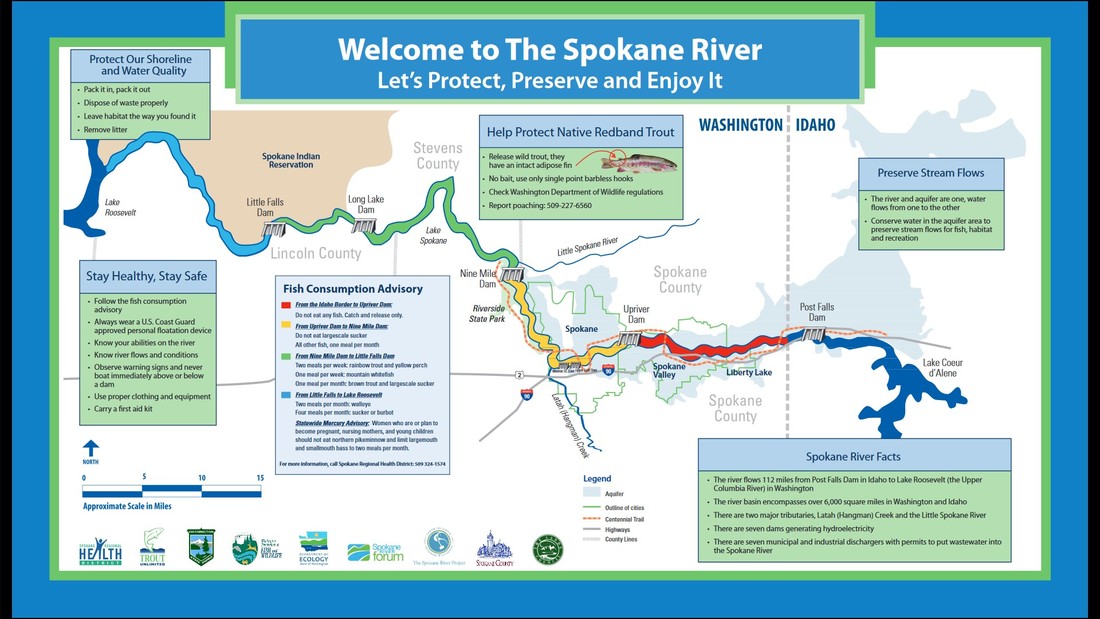 Rates were already rising prior to the selling of Ontario shares. Dismantling Ontario Hydro created a $38.1 billion debt, paid off by ratepayers through the “debt retirement fee” which was removed in 2016. However, Ontario residents continued paying higher rates, attributed to an oversupply of power, the cost of green energy such as wind and solar, and poor government management. Ontario recently took action to reduce rates while continuing reduced rate programs for those in certain categories ensuring “greater fairness”. Hydro One has a history of poor billing service and was also ordered to cut administrative costs this year. In 2016 an audit revealed customers were overcharged $37 billion. Is this the type of financial mismanagement now being brought to Idahoans? Hydro One intends to continue buying U.S. electric companies which could potentially put them in control of all Pacific Northwest electrical coverage.

The way in which our energy is regulated is complex. The most disturbing aspect of this transaction is the advancement of the Department of Energy’s (DOE) intent to “harmonize” the Electricity Sectors across North America, which means “fully integrating energy policies” between the U.S., Canada, and Mexico, and integrating electrical grids. The North American Electric Reliability Corporation (NERC) is a “not-for-profit international regulatory authority whose mission is to assure the reliability and security of the bulk power system in North America.”, and whose “jurisdiction includes users, owners, and operators of the bulk power system…” which stretches from Baja Mexico, through the United States, into Canada. Here is the NERC map. Idaho is located in the Western Electricity Coordinating Council (WECC) region. Hydro One is located in the Northeast Power Coordinating Council (NPCC). Integrating our electrical grid with Canada has been advancing since at least 2012. 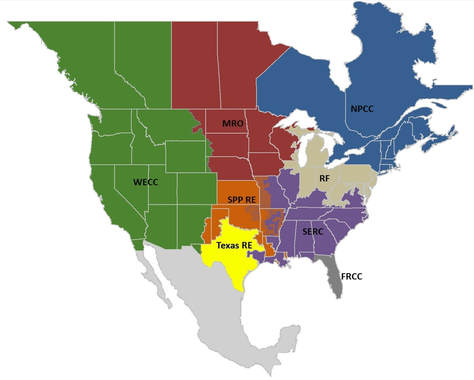 Electrical grids are separated into three areas, generation (hydropower, renewable, coal), transmission (lines that carry electricity), and distribution (electricity delivered customers). The WECC Bulk Power System (BPS) includes transmission equipment which generate and deliver electricity across North America but does not include local distribution systems. Below is a BPS graphic. NERC has a delegation agreement with WECC to ensure WECC reliability standards are met and advance NERC reliability standards, which are international.

WECC Committee members include individuals from Avista, Bonneville Power, Idaho Power, Canada, Arizona, California, the BLM, and others. They also develop and implement “Regional Reliability Standards and Regional Criteria for the Western Interconnection” which includes Canada and Mexico standards. The Board of Directors are not elected by Idahoans to represent them and their electricity needs. As in so many other issues, the United States is being broken up into regions and subregions, erasing all sovereignty, whose representation is being obliterated by individuals who are not elected by us but who have authority to make decisions about our lives, and then regulate us under international standards. The United States is being transformed into a borderless country.

One Department of Energy (DOE) goal is integrating renewable energy. Coincidentally, representatives of UNIDO and UNEP have served on advisory committees to this goal (iv)(116) as both of these United Nations (UN) organizations support energy integration. The UN Department of Economic Social Affairs (DESA) also wants “International Electric Power Grid Interconnections”. DOE has joined hands with the UN in their Sustainable Energy For All (SE4ALL) program, implementing Agenda 2030 UN Sustainable Development Goal 7, enhancing “international cooperation” (7.A), and “foreign direct investment in financial transfer for infrastructure and technology” (7.B.1).

In Agenda 21, DESA was assigned the responsibility to “…undertake the task of directing system-wide coordination and integration of environmental and developmental aspects of United Nations policies and programmes…” (38.10). Chapter 30, Strengthening The Role Of Business And Industry, also addresses the need for “cleaner production, cooperation, and partnerships” (30.1), to “mix laws and standards with industry” (30.8), and “facilitate exchange of technology” (30.23), which Hydro One supports. Chapter 31, Scientific and Technological Community, commands promotion of “regional cooperation, expanding international and regional agreements” (31.4bc), and promoting “international acceptance of codes of practice and guidelines relating to science and technology” that is “recognized by the society as a whole” (31.9). These UN objectives are advanced by the DOE and the deal between Avista and Hydro One.

Why doesn’t the federal government just quit pretending, announce we are being run by UN dictates, and admit to all of their UN partnerships?

Canada is a global partner to UN Sustainable Development which Hydro One follows in their Corporate Social Responsibility program, a UN program concocted to redistribute wealth. Avista has its own “Corporate Governance” model it follows which is another fabricated UN ruse. Now Idahoans will be dragged further into this obscene activity, along with Hydro One “green values“. Ontario hydropower is generated by Ontario Power Generation (OPG) and its employees receive a “portion of their pay in Hydro One stock as part of a new contract settlement.” Avista customers will now be subsidizing those pension plans, another way to redistribute wealth per Agenda 21. Hydro One comes with massive financial problems, what better way to fix them than to redistribute the debt to Idahoans.

One frightening factor about this electrical integration is the interconnected electrical grid systems. All electricity in the western states could be completely obliterated by an attack, rather than one grid being destroyed while the remaining separate grids would be protected. Another concern is the Columbia River Treaty. While one agreement in the original Columbia River Treaty was Canada storing water for release to the United States for hydropower, now with Hydro One in control of U.S. dams, how will this influence the re-negotiations currently taking place, especially with their UN alliance? Do Idahoans have a voice in anything, or will we just continue being subjected to the influences and decisions by foreigners and the UN?

Avista customers might want to give consideration to filing an injunction. Surely there are potential harms that will come with Hydro One, especially financial, along with other factors that are clearly not in the public interest. Why should Idahoans pay for foreign infrastructure projects or pension plans? Are there no laws that protect our sovereignty? Does this deal not violate the very foundation of our Republic? The evidence is here, the DOE and UN intend to internationalize our electrical grids, it will be only a matter of time before we see more foreign takeovers of Idaho grids to fully achieve their agenda.