“The proposal to withdraw 10 million acres to prevent (only) 10,000 from potential mineral development was a complete overreach.” — Acting BLM Director, Mike Nedd

Mining, not unlike ‘fracking,’ is one of the big boogey men the anti-public lands management movement uses to further its false narrative that resource development equals destruction. In recent decades, with state and federal reclamation efforts in play, and intensive safety regulations and compliance measures part of standard industry practice, their boogeyman is more myth than reality. Mining built the West, and continues to be a key economic driver in mineral-rich regions of the country. So, it’s not surprising that in keeping with the Trump Administration’s ‘made in America’ ethos, his Interior Department is restoring mining rights to some 10 million acres previously slated to be withdrawn. 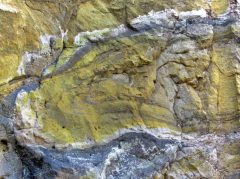 The notice citing the cancellation of the withdrawal application was signed by acting Bureau of Land Management (BLM) Director, Mike Nedd, and states:

The Bureau of Land Management (BLM) has canceled its withdrawal application and the withdrawal proposal relating to approximately 10 million acres of public and National Forest system lands located within Sagebrush Focal Areas (SFAs) in Idaho, Montana, Nevada, Oregon, Utah, and Wyoming. The BLM has determined that the lands are no longer needed in connection with the proposed withdrawal. the BLM has also terminated the preparation of an Environmental Impact Statement evaluating the application and proposal.

The ‘Sagebrush Focal Areas (SFAs)’ mentioned in the BLM statement were being considered for withdrawal from mineral leasing activity largely due to the previous administration’s broad and restrictive ‘sage grouse’ rules. But of the 10 million acres of SFAs, less than .1 percent constitute actual sage grouse habitat. According to the press release on the BLM website:

Based on a recent analysis and review of data available that showed that future mining is not a significant threat to sage grouse habitat, the Bureau of Land Management has canceled its Sagebrush Focal Area withdrawal application and the Department’s proposed withdrawal of 10 million acres of federal lands from location and entry under the mining law in Greater Sage-grouse habitat in six Western States…

The BLM determined the proposal to withdraw 10 million acres was unreasonable in light of the data that showed that mining affected less than .1 percent of sage-grouse-occupied range.

“The proposal to withdraw 10 million acres to prevent 10,000 from potential mineral development was a complete overreach,” said Acting BLM Director Mike Nedd. “Secretary Zinke has said from the beginning that by working closely with the states, who are on the front lines and a valued partner in protecting the health of these lands, we can be successful in conserving greater sage grouse habitat without stifling economic development and job growth. And that’s what we intend to do—protect important habitat while also being a good neighbor to states and local communities.”

Mining claims held by private citizens are in themselves a property right. It appears the previous administration steamrolled the rights of numerous claim holders when it implemented its sage grouse restrictions. More than an assault on private claim rights, the Obama-era restrictions on lands throughout the West have already had a devastating economic impact on many communities. Members of the Congressional Western Caucus (CWC) praised the effort to reverse these Obama policies. In the CWC press release, issued the same day the BLM announced its withdrawal cancellation, it detailed the previous administration’s effort to take 10 million acres out of productive use, and the ensuing economic consequences. The points made by the CWC include:

It’s important to note that modern mining technology has greatly increased industrial safety while decreasing environmental impact. Mining is one of the most intensively-regulated industries in modern America, and has oversight by federal safety regulators such as the Mining Health and Safety Administration (MSHA), OSHA, and numerous state mining safety and reclamation agencies. Additionally, sage grouse are not endangered, and their numbers are increasing due to state and local conservation efforts. It has been established that well-managed cattle grazing actually improves sage grouse habitat. With existing oversight and industry regulation, odds are that proper, scientifically-based mine operations and mine reclamation efforts will have no negative impact on the birds or their habitat. The BLM’s new economic development-friendly attitude may actually benefit conservation efforts by decreasing political conflicts over access to public lands.