The red arrow in the above image shows the cost of electricity in Hydro One’s territory in Canada at 36 cents per kilowatt hour.

If Hydro One takes over, this is what is coming to Washington, Idaho, Montana, Alaska, and Oregon. 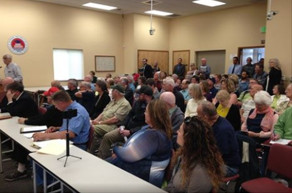 Cost of “Green” is Energy Poverty in Ontario

Why Not Hydro One: