In the first place, there is no law that a President of the United States must release his tax returns for periods prior to his election.

From the website taxhistory.org, “Individual income tax returns — including those of public figures — are private information, protected by law from unauthorized disclosure. Indeed, the Internal Revenue Service is barred from releasing any taxpayer information whatsoever, except to authorized agencies and individuals. Like all other citizens, U.S. presidents enjoy this protection of their privacy.”

As this website points out, however, many Presidents since the 70’s have chosen to do so.

The far left’s driven effort to force the release of President Trump’s’ tax returns, ready or not, is for the purpose of witch hunting for ‘evidence’ that might hurt him and they dream of it providing grounds for impeachment. Speaking about grounds for impeachment see: Democrats Should Be Ashamed and Eject their Leader and The Case for Impeaching Obama and Key Player in Clinton Betrayal of U.S. Tells All in Secret Video and ‘Bill Clinton: His Life‘ 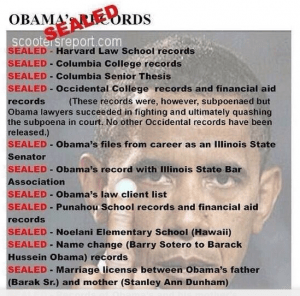 Realize that President Trump’s business empire, which is now entrusted to his sons to operate, encompasses over 530 different business entities in several countries. Compiling taxes on such an empire that deals with un-aggregating them and dissecting applicable monies to be taxed in conjunction with foreign governments’ taxing authorities has to be extremely complex. Being audited by the IRS in the middle of it all certainly exacerbates it a bit, don’t you think? Again, keep in mind, President Trump lawfully does not have to disclose returns from prior to his Presidency.

“Obama has totally ignored our Constitution. Obama has had all of his records “SEALED” – WHY? Because one seals documents because they are hiding something. And Obama has “sealed” everything, including but not limited to his college records from Occidental, Columbia and Harvard [probably will show Obama received “foreign aid”]; access to his “real” birth records or lack thereof in Hawaii and Kenya, Africa; his Passport [probably from Indonesia]; access to his adoption records; access to his affidavit to reclaim U.S. Citizenship – [it is believed he never followed through with the requirements to regain his U.S Citizenship and therefore is an illegal alien]; records legally changing his name from Barack (Barry) Soetoro to Barack Obama; and has failed to address the issues of his citizenship and his right to hold the Office of Presidency in the United States.” – From ObamaScare- by Philip J. Berg Also, see: Obamacrimes by Phillip. S Berg, Esquire

A professor who wrote a letter of reference for Obama reinforces the point that Obama was an ‘unspectacular’ student telling Obama-friendly biographer David Remnick “I don’t think [Obama] did too well in college.”

Jack Cashill states in his 2012 WND.com article ‘Why Did Obama Seal His Transcripts?‘:

“Obama claimed a 3.7 (out of 4) at Columbia. This is unlikely. Although Obama did graduate from Columbia, he did not graduate with honors. This much we know from the graduation program. 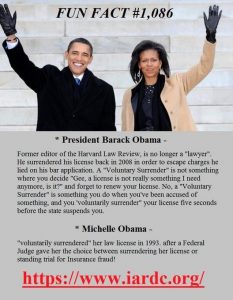 “How such an indifferent student got into a law school whose applicants’ LSAT scores typically track between the 98th and 99th percentile and whose GPAs range between 3.8 and 4.0 is a subject neither Maraniss nor Remnick chose to explore.

“Yet it seems unlikely that mediocre grades or LSAT scores would have led to this complete an informational shutdown. It seems unlikely, too, that Obama would have deemed a college thesis too radical for exposure. That he could have written off to youthful indiscretion.

“Trump’s linking of passports and transcripts, however, suggests a potential secret that would demand concealment: passage through Occidental and possibly Harvard as a foreign student.

“We know now that Obama was willing to claim foreign birth when it suited his purposes. In 1991, he famously described himself in his literary agent’s publicity brochure as having been “born in Kenya and raised in Indonesia and Hawaii.”

“We know, too, that Obama’s mother, Ann Dunham, and stepfather, Lolo Soetoro, claimed Indonesian citizenship (and “Islam” as religion) for their son “Barry Soetoro” when they enrolled him as a first grader in an Indonesian school in 1968.

“When he filed his 1973 tax form, however, Soetoro falsely claimed the more favorable “nonresident status” and so was denied re-entry to Hawaii after a subsequent business trip to Indonesia.

“The documentation surrounding Soetoro’s re-entry is maddeningly scrubbed from the record. It appears, however, that the INS relented and allowed Soetoro back into Hawaii a few months after he left.

“Obama biographers prefer the “son of a single mom,” riff, so they usually write Soetoro out of the Hawaiian picture. But it appears that he remained in Hawaii with daughter and stepson for the remainder of the time Dunham was there. 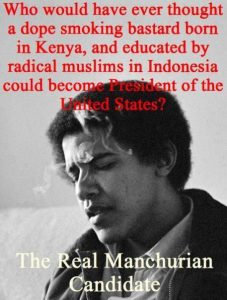 “A review of Soetoro’s INS files shows a young couple fully willing to game the system to keep Soetoro in Hawaii. To do this, they employed any number of scams from claiming nonresident tax status to faking stomach surgery for Dunham.

“Dunham returned to Indonesia for fieldwork in 1975. She and Soetoro would not divorce until 1980, a year after Barry left Hawaii for the mainland and Occidental College.

“Although he went by “Barack Obama” after leaving Indonesia, Obama had Soetoro as stepfather from the time he was 2 until he was 18. If his scam-artist parents thought it improved his life chances, they may well have claimed Indonesian or dual citizenship for Obama during this period.

“This is where the passport comes into play. In the 13th paragraph of a March 2008 Washington Post article, the reader learns that of one of the three contract employees caught in the act of breaching Obama’s passport files at the State Department worked for the Analysis Corporation, the CEO of which was John Brennan, a 25-year CIA veteran.

“The Post does report that Brennan donated $2,300 to the Obama campaign but suggests no deeper tie. In fact, Brennan was no casual donor. To its credit, CNN Politics saw the real news angle in the passport scandal: “Chief of firm involved in breach is Obama adviser.” As CNN reported, also on March 22, Brennan “advises the Illinois Democrat on foreign policy and intelligence issues.”

“After its initial article, the Post said not a single word about the incident or Brennan’s connection to it. Today, Brennan is Obama’s deputy national security adviser.

“A month later, at an April 2008 fundraiser in San Francisco, Obama countered Hillary Clinton’s boast of having met leaders from 80 foreign countries with his real-world experience.

“I traveled to Pakistan when I was in college,” said Obama in the way of illustration. “I knew what Sunni and Shia was [sic – Obama has always had problems with noun-verb agreement] before I joined the Senate Foreign Relations Committee.”

“This declaration took ABC reporter Jake Tapper by surprise. He thought it odd that he had not heard of this trip – no one had – especially “given all the talk of Pakistan during this campaign.”

“Had Tapper inquired further, he would have learned that Obama did not mention the Pakistan visit in either of his books, the 1995 “Dreams From My Father” or the 2006 “Audacity of Hope.”

“The very real possibility remains that Obama traveled to Pakistan the same way to traveled to Occidental – on the Indonesian citizenship he claimed as a boy. The passport breach may have allowed Obama to open up about Pakistan.

“It is a shame we have to speculate about such matters eight years after Obama first descended onto our planet. If we had a legitimate media, we would not have to.

However if one believes the sun rises and sets with checking facts at fact checkers like Snopes and PolitiFact you can expect all the protection Obama could possibly ask for. Contrary to what they say, Obama’s sealed records are sealed!

CHECKING OUT THE FACT CHECKERS

SNOPES: EXPOSED – Guess Who is REALLY Behind Snopes.com? and Snopes Caught Lying For Hillary…Again. Loses All Credibility and The Daily Mail Snopes Story And Fact Checking The Fact Checkers and Snopes, Which Will Be Fact-Checking For Facebook, Employs Leftists Almost Exclusively and SNOPES EXPOSED – Heavily financed by George Soros

POLITIFACT: Running The Data On PolitiFact Shows Bias Against Conservatives and The Liberal Tilt at PolitiFact and Something Odd Emerges When Fact Checking The “Fact Checkers” 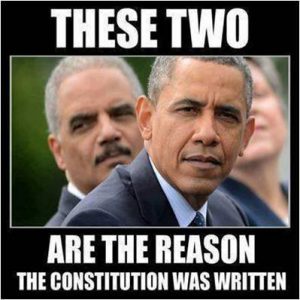 Honest people generally have nothing to hide, so this begs the question – ‘if Barack Obama has nothing to hide, then why has he gone to such lengths and personal expense to hide his birth records along with many of his other early records?’

As Trump voter Malik Obama (Barack’s half-brother) put it in 2015: “I don’t know how I’d deal with it, if it really came out that he really is a fraud or a con.” He really is, and that is how he should be remembered. The identity fraud, perhaps the most successful in history, makes a strong case that nothing from the president’s two terms should be retained.

There is no reason whatsoever for his records to remain sealed except to protect him from exposure to the probable fraud committed. When exposed, if law was broken he should be prosecuted and if found guilty sentenced like any other criminal. Do to the level of high treason that this would represent, his sentence should be heightened in severity to show for all time that no one is immune to real justice in America. Our Manchurian Candidate should meet his fate.

WHY DID OBAMA SEAL HIS TRANSCRIPTS?

Dr. Ben Carson Questions Media about Obama’s Sealed Records: ‘The American people are waking up to your game’

FAKEPREZ.CON – “Why the past eight years happened, and what it all means