Respectfully, we want to believe in Attorney General Sessions as the staunch GOP conservative from Texas who was the first Senator to endorse Donald Trump for the Presidency. A man dedicated to enforcing the rule of law and overseeing justice among our many layers of courts in the justice system. He looks and figuratively smells like the guy we want to believe in.

Then Deputy Attorney General Rod Rosenstein reinvigorated a tired 10-month investigation that failed to find any collusion between Trump and Russian hacking of the DNC by appointing Robert Mueller as an Independent Special Counsel with practically unlimited powers to pursue President Trump for ‘purported’ wrongdoing. Not a single indictment had come out of the FBI investigation.

Understanding that Sessions has much on his plate and some department re-organizing remaining, we are seeing too much from his department that is sickening in the expanding Mueller ‘witch hunt’ debacle and Sessions’ obvious approval of Mueller loading his staff with practically all partisan Democrats, with seven staffers having contributed large sums of money to either Hillary Clinton, Barack Obama, or the Democratic National Committee. None donated any money to Trump, or to any other Republican presidential candidate in the last campaign.

Mueller’s quest is an endless mire to find anything to pin on Trump, and build a mountain out of a molehill if possible. Oh, and never mind that ‘hot shot’ Mueller is best buds with Comey after serving as Comey’s boss for several years. What’s up with all that? Sessions should be embarrassed. ???

OF ALL PEOPLE, WHY MUELLER? 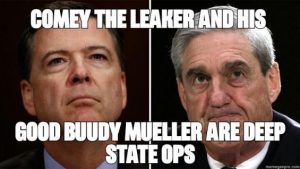 As Steve Byas, of The New American magazine reports in his revealing article ‘Mueller’s Role in Delivering Uranium to Russians Raises Questions,’ “While the revelation of a secret meeting involving Robert Mueller in the delivery of uranium to the Russians, by itself, does not prove anything of a criminal or unethical nature, it does raise questions that merit an investigation. After all, when Mueller was FBI director under the Obama administration, he was trusted enough by Secretary of State Hillary Clinton to carry out this mission. If it was a diplomatic mission, why was the FBI director involved? And if it was a law enforcement mission, why was Clinton involved?

“And is Mueller sufficiently objective to conduct an impartial investigation of a Republican president?

“These are questions that the mainstream media should pursue, but will not.”

Maureen Dowd says of Mueller’s team: “A White House adviser told me recently about how scary Mueller’s dream team is, and how Jared Kushner should be nervous. Every time Mueller adds a legal celebrity to his crew, the music gets cued for an “Ocean’s Eleven” or “Dirty Dozen” array of talent. One lawyer helped destroy the New York City mafia; another helped bring down Nixon; another tackled Enron; others are experts on foreign bribery and witness-flipping. As GQ’s Jay Willis wrote, “If these people were coming for you over a parking ticket, you’d be thinking about liquidating your life savings.”

This is all more than interesting and presents the appearance that A.G. Sessions could possibly be a grand, perfect mole, for the Never Trumpers who would be least expected of doing the bidding of the deep state globalists running the swamp after all. I choose to want to think not, BUT this is a travesty!

THE RUSSIANS: A RUSE?

I think so: Fill and control the news space, repeat, repeat till people start believing the lie. Repeat some more.

States Tyler Durden in his Zero Hedge article ‘The Evidence That Russia Hacked The DNC Is collapsing,’ “As I’ve been saying for months, there is no evidence that the Russians hacked the DNC: none, zilch, nada. Yet this false narrative is the entire basis of a campaign launched by the Democrats, hailed by the Trump-hating media, and fully endorsed by the FBI and the CIA, the purpose of which is to “prove” that Trump is “Putin’s puppet,” as Hillary Clinton put it. Now the investigative powers of the federal government are being deployed to confirm that the Trump campaign “colluded” with the Kremlin in an act the evidence for which is collapsing.

“This whole affair is a vicious fraud. If there is any justice in this world – and there may not be – the perpetrators should be charged, tried, and jailed.”

“In the first place, why would the Russians want to spy on the DNC after Obama and the Clintons so generously accommodated Putin? See: ‘Putin Would Prefer Hillary‘ 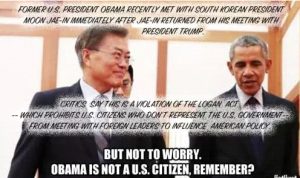 “Let us suppose that Vladimir Putin did successfully ‘hack’ election computers in our Presidential election. So now the question really comes down to who he would have preferred dealing with as our next president. Would he have preferred a guy he doesn’t know, whose successful business career has been built on accountability and credible relationships? Or, would he prefer the wheeling dealing ethics-deficient treasonous Clintons he knows he can buy off like he did with their obtaining 20% of our national Uranium supplies through a company in Canada while Hillary was Secretary of State? The Clintons reportedly raked in $130 million on the deal. It appears political relationships can be surprisingly rewarding and create downright landslide opportunities with no investigations.”

Keep in mind that not only were former Directors of the CIA John Brannon, NIA James Clapper, and FBI James Comey all appointed by Obama, but Comey also has serious connections to the Clinton Foundation. Interesting. They steadfastly support the allegation about Russian involvement in our election process while not actually probing the information directly. They are relying on other sources for their information. Cozy. Therefore, they cannot be accused of direct wrongdoing.

We should recognize that ruse is a ruse, is a ruse. 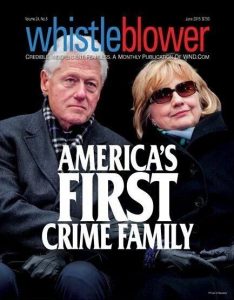 The documented crimes and transgressions of the aforementioned ‘dirty democrats’ abound and have been widely reported on but always ignored by justice and ignored and lied for by big media comrades while being swept under the rug by their fellows and neo-cons at the direction of the establishment i.e. the Council on Foreign Relations.

I’m reminded of the old TV commercial that stated ‘Where’s the beef?’ Well here is the beef. On steroids! Attorney General Sessions should sink his department’s teeth into much that is begging for investigations and prosecutions among the democrats that many believe can get away with anything as is evidenced in a little studying. 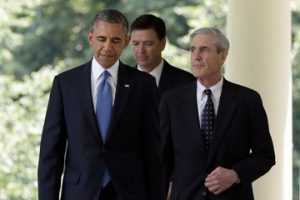 Summing up the direction of the Sessions Justice Department are the remarks of a writer named Pistol Pete on a website named PoliNation.WordPress.com: “NO NEED TO GET EXCITED. THE LAW HAS NEVER TOUCHED THE CLINTONS AND NEVER WILL. THEY OPERATE WITH IMMUNITY SINCE THEY ARE, FOR ALL INTENTS AND PURPOSES (NOT INTENSIVE PURPOSES), ABOVE THE LAW.

“Mehta said that the State Department did not do enough to search for all emails it has on its computer systems regarding the Benghazi attacks, which left four Americans dead.

“It is remarkable that we had to battle both the Obama and Trump administrations to break through the State Department’s Benghazi stonewall. Why are Secretary Tillerson and Attorney General Sessions wasting taxpayer dollars protecting Hillary Clinton and the Obama administration?”

With tongue in cheek: …wonderful.

Will the Jeff Sessions we want to believe in, please stand up.