As a kid, my blue-collar, conservative dad taught me the greatest organization in the world was the FBI. I grew up believing FBI agents were gods. My favorite TV show was “The FBI” starring Efrem Zimbalist Jr. My favorite movie was “The Untouchables” starring Kevin Costner as FBI agent Elliot Ness.

Today’s FBI is no longer my father’s FBI.

FBI special agents are still superheroes wearing the white hats and taking down bad guys. But the FBI leadership? They’re the most corrupt, politicized, liars, lawyers, bureaucrats and political hacks the DC swamp has to offer. They aren’t heroic police officers. They are biased liberal Democrat hit men appointed by people like Obama and the Clintons. They could just as well be the head of Agriculture, Labor or the dreaded IRS. They were put in place to protect Obama & Hillary, to carry out a liberal agenda, to protect the deep state bureaucracy. 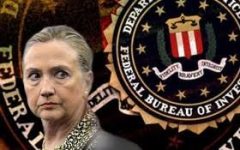 Look at the facts. You couldn’t make this up in a Hollywood movie.

The big shots of U.S. law enforcement were all in the middle of the crooked sale of one-fifth of America’s uranium stock to Russia, in return for a $140 million donation to the Clinton Foundation. Hillary literally sold the Secretary of State’s office. Then those same FBI big shots desperately tried to cover-up this treasonous scandal. It would have worked, except Donald Trump was elected President.

So, then they decided President Trump had to be discredited and destroyed.

But wait, there is so much more. Deputy Director of the FBI Andrew McCabe’s wife accepted a $700,000 bribe disguised as a “donation” from the Clinton’s lifelong best friend, while her husband was in charge of the Hillary email scandal investigation.

When this massive conflict of interest was reported by the Wall Street Journal, the FBI didn’t suspend Andrew McCabe. They hired an army of DC swamp lawyers and PR firms to cover the scandal up.

FBI agent Peter Strzok, one of the agency’s most trusted counterintelligence investigators, was removed from the Mueller Special Counsel team for sending anti-Trump messages. But it goes so much deeper. This Trump hater and Hillary lover was the lead investigator in the Hillary email investigation. He changed the wording of FBI Director James Comey’s draft about Hillary’s actions from “grossly negligent” to “extremely careless.” The fix was in. “Gross negligence” of classified materials is criminal. The language was changed to save Hillary from prison.

You have the Hillary interrogation with the FBI- done with no swearing in, no recording, no videotaping. Of course, it didn’t matter. We now know James Comey decided to find Hillary innocent before ever interviewing her. The FBI is that corrupt. The system is that rigged. 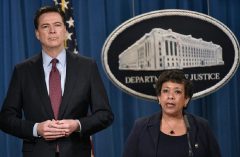 You have the Bill Clinton-Loretta Lynch tarmac meeting only a week before the FBI decided not to prosecute Hillary. When the story was leaked, instead of freaking out at the illegality of the meeting, new documents obtained by Judicial Watch prove the FBI desperately wanted to prosecute the whistleblower who reported the illegal meeting. The FBI is now that corrupt.

Let’s not forget the entire reason for the Special Prosecutor being named in the first place was based on a fake dossier, paid for by Hillary’s campaign, used by the FBI to obtain wiretaps on the Trump campaign.

Then Mueller filled his team with career Democrats and Hillary-Obama donors. The grand jury Mueller put together is filled with DC residents, a place where 91% voted for Hillary.

Matt Drudge of Drudge Report fame asked recently, “We know what happens when one lies to the FBI. But what is the punishment when the FBI lies to us?”

We’re about to find out.

This is The Fake Bureau of Investigation.