Friends, the 117th Congress is off to a fiery start. With everything from the impeachment trial of a former president to President Biden’s outpouring of executive orders, here is a firsthand update on the some of the pressing issues in Washington, DC.

Washington, DC is one of the most stringent places in the country to get a concealed carry license. Despite having an Idaho Concealed Carry License, I needed to get a new one for DC. I enjoyed taking the course with some of my colleagues like Congressman Massie, but I firmly believe that Americans deserve National Reciprocity.

I am also honored to be endorsed by Gun Owners of America and the NRA. As a longtime supporter of Idaho gun rights advocates such as the Idaho Second Amendment Alliance, I will always staunchly defend our right to keep and bear arms. Idaho is a 2nd Amendment sanctuary and with your help, we will keep it that way!

Throughout the campaign, I was asked what I thought of term limits. I believe it was the intent of our Founders that the ballot box was to be the ultimate tool for term limits, but time and circumstances have skewed the system to favor incumbents that choose to abuse the system. So once again, I have signed the Term Limits Pledge for the 117th Congress! 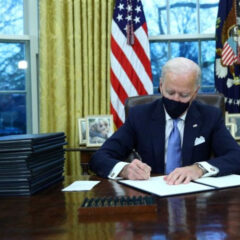 I have done many interviews in the past few weeks about President Biden’s record number of executive orders. I am particularly concerned with the effects these decisions are having on US energy production and illegal immigration, with an estimated 3,500 immigrants illegally crossing our border every day, just to name a few. 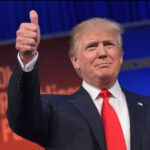 The Democrat-led US Senate has just decided to proceed with an impeachment trial of CITIZEN Donald Trump. It is very disturbing that we are impeaching a former president. I continue to be opposed, and I will be keeping a close tab on the proceedings. Stay tuned for updates in the near future!

It is my honor and privilege to fight for Idaho… especially during these uncertain times. I am reminded, now more than ever, that government exists to serve the people, NOT the other way around.

Thank you for your continued support, counsel, and prayers!