As an early Trump supporter, I originally dismissed the stories about potential collusion between Donald Trump and the Russians. However, I recently discovered indisputable evidence that there was, in fact, a very high level of collusion, not only between Trump’s inner circle and the Russians, but between the Russians and Donald Trump himself.

An anonymous, but reliable, source at CNN has provided me with solid intel that was leaked to him by a friend of his cousin’s neighbor, who obtained the information from a co-worker of a member of the White House landscaping crew. My source has indicated to me that this has been the most credible intel CNN has received to date. This new information paints a very disturbing picture of the President.

As recently as March, 2017, anonymous White House sources have reported that President Trump was observed putting Russian dressing on his salad, a clear violation of Title 17, United States Code, Section 972a, which makes it a crime to open, pour, or consume “any dressing of foreign origin in or near any residence reserved for occupancy by a sitting U.S. President, or any department or agency thereof.”

It was also reported that, on at least two occasions, President Trump dined on what appeared to be chicken Kiev, an entree of Russian origin. If substantiated, such actions would violate the Poultry Clause of the United Nations Ban on Soviet Sustenance Designations.

These serious food violations are only the tip of the iceberg. A comprehensive analysis done by the Investigative Journalism class at MSNBC has uncovered a number of suspicious anomalies that warrant further investigation. For example, the words “Trump” and “Russia” both contain the letters “R” and “U”. Coincidence? I think not. Clearly, President Trump’s ancestors colluded with the Russians when creating the family surname.

Also, Trump named his daughter “Ivanka”. Although, not of Russian origin, it sounds Russian. And, anyone with half a brain can see that the inference was deliberate. She is definitely Trump’s little Devochka.

Trump has been colluding with Russia for years. In 1993, Trump attended a performance of the Bolshoi Ballet. It may seem innocuous, but members of Russian ballet troupes are notorious for being spies, and extracting classified information from foreign diplomats using an interrogation technique known as the “Nutcracker.”

Finally, one has to look no further than Mar-a-Lago to find evidence of Russian collusion. The golf course is home to several Russian Olive trees. And, the Mar-a-Lago Club serves several varieties of vodka, some of which are actually made in, you guessed it, Russia. It is rumored that during his frequent visits to Mar-a-Lago, President Trump will occasionally enjoy a white Russian as an after dinner drink. The fact that Trump does not drink black Russians is an obvious indication that he is also a racist.

The case has been made. There is no doubt President Trump has colluded with the Russians. If I had listened to my counterparts at CNN and MSNBC sooner, I would be well on my way to a Pulitzer. But, like so many other conservative journalists, I have done a poor job of getting these facts out to the general public. I promise I will do a better job in the future. Until then . . . 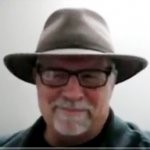 About the Author: Tony Olson is an American Journalist, Satirist, and Bestselling Author. His book SPIN GAME: Exposing Political Lies and Tactics was an Amazon Top Ten Bestseller. In addition to his articles, Tony also authored the satirical poems “Twas The Night Before Inauguration“, “Ode to Liberal Lunacy”, and “America 2021“. He also wrote the lyrics for the Youtube video “Hillary Clinton – My Favorite Excuses“. Tony currently lives in Boise, Idaho.