I told you so. In column after column both before the election and after, I predicted Donald Trump would erase Obama’s entire legacy. He’d make our long national Obama nightmare disappear. He’d make the misery of the Obamageddon economy go away. He’d erase Obama like he was never there.

In one bold stroke of his pen on Tuesday, Trump did just that. President Trump nuked the Iran deal. He shocked the world. But not me.

On my Newsmax TV show on Monday night, I not only predicted that’s exactly what Trump would do…I gave my advice to the President. I said, “Kill it. Kill it. Kill it. Stick a sword through the heart of the Iran deal like a vampire. Don’t play around the edges. Don’t reform it. Don’t compromise. Just make it die. It’s the most pathetic deal in America’s history. Obama made us look like fools. The Iranians played him for a chump. He gave away everything, including the kitchen sink. Obama gave the crazy, mentally unstable, terrorist, Jew-hating Mullahs of Iran everything they ever wanted in their wildest dreams—including billions in cash. Shock the world Mr. President. Kill it. Take it all away from them. Show them who’s the boss. Put America First. 63 million Trump voters will love you forever. Your approval ratings will go through the roof. That’s my advice.”

And my prediction followed, “I’m betting that’s exactly what President Trump will do. Because I swear we are the same person, or at least share the same brain. I’d kill the Iran Treaty and tell them to pound sand. There’s a new sheriff in town. America doesn’t negotiate with terrorists. The deal is dead.”

And then, President Trump did it.

The happiest guy in America—besides me? New York Attorney General Eric Schneiderman. He was perhaps the biggest Trump hater in America—besides Robert Mueller. He tried to ruin Trump. He sued Trump over Trump University. He was investigating Eric Trump for his St Jude charity. He tried to change the law to stop Trump from issuing presidential pardons. Just another unhinged, obsessed, blind with rage, Trump-hatin, liberal wacko. And of course, a self-proclaimed “feminist” and lover of “women’s rights.”

Except now he’s just another unemployed, liberal hypocrite and psycho. Ex-NY Attorney General Schneiderman joins ex-Congressman Anthony Weiner, ex-NY Attorney General Elliot Spitzer and ex-movie mogul Harvey Weinstein in the liberal woman abuser club. It turns out psycho Schneiderman channeled his obsessive hatred for Trump by beating, choking, spitting on women, and threatening to murder them if they left him.

Where was Schneiderman on the night DNC staffer Seth Rich was murdered?

So, why is Schneiderman happy about the Iran deal? He is the luckiest man alive. It took him out of the headlines only hours after his forced resignation. His terrible violence towards woman took an instant back seat to Trump’s decision to nuke the Iran deal. Schneiderman is already yesterday’s news. I wonder if he’ll thank Trump.

Trump is taking all of them down. Next up will be John Kerry, who at best violated the Logan Act (which bars private diplomacy) and at worst committed treason in going behind Trump’s back to try to save the Iran deal. 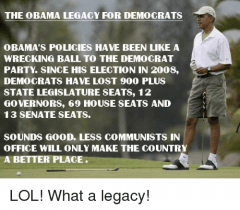 I also predict Robert Mueller will pay for perpetrating this fraudulent witch-hunt. Mueller will meet the same disgrace as Joe McCarthy.

Then there’s Hillary and the Clinton Foundation—the worst sham, fraud, extortion racket and fake charity scam in America’s history. Add in the deleted 33,000 emails, national security leaks, theft of the Democrat presidential primary and Uranium One deal. Hillary’s going up the river.

All that’s left is eight years of golf and a fake Nobel Peace Prize—awarded for achieving nothing.