All this make it worth pondering the question of whether BLM HQ should be moved to rural Western Colorado–which, by the way, has been economically harmed because of anti-fossil fuel BLM regulations, and its heavy-handed interference with ranching, farming, and other resource-based industries. Will moving the less-than-popular Bureau of Land Management’s national operations to the rural West be the equivalent of housing the proverbial fox inside the hen house?

On Saturday, April 8th, United States Senator Cory Gardner (R-Yuma, CO) floated the idea, before an audience of county officials and leaders from 20 Western Colorado counties, of moving the Bureau of Land Management (BLM) headquarters from D.C. to the rural West. More specifically, Senator Gardner proposed Grand Junction, Colorado, the largest town on Colorado’s West Slope, and the biggest berg between Denver and Salt Lake City, Utah, as a potential base for the BLM and its army of bureaucrats. The Grand Junction Daily Sentinel reported:

“The idea of moving the headquarters of the Bureau of Land Management to Grand Junction drew applause Saturday from a Club 20 audience.

“U.S. Sen. Cory Gardner, R-CO., said the secretary of the Interior, Ryan Zinke, was “very interested” in the idea, though Gardner commented that Zinke might want to move the agency to Montana, Zinke’s home state.

“Gardner is crafting a bill that calls for the agency to move west to a location with access by air and highway, and in and among the lands administered by the bureau.

“Grand Junction, though, isn’t called out specifically in the bill so far, only by its specifications, including its central location.

“If not executed carefully, the idea could be appropriated by legislators from Utah, Wyoming or another Western state.

“Most bureau employees will be unaffected because about 600 of the bureau’s 3,000 employees work at the agency office in Washington, D.C., Gardner noted.

There may be a sense of poetic justice in moving BLM headquarters from its artificial, urban D.C. environs to the outback of the Great Basin, especially when considering the fact that the federal death-grip on public lands begins roughly 100 miles east of Grand Junction, at the Continental Divide. 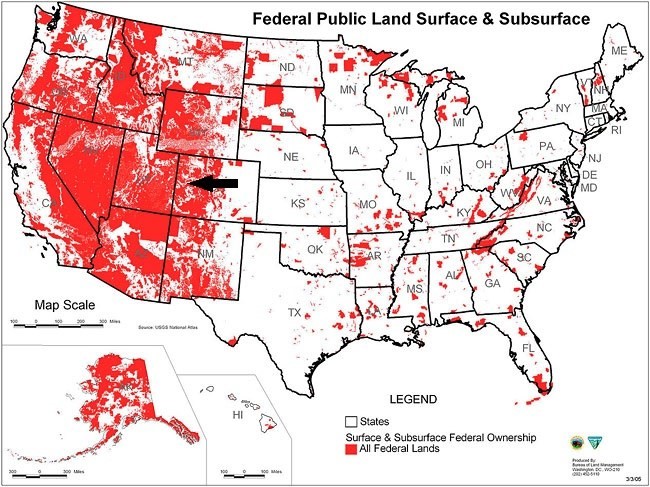 But perspective is necessary, and people outside the areas in red should understand that ‘BLM’ is as much a hiss and byword as any federal agency could be. Although rangers in some local offices are reasonably cooperative and understanding in their dealings with local governments and property owners, the agency is as unpopular–and unfortunately as feared–as the EPA was under Obama. With a history of arbitrary road closures on public lands, clashes with locals, and power-crazed agents literally bullying law-abiding citizens to death, many in the West would rather see the BLM headquartered in Antarctica, than anywhere close to them. 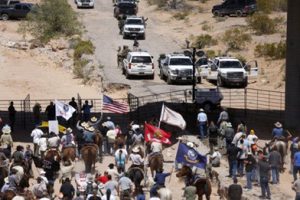 BLM’s long train of abuses and usurpations goes back decades, and unfortunately, vestiges of the culture of error, dishonesty, arrogance, and regulatory overkill still linger today. But with a new Administration in place intent on restoring the functions of the BLM to those intended when it was formed, there may be hope. Most visible are the actions Interior Secretary, Ryan Zinke, has taken to shift BLM’s mission from one of locking up resources to one of opening up federally-controlled lands to multiple uses, especially grazing, farming, and energy and mineral development. The strongest evidence of this is the appointment of Mike Nedd, domestic energy advocate extraordinaire, as interim head of the BLM.

The current trajectory of the BLM has unquestionably diverged from what it was under past administrations. Its gradual march away from resource development to obstructionism took decades, and will likely take many years to correct both in policy, as well as draining the bureaucratic swamp where career ‘civil servants’ hide beneath the muck of federal hiring and firing policies which badly need reform.

All this make it worth pondering the question of whether BLM HQ should be moved to rural Western Colorado–which, by the way, has been economically harmed because of anti-fossil fuel BLM regulations, and its heavy-handed interference with ranching, farming, and other resource-based industries. Will moving the less-than-popular Bureau of Land Management’s national operations to the rural West be the equivalent of housing the proverbial fox inside the hen house? Or…given the bad reputation of the BLM and the explosive nature of its overreach and aggression (Remember the standoff which resulted from the BLM’s attempt to confiscate cattle from Cliven Bundy’s historical grazing allotments?), one must wonder whether moving this much-loathed federal agency to the West would be more like putting a fox in a coop with hundreds of suspicious and indignant fighting roosters. Maybe Senator Gardner’s idea isn’t such a bad thing, after all.

Would move west improve BLM accountability, or put the fox in the hen house? from FreeRangeReport.com