— Published with Permission of WesternWire.net —

A Wyoming representative leading the effort to amend the Migratory Bird Treaty Act, along with solar and oil and gas trade associations, applauded the Department of Interior decision to clarify conflicting interpretations of the law for incidental “takings” and decriminalize accidental bird deaths Friday.

Rep. Liz Cheney (R-Wyo.), whose amendment to the MBTA as part of the bipartisan SECURE Act passed out of the House Natural Resources Committee in November, said the Interior Solicitor’s clarification was “consistent” with her efforts.

The Interior’s Solicitor’s Office opinion determined the MBTA does not prohibit the incidental take of birds. 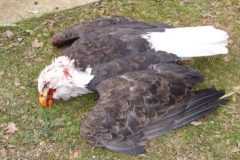 “Interpreting the MBTA to apply to incidental or accidental actions hangs the sword of Damocles over a host of otherwise lawful and productive actions, threatening up to six months in jail and a $ 15,000 penalty for each and every bird injured or killed,” Deputy Solicitor Daniel Jorjani wrote. “As Justice Marshall warned, “the value of a sword of Damocles is that it hangs-not that it drops.”

“This is also a victory over the regulatory state and will bring relief to those companies, operators, and individuals who have suffered because of environmental extremists’ exploitation of ambiguities in the law,” Cheney said. “This clarification is consistent with my amendment to the MBTA, which would put these changes into statute, and help end permitting denials and delays, and fear of unwarranted criminal liability, while bringing relief and regulatory certainty to key businesses, like our home builders, oil and gas, wind, and coal industries.”

DOI’s new opinion threw out a determination made by the previous administration in its final months.

“Interpreting the MBTA to criminalize incidental takings raises serious due process concerns and is contrary to the fundamental principle that ambiguity in criminal statutes must be resolved in favor of defendants. Based upon the text, history, and purpose of the MBTA, and consistent with decisions in the Courts of Appeals for the Fifth, Eighth, and Ninth circuits, there is an alternative interpretation that avoids these concerns,” Jorjani wrote.

The agency determined “that the MBTA’s prohibition on pursuing, hunting, taking, capturing, killing, or attempting to do the same applies only to direct and affirmative purposeful actions that reduce migratory birds, their eggs, or their nests, by killing or capturing, to human control.”

Cheney brought the amendment on behalf of several industries in her home state.

“It’s not just oil and gas; this is also hindering our wind turbine operators as well as homebuilders and coal mines,” Cheney told E&E News in November.

That appeals court split—the Fifth, Eighth, and Ninth have limited liability to deliberate acts—while the Second and Tenth have held that the MBTA imposes liability on all inadvertent deaths, has added to the uncertainty.

“On its way out the door, in January 2017, the prior administration issued a Solicitor’s Opinion concluding that the MBTA does criminalize accidental conduct. This broad interpretation makes every American a potential criminal, from those who merely drive cars or own buildings with windows, to those who operate windmills or oil facilities,” reads an Interior one-pager obtained by Western Wire.

“Our Solicitor’s Opinion reverses this radical interpretation, providing greater regulatory certainty by returning to the MBTA to its proper limits: prohibiting actions that have as their purpose the taking or killing of migratory birds,” Interior concluded.

Samantha McDonald, Director of Government Relations for Independent Petroleum Association of America called the Department of the Interior Solicitor’s “an important step to clarify the intent of the law to its original purpose of protecting avian species.”

“The Migratory Bird Treaty Act has been in the spotlight over recent years as the law’s language has been expanded beyond its original intent over disputes of incidental or intentional take of protected bird species,” McDonald said. “The MBTA is an important law to protect species we all care about. Unfortunately, recent legal interpretation of the Act has placed blame on lawful industries and activities. IPAA welcomes the new Solicitor’s Opinion to provide much-needed legal clarity on this 100-year-old statute.”

“IPAA members take species conservation seriously, and work actively to protect the environment and habitats where they operate. Many independent companies have U.S. Fish and Wildlife Service-approved Avian Protection Plans and have spent millions of dollars on the conservation of listed and candidate species,” McDonald said. “Many other industries, such as wind and electric transmission companies, share this commitment, but face legal ramifications due to expanded interpretation of the MBTA.”

“Today’s action is an important step to clarify the legal role of the MBTA to support species protection, while limiting inappropriate legal impacts on otherwise lawful activities from an array of industries,” McDonald concluded. 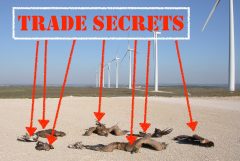 “The U.S. oil and natural gas industry supports protection of migratory birds, and this opinion makes clear that the Migratory Bird Treaty Act should not be used for overzealous enforcement of criminal penalties on those engaging in otherwise lawful activities,” said API Upstream and Industry Operations Group Director Erik Milito in a statement. “The Department’s approach is an example of astute governance that provides certainty for responsible owners and operators of oil and natural gas facilities. The opinion reinforces the original intent and text of this law and provides assurance to many others who engage in everyday and commercial activities like farming, mining, and operating wind turbines and solar facilities.”

The Audubon Society attacked the decision, saying the administration was pitting conservation against economic growth. 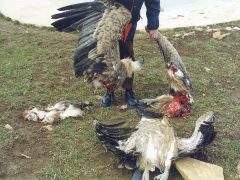 Clarifying the law on incidental “takings” will not just apply to oil and gas companies. Renewable energy producers, along with utilities, are also subject to the law.

“This is a welcome change,” Christopher Mansour, the Solar Energy Industries of America’s vice president of federal affairs, told The Daily Caller News Foundation. “These are sensible reforms that provide much-needed clarity and regulatory certainty to solar developers.”

The Fifth Circuit’s ruling in 2015 in United States v. Citgo found the application of liability in all cases absurd and overly broad.

Writing for the court, Judge Edith Jones wrote, “If the MBTA prohibits all acts or omissions that ‘directly’ kill birds, where bird deaths are ‘foreseeable,’ then all owners of big windows, communication towers, wind turbines, solar energy farms, cars, cats, and even church steeples may be found guilty of violating the MBTA.”

“This scope of strict criminal liability would enable the government to prosecute at will and even capriciously (but for the minimal protection of prosecutorial discretion) for harsh penalties: up to a $15,000 fine or six months’ imprisonment (or both) can be imposed for each count of bird ‘taking’ or ‘killing,” Jones wrote.

“Equally consequential and even more far-reaching would be the societal impact if the government began exercising its muscle to prevent ‘takings’ and ‘killings’ by regulating every activity that proximately causes bird deaths. The absurd results that the government’s interpretation would cause further bolsters our confidence that Congress intended to incorporate the common-law definition of ‘take’ in the MBTA,” Jones continued. 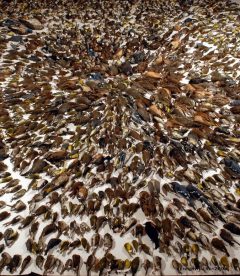 “The Migratory Bird Treaty Act makes it illegal for anyone to take, possess, import, export, transport, sell, purchase, barter, or offer for sale, purchase, or barter, any migratory bird, or the parts, nests, or eggs of such a bird except under the terms of a valid permit issued pursuant to Federal regulations,” according to the U.S. Fish and Wildlife Service.

“[S]everal of the bill’s amendments will provide needed clarity to our nation’s energy producers. Language introduced by Representative Liz Cheney (R-WY) clarifying liability under the Migratory Bird Treaty Act (MBTA) is welcomed by NOIA and a large and diverse coalition of other industries, including solar, homebuilders, electricity companies and others,” said Randall Luthi, President of the National Ocean Industries Association, in November.

The National Rural Electric Cooperative Association pointed to avian electrocutions on powerlines and bird deaths at wind facilities as subject to the MBTA’s “strict liability” application.

“In United States v. Moon Lake Electric Assn Inc. (1999), the court found Moon Lake Electric Association guilty of violating the MBTA and the Bald and Golden Eagle Protection Act because it had ‘failed to install inexpensive equipment’ on power poles ‘causing the death or injury of 38 birds of prey,'” NRECA wrote. “The Moon Lake case represented the first time an electric power company had been prosecuted criminally for electrocuting protected birds.”

“More recently, Duke Energy (November 2013) and PacifiCorp (December 2014) entered plea agreements for violations of the MBTA due to deaths of protected birds at wind facilities. Both prosecutions of wind energy corporations occurred in Wyoming and carry with them significant monetary penalties and planning requirements. PacifiCorp agreed to pay $2.5 million, and Duke Energy $1 million,” wrote NRECA. 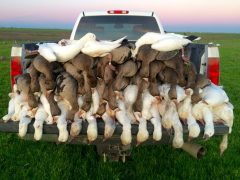 “The Migratory Bird Treaty Act is another of a long line of well-intended laws that have been greatly misused by the keep-it-in-the ground movement to try and shut down responsible energy development,” Tom Pyle, President of Institute for Energy Research, told Western Wire via email. “The Solicitor’s opinion reverses an Obama midnight regulation that would have criminalized people for driving cars and owning office buildings. This change will provide greater regulatory certainty and restore the act to its original intent. Today’s decision is another in a long list of actions the Trump Administration has taken to reset our energy and environmental policies and reign in the power of the federal government.”

“It gave the federal government broad powers to play favorites. Some could get a pass to kill migratory birds while others could be subject to the heavy hammer of the federal government. This new, common sense opinion is welcome and rightly returns the interpretation of the MBTA to its original intent,” Cooke said.

“This opinion is what common sense conservation looks like, and all Americans benefit from it. The President and his administration are proving that being good stewards of our environment and enjoying a thriving economy are not mutually exclusive. We can have both,” Cooke concluded.