That makes us ripe for an appealing pitch for an effective ‘quick fix for our troubled times,’ because most of us are to the point of screaming like character Howard Beale did in the 1976 film ‘Network’ “I’m as mad as hell, and I’m not going to take it anymore.”

The promoters of the various calls for an Article V Constitutional Convention (Con-Con) would have us believe that a Con-Con is the insightful remedy from our founders. They liken Article V in our Constitution to a tool that needs being implemented because our system is clearly broken now and incapable of repairing itself.

So it is that cunning pitchmen like Mark Meckler who promote ‘Convention of the States’ (COS) and the ‘Balanced Budget Amendment’ (BBA) conventions would have us believe that their endeavors are here to save us from ourselves by righting our sinking ship if only we will trust his and others’ selection of patriotic delegates to such a convention. 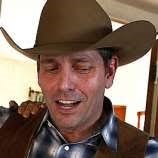 They say we must take charge, and help them do our bidding correctly, since our system is now literally defunct. You know, like “‘Trust us,’ since you’re mad as hell, and not going to take it anymore. We’re here for you.”

Our founders intended Article V to be used for repairing our Constitution should it need be. It not only needn’t be, it is the finest governmental system developed by man and is responsible for making us the most successful nation on earth in history! Why should we change something with that kind of track record? All that is wrong is that our greedy politicians quit following it and our lackadaisical citizens quit paying attention.

Our Constitution doesn’t need fixing. It needs adherence, enforcement and prosecution for violations! 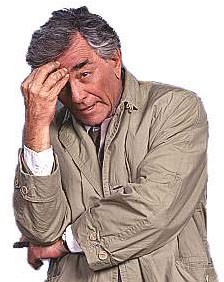 The scheming promoters like Meckler can’t give you a satisfactory answer to just one question. “Why should we believe new amendments or laws are going to be magically followed any more than current laws?”

So once you understand new laws will definitely not be followed any better than current laws, you should be asking “Then what is this really all about? Really!

We should know where Meckler and his comrades get their funding.

It should be no surprise that the originating funding forces are from ultra-wealthy, unaccountable, unelected global elitists who want to get the door open to a convention where they can have their way with our Constitution, and more probably do away with it, morphing us into a member state of a global government in consort with their comrades at the UN and their current partners at the Council on Foreign Relations.” See: ‘Meckler admits ‘Convention of States’ won’t solve the problem!’

‘NOT TO WORRY’… AND REALITY

Also, schemers like Meckler are quick to strongly assure us that we are not to worry about a runaway convention or any kind of damage to our Constitution coming out of a convention because the results will have to be ratified by three-fourths of our state legislatures, or 38 states. He and other promoters almost never acknowledge that there is another way ratification is allowed in Article V and that is by special ratifying conventions which is actually the route they would choose for obvious reasons. Plus, to see how long that process can take, definitely see the list of how long it took to ratify our last 17 amendments to our Constitution in the article: ‘What a Convention of the States will NOT do!‘

There is no way in today’s political climate that a COS or BBA Article V Con-Con’s delegates would send new amendments to all of the state legislatures for three-quarters of them to ratify. Look at how much infighting and stagnation exists in our US Congress or for that matter in our statehouse here in Idaho. Then multiply that times 38 states. No, there is a much safer way of doing it in their mindset. Instead, a special ‘ratifying convention’ of select, like-minded, delegates would be ‘made to order’ and is identified in Article V right after the word or.

The Congress, whenever two thirds of both houses shall deem it necessary, shall propose amendments to this Constitution, or, on the application of the legislatures of two thirds of the several states, shall call a convention for proposing amendments, which, in either case, shall be valid to all intents and purposes, as part of this Constitution, when ratified by the legislatures of three fourths of the several states, or by conventions in three fourths thereof, as the one or the other mode of ratification may be proposed by the Congress; provided that no amendment which may be made prior to the year one thousand eight hundred and eight shall in any manner affect the first and fourth clauses in the ninth section of the first article; and that no state, without its consent, shall be deprived of its equal suffrage in the Senate.

Our sage founders who knew tyranny first hand and, as realists of their day, knew the 13 colonies could not ratify since they were still bound by the Articles of Confederation. Instead, they used Ratifying Conventions in nine states. Also, repealing Prohibition would not have happened in state legislatures like Utah, so following Article V’s or, ‘by conventions…,’ ratifying conventions were used. 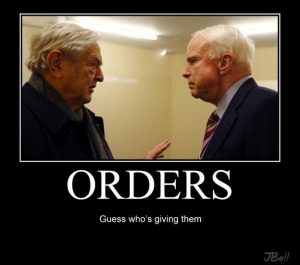 The power driven globalist forces, such as George Soros, behind the funding of all these many diverse calls for a Con-Con would not risk to chance the complexities of state legislature ratifications with committees, legal research, filibustering, gerrymandering, endless debate and prioritization that could render results being extremely difficult to achieve in any timely fashion. Then multiply those activities times 38! No.

They would wisely choose, like the two instances before in our history, to use ratifying conventions that would assuredly be comprised of special interests delegates who would be selected to do the convention’s bidding. Some might say these delegates would be very well paid, extremely loyal, all-in, single-minded, baggage carrying, knuckle-dragging, turncoat maggots. But I wouldn’t say all that because it sounds a little undignified. They are money hungry globalists, socialists or deluded neo-cons.

States JW Malloy of Post Falls, ID, “In 1788, James Madison, speaking of an Article V convention, said it ‘would no doubt contain individuals of insidious views, who, under the mask of seeking alterations popular in some parts … might have the dangerous opportunity of sapping the very foundations of the fabric [of the Constitution].’

“Popular alterations might ostensibly balance the budget, limit terms, define marriage, or ban flag-burning. Individuals of insidious views need just one popular cause with which to con us into trusting them, but in 1990, asked specifically whether a Con-Con could be limited to a single issue, Judge Robert Bork, former Solicitor General, acting Attorney General, and judge for the United States Court of Appeals for the D.C. Circuit responded, ‘…I do not see how a convention could be limited to one topic once it had been called.””

REVEALING FACTS ON APPLICATIONS AND RESCISSIONS

Since applications have been recorded and tracked there have been over 400 various applications for an Article V convention. See most of them at FOAVC, and be dumbfounded that these proponents are still at it. And for so many different calls.

49 of the 50 states have at one or more times filed for an Article V Convention. Idaho has been listed for calls 6 times all the way back to 1910 and a most recent rescission in 1999.

So far this year Arizona and Wyoming approved applications while Maryland, Nevada and New Mexico came to their senses and rescinded theirs. So we got a -1 net gain.

Given the numbers of applications it’s amazing that we’ve been blessed with forthright rescissions prevailing in most instances due to awakening to the reality of the fatal danger a Con-Con would pose to our Constitution once it’s called.

We don’t have a Constitution problem. We have an adherence problem. The ‘fix’ is following law, law enforcement, prosecution and nullification (see: The Nullification Alternative). Nullification by the states of federal unconstitutional encroachments is certainly the correct tool that would surely work and needs being exercised.

Good representatives doing good representing should see to it that all is well. What has happened?

“What’s a guy to do?” we ask at the overwhelming effects of mostly government caused screw-ups. To start with, recognize that most problems stem from government meddling, micromanaging, and regulating in areas in which they have no right, expertise, or accountable, management skills.

As John F. McManus states in his video ‘Overview of America,’ “It hasn’t been what Government did that made America great. It was what Government was prevented from doing in our Constitution that made the difference. America became great precisely because the stifling effect of too much government had been prevented. However, freedom in America was not totally unrestrained, Americans overwhelmingly chose to limit their actions to moral codes such as the Ten Commandments. Personal morality and limited government; it’s the combination that characterized America and made it the envy of the world.”

It truly is ‘George Washington Time.’ We must hang in there and keep our objectives clear. Think of the years of Washington’s defeats, thousands of desertions and thousands of deaths from diseases with a ragged, sometimes shoeless army, ‘keeping their chins down’ and slogging it out in miserable winter conditions, never giving up.

We must start educating ourselves, and as much of our centers of influence, as possible about the reality of what America has been about: Freedom and Capitalism exuding from our wonderful Constitution. Again, our problems have all come from not adhering to it and not enforcing it. If we haven’t done too well lately following existing law, why again, would anybody believe results would be different with new Amendments?

The Constitution of the United States is the bones of what has become the greatest country man has known created by wise men who had first-hand knowledge of real tyranny. Truly a new Con-Con would be a dream come true for the machinating socialist and world government advocates who wish to finish fundamentally changing America as we’ve known it for their own designs. These Con-Con promoters are either deluded or the deluding.