— Reprinted with permission from Redoubt News —

Prosecutors wanted to call Sepulvado to the stand to authenticate the interview and have it admitted into evidence. Attorney Duane A. Bosworth, representing Oregon Public Broadcasting and Sepulvado, argued against the subpoena citing First Amendment protections, saying that forced testimony would “chill future sources, even nonconfidential ones”. 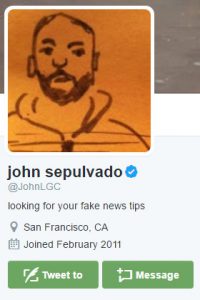 Judge Anna Brown was surprised at the government’s stance that no journalistic privilege exists to protect a reporter from having to testify in a federal criminal case. “I’m starting with the premise that there is a journalist’s privilege under federal law,” Judge Brown said.

But she has not taken that same stance in regard to journalist Gary Hunt. She has ordered Hunt to appear in her court as she intends to dictate what he is allowed to publish, and what he is not allowed to publish. It is also unclear as to whether she will attempt to force him to reveal his sources.

Defense lawyer Jesse Merrithew, representing Jake Ryan, argued that “This is not an interview. This is a story that was editorialized by OPB to tell the news from their perspective.”

Judge Brown seems to want to force the defense to call Ryan Bundy to discuss the interview. However, this would violate his rights, as he is still under indictment in the Nevada Bunkerville trial. Additionally, the charge of theft of FBI surveillance cameras against Mr. Bundy resulted in a hung jury, which has yet to be dealt with.

I am a strong supporter of the first amendment. I believe in Freedom of the Press, and do not want my rights as a journalist to be thrown aside by any court.

In that respect, I agree with Judge Anna Brown.

My problem with the case is that Judge Brown is picking winners and losers. She has trampled on the US Constitution more times than any other judge that I have seen. She has denied Constitutional rights to the defendants, including, but not limited to, the right of bail.

The government has also claimed that a ‘redress of grievance’ is not a legal document, which Judge Brown upheld. However, it is clearly laid out in this same First Amendment.

Judge Brown has repeatedly denied defendants the chance to quote from the Constitution, stating that the law will be applied as she interprets it only. The Constitution is not allowed in her courtroom. So, why now?

The interview is very biased. Sepulvado has repeatedly called the defendants names, such as ‘thugs’ and ‘dipsh*t’, and admits to doing so. He was upset at the verdict of ‘Not Guilty’ and did not hide that. There can be no doubt that the final edited version of his interview was very biased.

The questions of how much was cut from the interview and thrown on the editors floor cannot be answered. It is obvious that the intent of the journalist was to develop a biased piece strictly for the purposes of propaganda. It would be a travesty for this to be admitted as ‘evidence’ against these defendants.

Congress shall make no law respecting an establishment of religion, or prohibiting the free exercise thereof; or abridging the freedom of speech, or of the press; or the right of the people peaceably to assemble, and to petition the government for a redress of grievances.