US Forests Given to Tribes About to Become Law 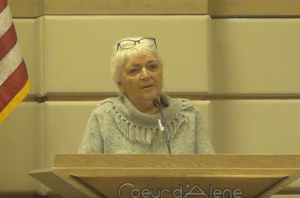 The U.S. Government is about to create a law giving US Forests, their waterways, tributaries and watershed to Indian Tribes in Senate Bill 2012 which is in a re-write committee after already being passed in both houses.

It is being done very secretively, with no intentions to have meaningful public examination or comment. The massive 792 page bill, the North American Energy Security and Infrastructure Act of 2016, includes 393 amendments to current energy laws. 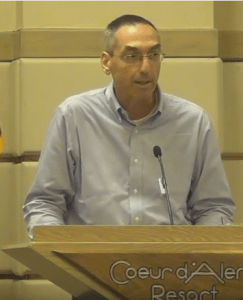 “The bill’s tribal government forest management provisions are extremely harmful and could severely diminish the constitutionally protected rights of private property owners throughout the United States, the Western States Constitutional Rights consortium emphasizes. Indeed, the pending legislation is itself unconstitutional, as explained in a legal memorandum the consortium sent to 13 Members of Congress.”

TAKING THE FIGHT ON THE ROAD

On Thursday and Friday, Oct. 13th and 14th Mr. Kogan accompanied by Elaine Willman an acclaimed researcher and author of two books Going to Pieces: The Dismantling of the United States of America and Slumbering Thunder: A Primer for Confronting the Spread of Federal Indian Policy and Tribalism Overwhelming America held a series of meetings in eastern Washington and northern Idaho. Over 40 elected officials attended the meetings and came away truly awakened. 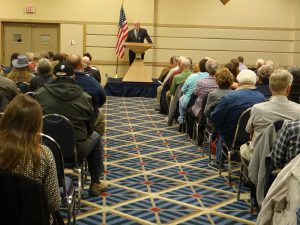 Kogan and Willman, accompanied by her daughter and assistant, Wendy Davis, MBA embarked on an 8 day information journey presenting the alarming facts most Americans never heard of to cities in Eastern Washington, Northern Idaho and Western Montana.

You must see the video of the Coeur d’Alene meeting! See it here. It is very impactful and full of hard hitting facts that will jar your awareness. Following is a summary of much of the information cited in that speech.

A SUMMARY OF WRITE-UPS FOR WESTERN STATES CONSTITUTIONAL RIGHTS, LLC: 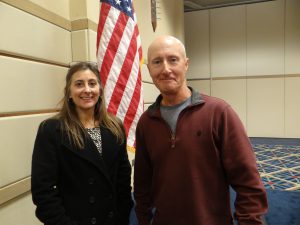 Quoting Larry Kogan from his article A UN and Tribal Takeover, “Congress is quietly considering two versions: a Senate-passed Senator Murkowski (AK) version without forestry measures and a House of Representatives version with both forestry and tribal forest management measures (H.R. 2647, the Resilient Federal Forests Act of 2015, sponsored by Representative Bruce Westerman (R-AR) and cosponsored by 11 Republicans and 2 Democrats). Bipartisan chicanery.

“On September 8, the two versions were submitted to a conference committee, to be reconciled so that both chambers can pass a bill and President Obama can sign it into law. The problems are extensive.

The above links and other links in this revealing treatise contain a tremendous amount of factual information for the doubting Thomases among us who have a hard time taking seriously this blatant move on property and water rights, our sovereignty and freedoms. Please forward this information far and wide.

Oh, and I really hate that I have to mention this, but both of our US representatives voted YEA on this atrocious bill. And worse yet, Rep. Simpson along with WA Rep. Cathy McMorris Rodgers were co-sponsors of this bill with 9 other Republicans and 2 Democrats. Something’s more than amiss. Are they incompetently not reading the bills, did they just screw up or are they dirty?

We should ask them why they voted the way they did.

Another MUST READ is Elaine Willman’s extensive article: “Warpath: Obama’s Indian Policy Threatens All Americans, Both Tribal and Non-tribal Citizens.“