What is the difference between a jihadi and a social justice warrior? Not much.

The jihadi is an unapologetic soldier in Islam’s religious war against America seeking to reestablish the Muslim caliphate by internationalizing the world under one-world government ruled by sharia law.

The social justice warrior is an unapologetic soldier in the leftist secular Culture War against America seeking to destroy America from within and internationalize her under one-world government ruled by the globalist elite.

So, the secular social justice warrior and the religious Islamic jihadi are allied in their goal to destroy America and establish one-world government. The difference between them is the intended rulers of the new world order they aspire to create.

Words matter. For eight years the English language under Obama was perverted to Orwellian doublespeak – words and expressions lost their accepted colloquial meanings including the word religion.

What is a religion? Merriam-Webster defines religion as:

— the belief in a god or in a group of gods

— an organized system of beliefs, ceremonies, and rules used to worship a god or group of gods

— an interest, a belief, or an activity that is very important to a person or group

The colloquial meaning of the word religion is expressed in the first two definitions on Merriam-Webster’s list. Obama’s definition is all about the third.

An interest, a belief, or an activity that is very important to a person or group. That is the winning definition and Obama’s leftist Liberalism is America’s new religion! Here is the problem.

All three definitions of religion share the word “belief” but believing something, no matter how fervently, does not make it factual. That is precisely why religious beliefs are universally described as “faith” based. Liberalism’s beliefs are no different which is why it is impossible to convince a liberal that his premise may be faulty. The social justice warrior confuses moral doctrine with politics. The leftist liberal’s faith-based narrative of political correctness, moral relativism, and historical revisionism are sacred to him and cannot be challenged. 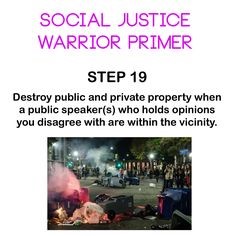 “The commonality between social justice quasi-religion and actual religion is that they both start off with revealed truths, Saad began. And these revealed truths are the starting points of their belief system. And those beliefs cannot be attacked or questioned. That’s why they are in the realm of faith and not evidence. Saad explained that a strict adherent to social justice politics will not be swayed by even the strongest of arguments. Why? Because social justice warriors refuse to allow intellectual criticism of their revealed truths.”

The social pressure to conform to the tenets of Liberalism are enormous. Educational curriculum content, bullying, social shunning, employment hiring, firing, career advancement, academic grades, safe spaces, criminalizing speech, censorship of Internet content, and prohibiting conservative speakers are just a few of the myriad strategies being used to silence and shame those with differing views.

Sharia law is antithetical to American Judeo-Christian norms and Constitutional law. The leftist pressure to accept sharia law as a benign multi-cultural alternative in America completely ignores the reality that sharia law is hostile to American norms. Liberalism’s ultimatum is conform or be shunned. Far less extreme than the ultimatum in Islamic countries – conform or die – yet both consistently deny freedom of speech.

Freedom of speech and the separation of church and state exist to protect ALL Americans from the historical excesses of religious zealotry. Islam’s political motives hide behind America’s freedom of religion. Liberalism’s faith-based religious infrastructure is disguised as American politics – but that is what Orwellian doublespeak does.

Obama’s Liberalism/Leftism is the new religion and must be reviewed in terms of separation of church and state. Liberalism and its tenets of political correctness, moral relativism, and historical revisionism are indoctrinating American students in public/private schools across the country. Obama’s sycophants, the social justice warriors, that follow his left-wing liberal narrative do so with the arrogance of moral superiority and the religious zealotry of jihadis who reject any form of criticism.

Obama’s promise to fundamentally transform America has brought the jihadi mentality of religious conformity to Leftist politics in America today. The Leftist/Islamist axis colluding to destroy America from within cannot be allowed to proceed. All is fair in Obama’s ongoing Culture War – there are no rules of engagement. His Resistance movement has no respect for truth, laws, peaceful protests, separation of church and state, or the American Constitution. Under his leadership, a tyrannical ends justifies the means mentality has replaced civility, lawfulness, and freedom of speech.

What is the difference between a jihadi and a social justice warrior? Not much.