If practices are translated here, the effect will be traumatic, extremely costly, and even life-threatening. The key objection is that Hydro One will bring its practices from Ontario to Avista customers, practices which are unnecessary and have brought serious hardships on Hydro One’s customers in Ontario.

FIRST: Impacts on Ontarian’s are numerous; with Ontario’s expensive electricity, parents must decide whether to feed children or heat their homes in the cold of northern Ontario. Hydro One has disconnected 58,000 customers, some as winter approached. The most severe objection is the extraordinary price of electricity imposed on Ontarians.

The Strong Connection: An obvious question to ask is what has caused electricity cost to be so high? The cause of the electricity dilemma can be linked to one man and one purpose: Maurice Strong.

Strong created the false climate science, ‘Climate Change’ and falsely promoted its cause by humans with intent to sell global governance by the U.N.

Strong was a United Nations “insider” for most of his career and the #2 man to the U.N. Secretary General who chaired the gigantic 40,000 participant Climate Conference in Rio de Janeiro in 1992 and responsible for assembling the Kyoto Protocol. See “Strong Connection” continued below.

In 2018 Ontario’s Hydro One’s electricity costs CN 66.2 ¢ per kilowatt-hour and in 2019 it will increase to CN 83.9 ¢. This is not the rate for electricity, or the rate advertised, but is Hydro One’s “total” invoice that includes electric use and a global adjustment fee (explained in article) with the latter equal to 75% or more of the invoiced billing. I have added the two costs, for ease of comparison, to equal CN 66.2 ¢ per kwhr in 2018. Hydro One’s electricity cost has increased from 5.1¢ per kwhr in 2010, an increase of 1,298 percent in eight years. See “Getting Zapped” [1]

SECOND: Avista does not understand why Hydro One is acquiring Avista. This is a stark statement but in questioning two Avista government affairs officers in a January 2018 meeting they feel dollars per share received in the sale and Hydro One’s higher bond rating to allow more economical financing ability are the only reasons. They are unaware of the Green Energy hoax that has stricken Hydro One’s Ontario customers.

No Avista executive has visited Timmons or Echo Bay or rural communities in Ontario to witness first hand. Impacts of electric rate increases to 83.9 ¢ are only the “tip of the iceberg” of impacts so to speak.

THIRD: Ontario is using three practices to end the use of carbon-based fuels:

The irony is that ending use of carbon fuels has no relationship to climate, a fact that Hydro One and Avista fail to understand and the key reason driving the campaign to end carbon dioxide. Ontario’s Climate Action Plan projects the cost of cap and trade per Ontario household at more than $3200 per month. This is in addition to the electric rate increases. After cap and trade are thrust upon customers there will be no customers. No one will be able to afford electricity even before carbon taxation begins to have impact.

It seems clear that Hydro One is purchasing Avista for CN $6.8 billion to escape paying US $8 billion to the California Climate Exchange, a fee due if Hydro cannot find clean energy credits to offset their carbon emissions. Before purchase by Hydro One Avista owned 1,024 megawatts of power in their hydroelectric dams. After the sale, the dams will be traded as clean energy credits on the climate exchanges in either Ontario or California.

FOURTH: Canadian utilities are on the “hunt” to find U.S. utilities, driven by Canada’s green energy madness and Ontario’s cap and trade mandate of the Green Energy Act, in attempt to battle climate. As unreasonable as this statement reads the evidence is clear that Canadian utilities are sprinting to capture U.S. utility assets. Essentially, Ontario’s, and now Canada’s senseless green energy deception threatens electricity users across North America. Canadians purchased $74 million of US clean assets in 2016 and another $$28.7 billion by February 2017, before Avista’s July 2017 acquisition announcement according to Forbes.com. Forbes.com lists 11 more targeted utilities in the US. 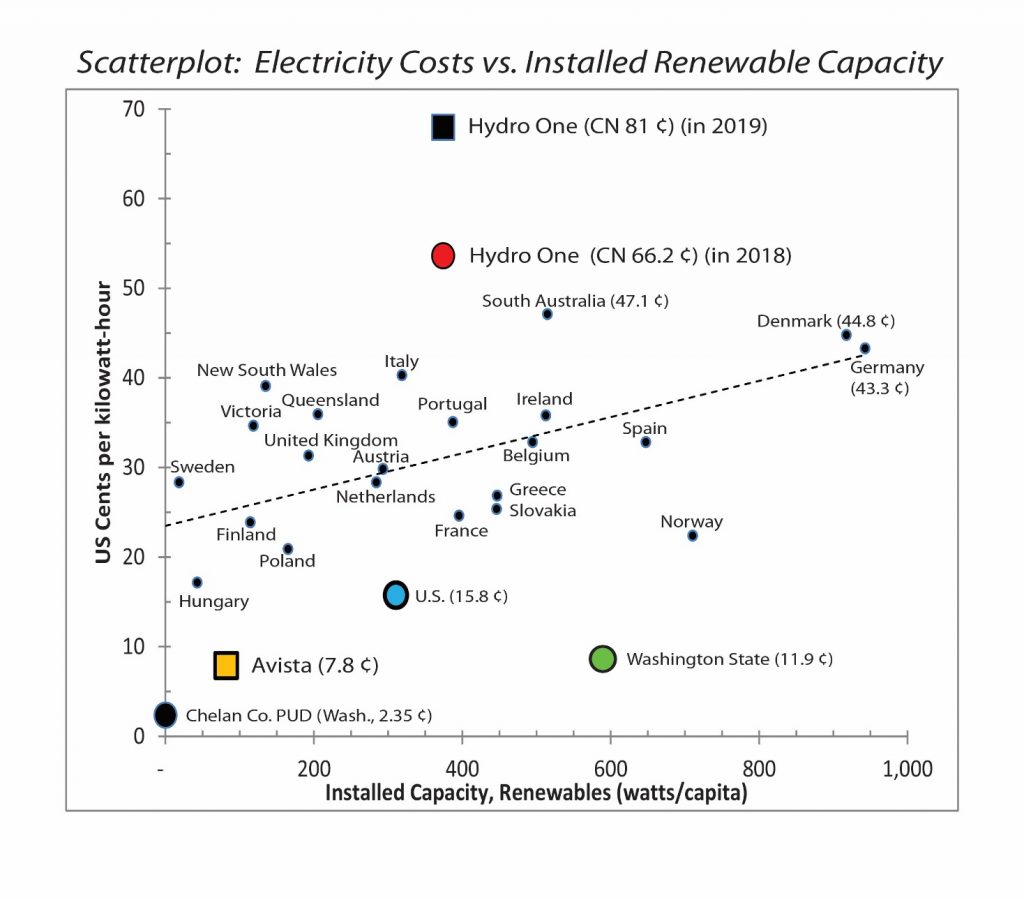 The above chart compares electricity cost against installed renewable capacity in cents (US) per kilowatt-hour. 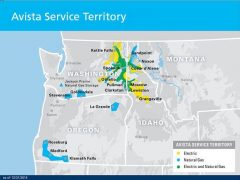 Current Avista customers must consider the impact of electric rates if Avista joins Hydro One. (See above chart to compare electric rates to see how high rates could rise.) Customers must consider if there is a risk that Avista rates will increase from today’s 7.8¢ per kwhr to match the Hydro One rate in Ontario of CN66.2¢ per kwhr (same as US 53.6¢ per kwhr) in 2018. Hydro One has already promised a rate increase to CN81¢ per kwhr in 2019. It is also clear from the Figure that a larger percent of installed renewable energy translates to higher cost of electricity.

As a result, the climate change hoax has spawned another victim as Hydro One acquires Avista Corp. This is only a small sample of the impacts which I explain more fully in the above link, Hydro One is wrong.

The question: Should Avista customers be informed of what is happening in Ontario to judge on this issue? At this time we can only speculate about translation of Ontario practices to the U.S. With time one should expect Hydro will introduce these policies into Avista territory. As acceptance of Ontario’s green energy laws becomes more widespread and as similar laws are being considered in Washington, for example, practices may become more widely acceptable. But impacts of cost and deception of the role of carbon dioxide will also accrue. 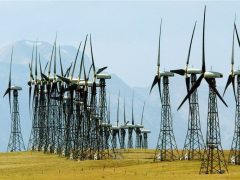 I will present a third lecture on the Avista issue in February and have lectured several times about Climate Change: Why it is Not Happening; Why Humans have No Impact. There is no danger from carbon dioxide since climate change caused by humans is not happening. The scientific proofs are firm on this point. Viewing from the other side of the debate, promoters of climate change have to date provided no evidence that it is human-caused or that carbon dioxide could have a relationship to climate. The subject of carbon dioxide in today’s hydrosphere was a related topic for my graduate thesis several years ago, so it’s a subject with which I am very familiar. On first learning of the Avista acquisition by Hydro One and examining Ontario’s climate law, it was immediately clear that joining Hydro One was not in my interest as it may represent a risk of enormous increase in cost of electricity. It’s clear that Ontario and Hydro One misunderstand the importance of carbon dioxide in the world today.

Maurice Strong is considered the Father of False Global Warming, a high school dropout, he gained his first job with the United Nations in the 1940s. He was the Energy Programme Founder and architect of the Kyoto Protocol. During his career he was involved in many unsavory deals and scams. Although now deceased, he was a declared socialist, Richard Salbato [2] in 2009 nicknamed Strong “Father of America’s Destruction”, he was called an all-around corrupt-o-crat by Quadrant.org [3]. Strong assisted North Korea with its nuclear ambitions and received kickbacks from Sadam Hussein’s in the Oil-for-Food fraud scandal. He cashed in on the Chicago Climate Exchange (CCE). Both Strong and Al Gore were on the exchange Board when the exchange obtained $1 million in startup capital from the Joyce Foundation when Sen. Barack Obama was a member of the Joyce Board. Salbato indicates George Soros, Saul Alinsky, Chicago Mayor Richard Daley, and Mikael Gorbechov are loosely tied to the CCE and the deliberate plan to destroy America but Barack Obama is the front man, declaring “Change we can believe in”.

For 1992-1994 Strong was Chief Executive Office of Ontario Hydro predecessor of Hydro One and initiated its re-organization to become Hydro Ono [4]. One can imagine that Strong instilled a strong dose of his legacy of false climate science as Ontario Hydro became Hydro One. Elaine Dewar in her book “Cloak of Green” [5] devotes several chapters to describe Strong’s ideas of promoting Global Governance by the U.N. Strong is most remembered for his statement while Chair of the Kyoto Protocol “We may get to the point where the only way of saving the world will be for industrial civilization to collapse…isn’t it our job to bring that about..” Strong was the initiator of the U.N.’s Environment Programme out of which grew the U.N.’s Intergovernmental Panel on Climate Change (IPCC) with intent to place a scientific spin on climate. The IPCC was not an objective scientific organization to decide whether climate change was true or false as its policy on the existence of climate change was pre-ordained into the IPCC’s charter. The IPCC founders had no intention of judging pro or con. Instead the IPCC would gather information on how to understand it and to promote it.

Strong’s lasting climate legacy was instilled into law by Ontario when its Parliament passed the Province’s Green Energy Act of 2009 which mandated the end of the province’s coal power plants, once the most efficient coal fleet on the continent so that all Ontario energy would become carbon-free. A massive building of wind turbine farms quickly got underway with wind farms now numbering 237 farms [6]. Several thousand individual wind turbines now stretch across nearly every foot of all shores of the three Great Lakes that border Ontario, including sites off-shore. The build-out of wind turbines and the sweetheart deals handed to the wind providers alone is responsible for the exorbitant electricity prices that Ontarians now pay. This is even before mentioning the myriad health problems, bird deaths, loss of water and property values from wind turbines, and entrenched strong-arming and thuggery handed out by wind companies. But the Green Energy Act has just begun and has three more bases to round. Ontario’s Climate Action Plan (CAP) set out in 2015 according the Act mandates the use of taxation of carbon dioxide and cap and trade to secure clean energy sources by any means possible, including purchase of hydroelectric assets in the U.S. to secure “clean” supplies for Ontario including Avista Corp.’ 12 hydroelectric dams. The Climate Action Plan is the driving force for Canadian purchases of assets in the U.S. as Canadians had already racked up $29.4 billion worth of “clean” acquisitions by February 2017. Hydro One’s policy as parent of Avista will be less as a mentor but more an angry witch with intent to serve the Ontario Government to whom it owes duty. Because Hydro One remains a Crown Corporation with partial ownership retained by the Province of Ontario, the Province Parliament and the Ontario Energy Board will exert both regulatory and rate-setting policy for Avista Corp. [7]

[3] The all-round corruptocrat who launched and shaped the UN effort to rid the world of CO2 has died, appropriately enough as his heirs gather in Paris to rob the world blind. https://quadrant.org.au/opinion/doomed-planet/2015/12/discovering-maurice-strong

[7] Daiene Vernile, Member of Provincial Parliament for the riding of Kitchener Centre, discusses the Ontario Government’s recent Hydro One announcement and its impact in the Kitchener-Waterloo Region https://www.youtube.com/watch?v=TALKLwaonfI