— Published with Permission of EvanSayet.com —

There’s a reason that the Left doesn’t talk about “justice” but rather “social justice.” It’s because the modifier they insert changes the very meaning of the word. It is a “modified” version of justice — what David Horowitz calls here their justice — that they seek and that “justice” is the very antithesis of what decent people think.

Social Justice requires the rewarding of all that is evil, failed and recognized by decent society as wrong and the concurrent punishment of all that is good, right and successful.

Please read and share David Horowitz’s following article from 2014 ‘The Left’s War against Justice and Peace:’

The Left’s War against Justice and Peace: What Conservatives Still Must Understand About Progressives 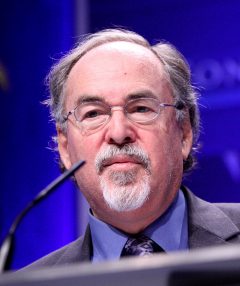 Conservatives need to stop dropping their jaws when progressives say “My mind is made up don’t confuse me with the facts” – and mean it. Conservatives need to recognize that the only facts that matter to progressives are the ones that justify their attacks. The mobs who have occupied our streets are not protesting injustice. They are a lynch mob demanding their due. They want officers of the law handcuffed and hung, and criminals (aka “political prisoners”) set free. They want honest juries disbanded, and racist judgments the rule.

Understand that our president and his chief civil rights officer, who are encouraging the “protests,” are racists, as is the Democratic Party which exerts monopoly control over every major inner city in America. Why else would Obama and Holder look to Al Sharpton, who is certainly the nation’s most prominent racist, as their chief adviser on race relations? 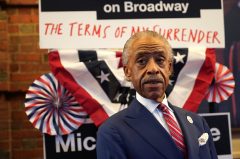 Al Sharpton is author of the fundamental transformation of the civil rights movement into a racial lynch mob, which took place decades ago. It probably began with the teenager Tawana Brawley, who accused white cops of raping her because she was afraid of being beaten by her mother when she failed to come home. Sharpton led the charge, whose self-appointed posses ruined these officers’ careers and lives. The progressive phrase of the day was: “Even if Tawana Brawley was lying, she was telling the truth.” (Because white men regularly raped black women – a bigger lie than Brawley’s own tall tale.)

Sharpton has made his career as a slanderer of whites in too many cases to list. Think only of the innocent Duke LaCrosse players whose careers and reputations he and his minions destroyed for a year while defending their criminal accuser who was black. Think of Paula Deen, who voted for Obama voter and gave millions of her self-made fortune to poor black children, but was falsely and successfully framed as a racist by Sharpton and Co., until her multi-million dollar empire lay in ruins. Nor are apologies ever necessary for black lynchers like Sharpton. There are probably more cases like this of whites who have been destroyed by black racists than there are of blacks being shot for being black by law enforcement offers. And there are surely a lot more cases of blacks being shot for being black by other blacks.

The trigger of the current progressive assault, which has inspired mobs in over 100 American cities, is the Eric Garner case in New York. Many conservatives eager to be reasonable have suggested that the racial arsonists may have a point. Actually they don’t. Most conservatives realize that the “Hands Up Don’t Shoot” slogan, which pretends that the Ferguson criminal, Michael Brown, was innocent and the white police officer Darren Wilson guilty is false. But the Eric Garner slogan “I Can’t Breathe” which suggests Garner was choked to death because he was black is equally a lie. Garner wasn’t choked to death, and he didn’t die because of the color of his skin.

The police sergeant on the scene directing the arrest was an African-American woman. Garner was not choked or strangled to death. He died in the ambulance from a heart attack, a consequence of his morbid obesity, asthma, heart disease, diabetes and resisting arrest.

The demonstrations are Orwellian, fueled by made up facts, and deliberate disregard of the facts. But they have already inspired a racist Attorney General to send the Feds in to punish law enforcement and handcuff the police. Never let a travesty go to waste. The federal reforms proposed by Holder, if implemented, will cause a lot more African-Americans to die in the high-crime areas of the city as similar measures have in the past. And this will continue until conservatives begin calling things by their right names; that would mean fighting fire with fire.