Boise, Idaho — Fulfilling its mission to hold lawmakers accountable for their votes, on Wednesday the Idaho Freedom Foundation released its final Freedom Index.

The Freedom Index serves as Idaho’s only scorecard to keep legislators accountable when they support big government, higher taxes, and more counterproductive rules and regulations.

IFF policy analysts read and scored 97 bills during the 2016 session and rated them against 12 diverse criteria. Each bill’s analysis considered if legislation expanded government, increased taxes or fees, or hid records and documents from the public, among other factors.

Dexter Russell stated, “We are proud of the Freedom Index because it provides Idahoans the tools they need to compare their legislators’ rhetoric against the reality of their voting records.”

“We encourage every taxpaying Idahoan to contact lawmakers to discuss their 2016 Freedom Index scores.” 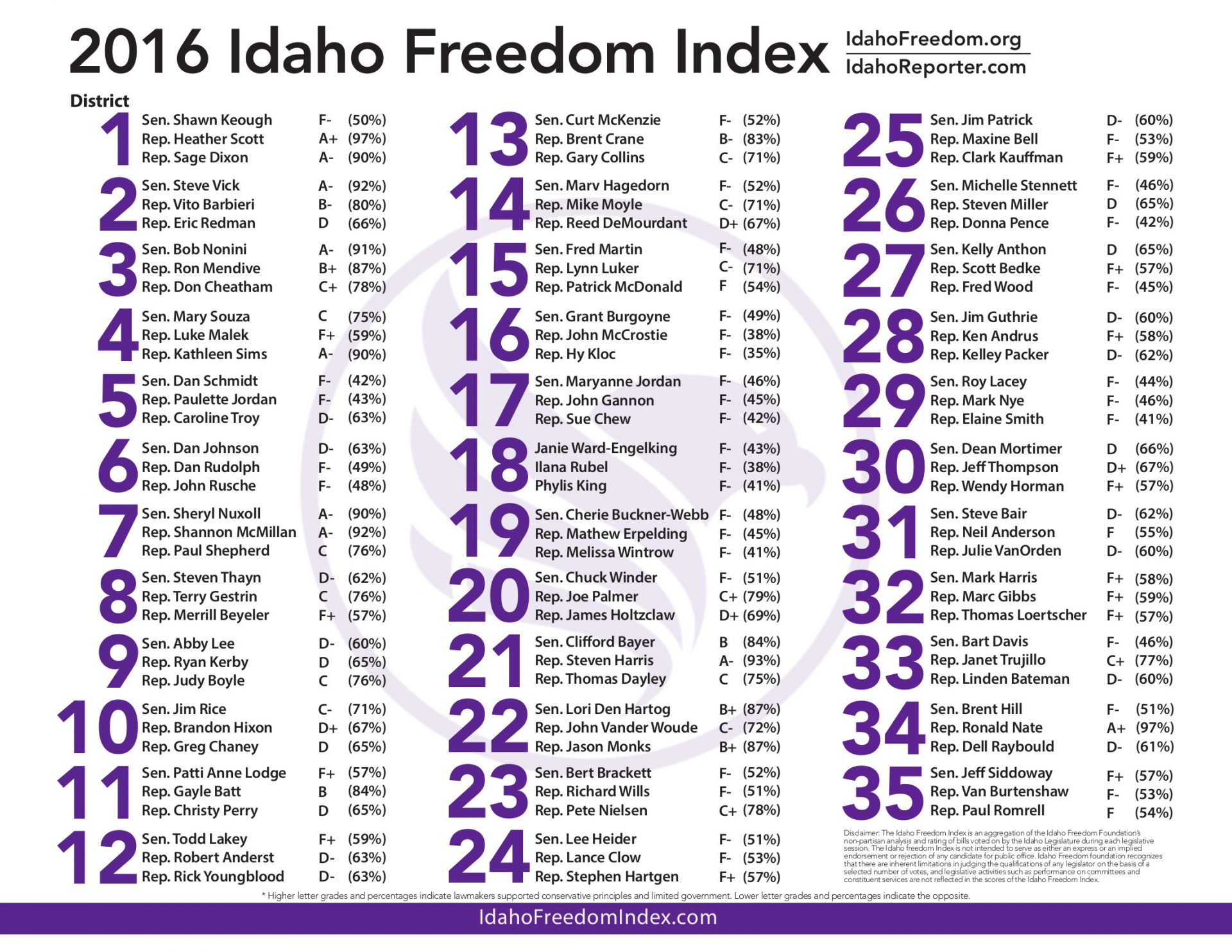