“Our country is under assault, it is under assault from within,” stated author and Fox News Contributor Deneen Borelli at Spokane County WA’s Republican ‘Lincoln Day’ Dinner on June 2.

She asked, “Is anyone here familiar with the housewives of New Jersey where one of the characters flipped the table in a restaurant? That’s what President Trump is doing. He’s flipping tables. And Democrats are desperate. They need to change their name from Democrats to ‘Desperates.'”

“Incidentally Hillary Clinton didn’t get the memo that the 2016 election would be about jobs and the economy. She didn’t get that memo,” Borelli said.

She continued, “With tax reform and regulatory reform we are seeing a boost in our economy. The energy plan for our country under President Trump is for America to be the superpower of fossil fuel resources. We are seeing job growth opportunities for Americans. And President Trump’s pro-growth economic policy will break the monopoly the Democrats had on black voters.

“The sheer fear of losing black voters is putting Democrats into panic mode. This is why black politicians are attacking President Trump from all ends calling him a white supremacist, calling him a racist.

She said, “I call her ‘Mad Maxine.’ Black politicians, entertainers… they loved Donald Trump the citizen, when he was a businessman, they loved him, but suddenly, poof! He’s a Republican president and now he’s a racist. Utter nonsense, and I’ve seen this movie before. Black activists and politicians, they use bumper stickers and soundbites like ‘racists’ and ‘white supremacist.’

“Keep in mind you white folks here in the audience and white folks across the country. These terms that are being hurled out against you…they say these harsh terms and they are intended to dance around a black echo chamber of black news outlets, barbershops and liberal black churches.

Borelli stated that the left is great at playing the race card and the black victimization card. Its goal is to play on the emotions, to make sure that Blacks don’t think, but just react. It’s all emotional and intended for black voters to not connect the dots of the failing Democrats’ policies such as why high taxes mean less disposable income for you and your family.

She was pleased to point out that after the election Jim Brown, the former NFL great running back, said he’s going to give President Trump a chance. And entertainer Steve Harvey dared to meet with President-elect Donald Trump at Trump Towers. She said he was highly criticized. She quoted Steve Harvey, “It really threw me, I was being called names that I’ve never been called before, ‘Uncle Tom,’ a ‘coon,’ a ‘sellout,’ because I went to see this man?” Borelli said, “Yes, Steve Harvey, welcome to my world.

“The economic growth generated under President Trumps policies: the tax reform and the regulatory reform are having a positive impact on the lives of black Americans. May’s unemployment numbers for black Americans are at a record lows of 5.3%,” she reported.

“But then there is Nancy ‘Crumbs’ Pelosi who says these numbers are meaningless, they don’t mean anything, don’t pay attention. Without pro-growth economic environments, families across the country are personally benefiting from wage hikes, bonuses and more benefits.”

“National unemployment is 3.8%. Just this last April the Democrats’ Robert Johnson, co-founder of Black Entertainment TV, and the nation’s first black billionaire, with a B, said on CNBC referring to the January jobs report and I quote, ‘When you look at that January report you have to say something is going right.’ And he continued, ‘The economy is on a strong growth path.’ 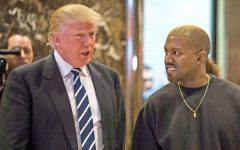 “Entertainer Kanye West’s support for President Trump and his support for independent thinking became a shot that was heard around the world and is giving black Americans cover for thinking differently. Mad Maxine didn’t like that no, no, no. Mad Maxine said and I quote, ‘He talked out of turn, and from that, sometimes, he needs some assistance in helping him to formulate some of his thoughts. May he not have so much to say. Translation: shut up Kanye.’

“I have no idea if Kanye will continue his support of President Trump, but I must say it is a great step in the right direction. This is disrupting the black echo chamber. Black men turning toward Donald Trump’s support doubled when Kanye put out those tweets, from 11% to 22% in one week. The black community is now split. Trump the disruptor strikes again.

“It’s a great day in America to see black voters waking up. I don’t know about you folks here tonight but I am darned tired of the race card. It’s old, and I’m tired of the same old message that Blacks are victims.

“In 2012 I wrote my book ‘Blacklash‘ to expose the failures of the black liberal establishment, those who want their constituents for their own self-serving needs. Like many black individuals today, when I was growing up, I was only exposed to the message from the black and liberal establishment. Community activists, black media outlets, some black ministers and black politicians. The black liberal establishment advertises that black Americans need special treatment to get ahead and that Blacks are victims. And the misfortunes within the black community, ‘no, it’s not your fault, it’s the white man’s fault.’ These are the lies that I have heard and the lies that are still being told today, and it’s sad. I know, personally speaking, that I did not need special treatment. None of the victimization mentality matched my life experience.

“I had God-given talents and it was up to me, Deneen, to make my own way and to be responsible for my decisions.

“When I was a little girl my parents separated and that made me a very angry and mean little girl. I took my frustrations out on any and every one that I could. My parents, my teachers, my classmates and my grades suffered. I can’t remember how many times I was in detention, but I was there. My life could have gone in a number of different directions because of that anger.

“I wouldn’t be standing here today in front of you but thankfully, thank God just before I entered high school, I got my act together and turned my life around before it was too late. I was a track star in high school, I loved to run. I broke the record for the 100 yard dash, they called it the dash back then. 12.4 seconds broke the school record.

“I left home with no money but I went to work in New York City to be a fashion model. You couldn’t tell me I wasn’t going to be a fashion model. But that dream didn’t turn out the way I planned. I like to say I took the scenic route to get to where I am today. I thank God every day for that scenic route. I had numerous jobs, met a lot of people and gained a lot of experience. But I tell you, I had typing skills over 100 words a minute and shorthand over 80 words a minute and that’s what got me in the door to corporate America.

“I wasn’t able to go to college, but my parents worked very hard all their lives and they instilled the work ethic in me. They couldn’t afford to send me to college so I was able to utilize the company’s tuition free imbursement program and I went to college at night for 11 years while working full time. I was the first college graduate in my family.

“Since awakening from my political slumber I have become a public policy activist for liberty. 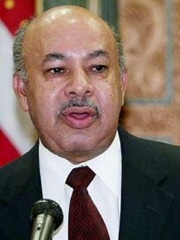 Deneen Borelli felt it an honor to see the esteemed Mr. Ward Connerly present and asked all to recognize him with an applause. The website, BlackPast.org says, “Connerly continues his crusade against affirmative action in higher education and employment. He argues that racial discrimination against people of color has been effectively eradicated and that now individuals can obtain success in colleges and in the workforce without preferential treatment. Connerly’s opinion is that affirmative action is a new form of racism.”

Borelli told Mr. Connerly, “It’s all about flipping tables, I appreciate all you’ve done sir, and it’s because of you, your part of the reason why I’m up here as well, and I thank you.

“My friends I play my role to promote limited government and the importance of personal responsibility. I want to keep the doors of opportunity open for everyone, no matter who you are, it can be done. I use my story to promote liberty throughout the country and in the black community to dispel the lies from the black liberal establishment. When you work hard and try hard people will take notice and will want to help you. But you must help yourself first.

“From my experiences its hard work and perseverance, those are the keys to success. Through my efforts I’ve come into contact with individuals throughout my life that have been very, very helpful to me. When you work hard and you try hard people will notice and want to help you, but you must help yourself first.

“As you might imagine being a black conservative is a lot of work. The name-calling is the least of it. I’ve been called an Aunt Jemima, trader, token, Uncle Tom and names I can’t say in public. Then there is the press, ‘Someone should jump out and deal with you,’ and ‘Your parents should be slapped.’ The words of the social media are not the problem, the real pressure for black conservatives comes from family, friends and co-workers who are openly critical because you think differently. I have some family members who aren’t too thrilled about what I’m doing and what I say. And that’s okay, we don’t talk politics during the holidays. They know where I stand and I know where they stand. 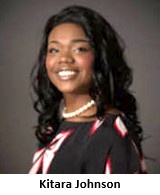 “Being a black female conservative is hard and let me just say that the young lady here, Kitara Johnson needs your support. I had a wonderful conversation with her. I want to tell you, it’s like Whack-a-Ball out here, they want to hit you, they’re going to target you, they’re going to come after you because you have a difference of opinion, and you think differently. Please support her efforts.

“Not only are you a target by the left, but you also don’t get the opportunities that black liberals get. I don’t get the opportunities. My husband and I were joking when our connecting flight from Connecticut to Salt Lake City got canceled because of the weather. We were joking, but what would my world be like if I were a liberal? If I had my own TV show like ‘lying’ Joy Reid, I had been on a Board of Directors like Susan ‘Benghazi’ Rice, I’d be a keynote speaker at a huge event like BET. The money would be flowing in and life would probably be a little easier. Then we realized, far away from Connecticut, the last paid speaking event I did was almost 3 years ago. Maybe Congressman Chaffetz will have me as his warm-up speaker at his next speech.

“But you see I’m not in this for the money, I am a black conservative activist who loves our country and liberty. Before I go I want to leave you with this thought. Our country does not guarantee you success, but liberty guarantees you the opportunity to succeed.