President George W. Bush wasn’t perfect but your dog could be a better president than Obama.

Because your dog wouldn’t do all he can to harm our Republic. There would be at least a 50/50 chance that Fido would do right by America if he had to pat his paw in a correct number of times for answers.

With Obama, it appears everything he does takes our system and our freedoms away. Democrats should be ashamed! 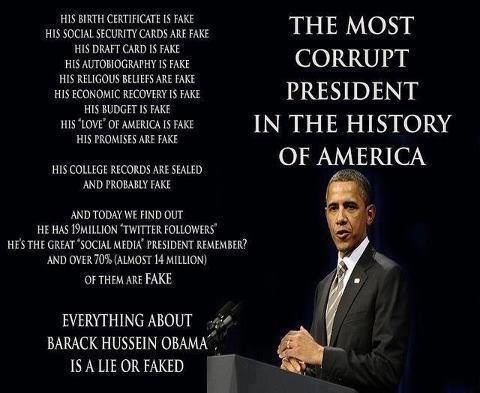 REMEMBERING ‘HIS OWN WORDS?’ 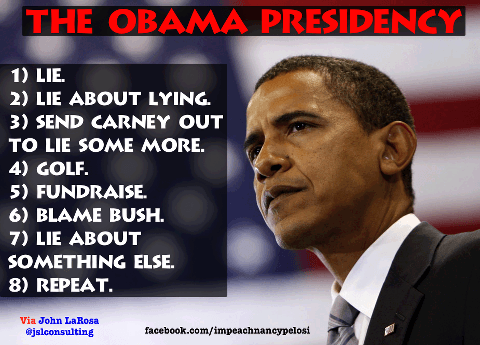 If all this is not enough, go to 1,063 Documented Examples of Barack Obama’s Lying, Lawbreaking, Corruption, Cronyism, Hypocrisy, Waste, Etc.

IMPREACHMENT IS IN ORDER!
AMERICA MAY NOT SURVIVE 16 MORE MONTHS OF ‘HIS’ TRANSFORMING

Why is this obvious fraud with no accredited documentation of past friends, professors, students or his student records still in the White House when there are so many grounds to impeach him? See: File Articles of Impeachment against Obama.  The devil couldn’t have crafted a better selection to undo so much that is good and meaningful to America. 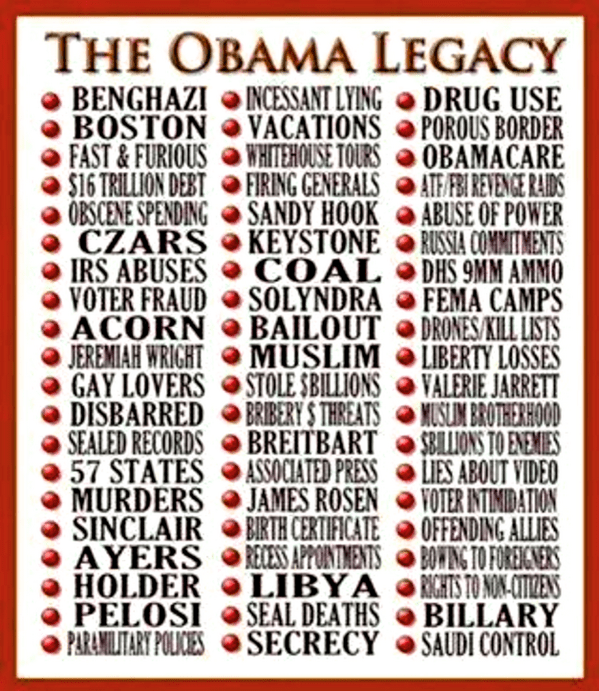 If the likes of the devil is in the White House, obviously residing as a puppet with strings being pulled by unknown, diabolical handlers, but nonetheless, rapidly taking us away (with his phony poker face fully engaged), are you good with that because you have no backbone to stand up for America against an orchestrated effort or are you irrelevant? Where is our patriotic fervor?

This hyper scoundrel needs to be impeached! To see that done we need to jerk the chains of the rabid dogs in Congress who are following LOBBYI$T$ and congressional LEADER$ FOLLOWING LOBBYI$T$ and THE COUNCIL ON FOREIGN RELATION$ whose intent is to morph us into a member state of a world government run by unaccountable, unelected elite power globalists leaders who know best for everybody about everything, Socialism 101.

Are Democrats devoid of conscience, patriotism and ability to recognize the false math of socialism? Are they all about only their personal wealth or are some of them just stump stupid? Socialism fails and capitalism succeeds, period. I suspect RINO Republicans are simply about the money as was witnessed in their treasonous vote for the bogus Free Trade Authority bill they voted for when giving up their Constitutional authority to negotiate trade to such a documented fake and fiendish character as Obama with his clear agenda of taking us into utter global socialism.

“How much money would it take to convince those “impress majorities” to violate their oaths of office and sacrifice American sovereignty on the altar of “free trade?” The Guardian has identified the source of the money and the senators who participated in the bipartisan betrayal: “Using data from the Federal Election Commission, this chart shows all donations that corporate members of the U.S. Business Coalition for TPP made to U.S. Senate campaigns between January and March 2015, when fast-tracking the TPP was being debated in the Senate:

Democrats who really care about their families’ futures and American values should be roundly ashamed and up for regaining respectability. Where are American patriots in Congress? Authentic Republicans are likely disgusted with disappointing RINO Republicans for the same reasons. Boasting majorities in both houses and accomplishing nothing worthwhile and lasting, Republicans may as well come home, admit they are worthless and let us send some real American patriots to DC who don’t lockstep follow their leaders who are following the dictates of The Council on Foreign Relations and their comrades at the UN.

Where are our patriots with the fire in the belly to join Ted Cruz, Rand Paul and a mere couple of handfuls of patriotic orators who have the resolve to put in on the line on the floors of Congress excoriating the, yes, treasonous actions of most in Congress who regularly violate their Oaths to our Constitution and probably really don’t understand the Constitution but instead ‘puppy dog’ follow poker faced OTHER$ with very deceitful, dangerous and, yes, fateful agendas for America.

Oh, and Obama is extremely dangerous with his teleprompter, phone and pen. Without his accoutrements he is dangerous and still a very talented actor capable of schmoozing otherwise smart people about stupid stuff. He truly deserves an academy award for his acting ability and a lifelong prison sentence for all his damage he’s put upon our great nation. His treasonous ‘deal’ with Iran imposes a most dangerous lunatic nuclear future upon the world as his sorry legacy.

As former U.S. Congressman Allen West said in his The Case for Impeachment for Barack Hussein Obama on June 3, 2014, “So I call upon the leadership of the U.S. House of Representatives; Speaker John Boehner, Majority Leader Eric Cantor, Minority Leader Nancy Pelosi to draft articles of impeachment as no one is above the law in America. The failure to do so speaks volumes.” 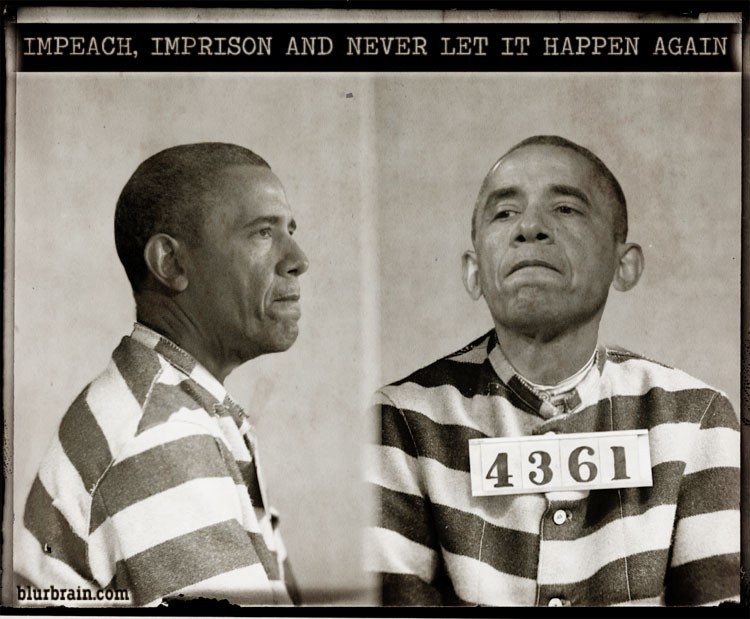