In recent years, it appears that an average day in Washington DC begins and ends with one common tenet: ‘Nothing spends like other peoples’ money.’ By design of the federal government, the largess of federal money we receive here in Idaho is intended to be thought of as benevolent assistance from the federal government, but perhaps we should think of it as laundered money taken from over-taxed citizens all over America which we’ve allowed ourselves to become as reliant on as the relationship between a drug dealer and his addict.

We have allowed the federal government’s overreach through the last several decades which has become a designed system of overtaxing us enough that they could inadvertently and soberly reward us with stipends in a carrot and stick manner, in the form of funds we have become dependent on to remain solvent. Of course, this is a simple function of control over states.

That is not how our founders intended our system to run. The states created the federal government and the people created the states. But most power has evolved to Washington DC and it needs returning to the states (along with all our state lands owned by the Federal Government). Repealing the 17th Amendment so state legislatures select U.S. senators instead of selecting them by popular vote is of the utmost importance. Then once again, as originally intended, state legislatures would control Senators and get states back in control of their sovereignty. Senators would no longer be influenced by LOBBYI$T$ in Washington, DC. See: RX for Lobbyist Disease

States Joe Wolverton, II, JD of the New American magazine, “Our Founding Fathers were aware of the potential for presidents to accumulate powers not granted them in the Constitution, and they relied on the states to serve as barricades to protect the people from federal officials who would betray them and their oaths of office.

“The principal and most effective weapon of state resistance to federal overreaching is nullification. This antidote can stop the poison of all unconstitutional federal acts and executive orders at the state borders and prevent them from being imposed on the people.

“States are, it is true, bound by the terms of their agreement (the Constitution) that created the federal government, but they have no obligation to sustain acts of the central government that go beyond the boundaries of that agreement.

“This principle is easy to understand by answering the following question: Would anyone enter into an agreement with others to create an entity that would have unlimited authority over them?” – Unquote Joe Wolverton, II, JD

THERE IS NO MAGIC, ONLY ACCOUNTABILITY

It is sickening to see the preponderance of thinking among elected officials of our federal and state governments who wish to make things happen for which they can be given credit for a resulting ‘fix,’ that actually, out from behind the smoke and mirrors, could be thought of as sheer ‘magic’ by using unconstitutional money. To understand this point well see: ‘The Mindset of Politicians Today’

Almost everything that happens in legislative sessions have costs attached to them. Bluntly ignoring our laws and our Constitution is the blatant use of tools such as subsidies, tax credits, grants, waivers, tax extensions, loopholes, loans, allocations, moving funds around among interagencies with special purpose names, etc. If something needs buying, supported, arranged, paid off or done in any way there are methods available, which all cost money, but are more apt to be presented as an accomplishment as clearly as a feat of ‘magic.’ Never mind that the matter had to do with money that’s not so accountable, where it comes from, that it may present an unfair advantage to one entity over others in the marketplace, or supports socialistic values by supporting illegal aliens for instance. After all what is the government here for in today’s mindset, right? A whole lot can be accomplished using other people’s money and borrowing into infinity when that is gone… until judgment (or accountability) day. Socialism never succeeds. Capitalism does.

Legislators who intervene into free enterprise for all sorts of purported well-intentioned purposes are constitutionally, to be recognized as traitors to their oaths and thusly these United States. They need to be removed from office with haste at the ballot boxes to be replaced with genuine patriots who do the bidding of the Constitution because they take their oaths seriously. Current legislators’ combined voting records for both houses of Congress in Washington are a paltry 34% voting with the Constitution. That is abysmally why America is in the bad shape it is today.

Probably the worst example of how far we have gotten away from what our founders created for us in our wonderful Constitution is the thinking that legislators are elected to accomplish bringing home other peoples’ money (the bacon) for local benefit. A legislative grab bag fest from the coffers of the rest, an almost unlimited candy store, if you will.

Our sage founders did not envision that our government would create and run or regulate large programs to provide safety nets for the poor, or programs for banking, education, labor, medicine, housing, subsidies, certainly not benefits for illegal aliens, granting a national ID and a seemingly endless amount of other endeavors that should belong untouched in the states and private sector. None of these things were contemplated by our Founders as legitimate aspects of federal authority. Nowhere in the Constitution can one find any legal authorization for the U.S. Government to involve itself in such matters.

Through the decades we have forgotten the wisdom of our Founders and rushed headlong toward a socialist nation with now a plethora of flat out freebies even to undeserving illegal aliens. Talk about a big carrot.

The foolishness of all this recent liberal socialism has been the many overwhelming programs’ regulations with their subsequent costs of expanded government, it’s inefficiencies and wastes on the back of expanded taxes making our country’s businesses the highest taxed on earth and are what have been killing our golden goose commerce and its applicable jobs.

PRESIDENT TRUMP IS THE REAL THING AND NEEDS OUR PRAYERS 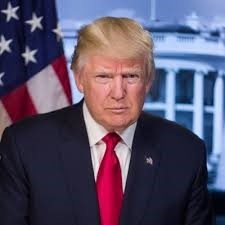 I mostly worry about President Trump staying alive. There are a whole lot of long knives out there who are hell bent to do about anything to rid him from their incessant power mongering world.

President Trump is the perfect man for our time and is on the money with American traditions, values, understanding capitalism, accountability, national security, sovereignty, trade and the importance of good management. It is becoming more evident daily on how highly skilled he truly is as an effective executive that understands prioritizing and recognizing reality while accomplishing myriad tasks almost simultaneously. He has a good gut feel for most things, however, I am concerned about his judgment being too rushed without the benefit of enough time for constitutional consulting and deep ponderance.

Sanctuary cities violating immigration laws need being dealt with. President Trump should go forward full speed ahead ridding our Republic of these unconstitutional fabrications of the left that were created with socialistic intentions. It isn’t as much about protecting these poor downtrodden illegals who get a lot for nothing from us they don’t deserve as non-citizens, but about instilling socialist mores into our way of life. That Miami-Dade mayor who quickly caught on last week and ended his immigration program and sanctuary status immediately, so as not to lose his carrot ($55,000 annually), is not a dumb guy.

However, President Trump needs good constitutional advice on cleaning up Chicago and other violent cities with high murder rates. Those cities need being dealt with locally or with the help of state governments and perhaps their national guard. As much as we all care, these are local matters that need addressing locally. The federal government has no jurisdiction and no business whatsoever, intervening in local matters. However, for now, since that tool of federal money (the carrot) does still exist for control, then use that big stick with them by withholding money. That will certainly get their attention as well or better than did the mayor of Miami-Dade. But don’t send in troops! That would be unwise since it would be at federal expense, accomplish cleaning up a big mess for Chicago’s sorry mayor, Rahm ‘Dead Fish’ Emanuel (as Rush Limbaugh refers to him) and actually perhaps make him look like he did something since it would be on his watch and not affect his budget.

A wish for our ‘bonafide,’ truly patriotic President of the United States is that he learn the Constitution ASAP, catch on to the fact that using tools like subsidies, tax credits, grants, waivers, tax extensions and loopholes, loans, allocations, etc. are not magic methods of getting things done they are incorrectly using our money to accommodate others and control us. Government would be most accountable if these ‘tools’ weren’t used at all. American capitalism would sprout the freest of competitive enterprises without them.

Federal taxes should be lessened so that more money would be available already in the states and local governments. So there is no need to comply with federal dictates for necessary budget money thus eliminating the fed’s power to force their programs on the states

Even the tariff tool is not ‘magic,’ however it does have its place in negotiating with countries that don’t treat us in kind. A point to be recognized is: Businesses don’t pay taxes, but must include them in their costing as just another line item cost. So new tariff costs are subsequently passed on to consumers in the form of price increases, adding to inflation. With that fact of life understood, invoking tariffs going forward all comes down to priorities.

So what’s a President to do? Answer: As intended, follow up on the plan to cut taxes deeply, including tax exemptions and loopholes and cut back all regulations as severely as possible. Actually, eliminating whole, unnecessary bureaus and agencies with their overstaffed and overpaid employees is even going one better. Sure, there will be some culture shock, gnashing of teeth and hell raising from the sorry big ‘leftist’ media (but they raise hell no matter who’s doing what in traditional values, conservative and constitutional America). And as Steve Forbes recently said, making tax cuts revenue neutral will never work. The answer lies in cutting government bloat.

There is no ‘magic.’ There is only accountability.

“Freedom is difficult to understand because it isn’t a presence but an absence — an absence of governmental constraint.” — “A Time for Truth,” William E. Simon, Secretary of the Treasury for Presidents Nixon and Ford