I am writing to ask for your financial support for the Ammon Bundy Defense Fund. I have come to know Ammon and the other Idaho detainees. I pray you will join me in this effort to help finance legal expenses for the upcoming trial.

It is difficult to hear of the injustice that has befallen Ammon Bundy, his family and the many men still in prison for protecting their and our liberties. This is no small indignation, the lives of these men incarcerated, their families and the death of LaVoy Finicum is all a part of a larger scheme to rid the Western landscape of human action. You do not need to look to history books to find horrors of how men of power treat other men; the molested history of these men and the devastation wrought upon the West is in full view here and now.

The way of life once enjoyed by the iconic American Cowboy is no more. Abuses by federal managers and federal judges are ending a noble way of life. There is little doubt that Judge Navarro in her recent “Gun Men” trial of the Bundy Standoff had agenda rather than justice on her mind. Dorothy reported that Judge Navarro’s face told of her displeasure at the jury’s inability to affirm conviction for every count.

How can justice prevail under the flexible standards of political expedience? Will protestors at Berkeley or Ferguson ever be held without bail, placed in solitary confinement or be strip searched? Look closely and contrast the elements of protest between Berkeley and the Bundy’s. The only violence committed at the Bundy Standoff came from federal officers. The only property destroyed was the Bundy’s and yet these protestors who affirm the guidance of the Constitution’s Bill of Rights remain in prison.

I pray you read Ammon’s plea below. I am asking all I know to help in this matter and to give as many dollars, even five dollars, to bolster their continued defense. These political prisoners lay forsaken by a system that must change. They need our help.

Dorothy and I are donating and hope you will too. I will send all donors a vial of gold as shown below as my gift in solidarity to this noble cause for every donation received by Lisa Bundy over $100. Gold vials will be mailed May 20th.

Please pass this message along to all your Facebook friends, email contacts, and family. Help keep this plea alive. 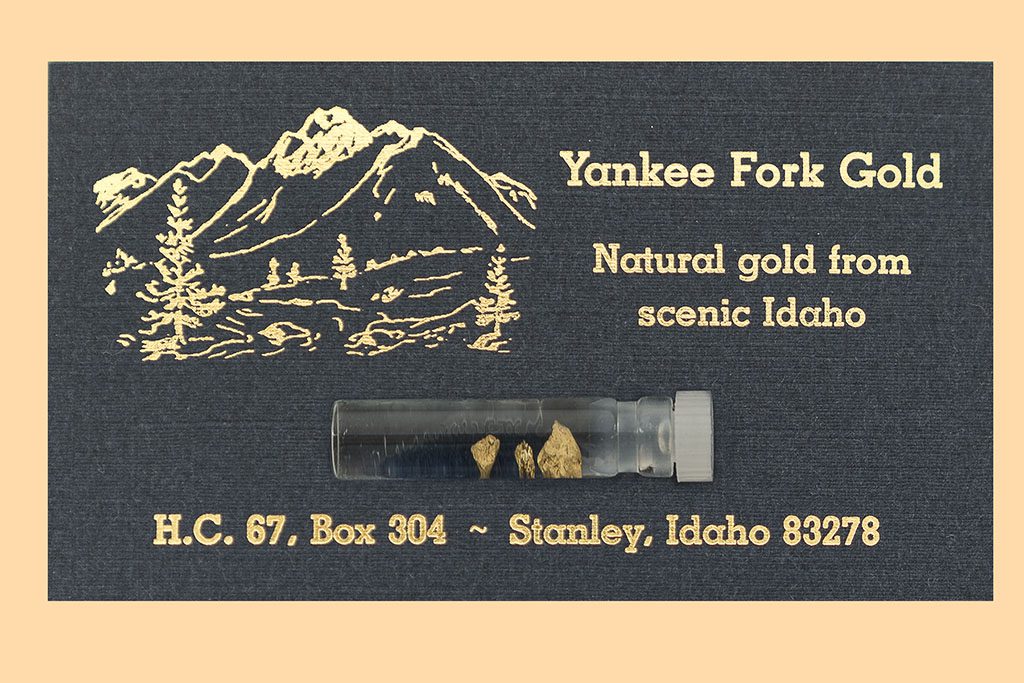 A Message from Ammon Bundy:

I’ve been away from this beautiful family for 15 months because I lawfully protested the BLM’s theft and killing of my father’s cattle in Bunkerville Nevada in 2014. I have stood on the principles of the holy scriptures as well as the Supreme Law of the Land: The US Constitution. If that makes me a domestic terrorist, so be it. I hope many loving and principled Americans will take pride in that foundation of truth regardless of the false names it brings us to.

This protest against Federal overreach has cost me dearly over the years. I’ve been tazed, followed, harassed, ambushed, had to endure my dear friend LaVoy being shot and killed by an aggressive militarized group of police and FBI, I’ve been shuffled around from jail to jail, spent over 100 days in solitary confinement, I’ve been denied access to my legal counsel and discovery needed to prepare for trial, I’ve been denied bail, denied a speedy trial, strip and body cavity searched without any reasonable evidence that I would want to smuggle anything into the jail, I’ve been silenced and abused and yet here I stand. Will you stand with me? Our liberties have been stolen but we have the power, when the people unite, WE HAVE THE POWER.

My tentative trial date in Las Vegas Nevada is set for 6/26/17 along with my father, my brother Ryan Bundy, Ryan Payne and Pete Santilli. Will you come and stand with us and by us as we take this battle to the courts and will you observe the proceedings and report to the public any and all violations of due process that you witness? I would be honored and humbled by your presence and support. The rights they want to take away from me, they are surely taking away from you as well.

The Lord will vindicate us and we pray many come to witness his hand of provision and protection as we stand united on truth. Submit your hearts to our Heavenly Father’s will and then come stand by me. The battle is the Lords, we need only to Stand.

My lovely wife and beautiful 6 children appreciate any support you feel led to offer them: paypal.me/LBundy
To help with my legal expenses visit: www.ammonbundydefense.com
This is the same team that fought tirelessly for my full acquittal in Oregon 10/27/16.
#freethehammonds
#freeammonbundy