There are no clean hands in this dirty business. As foul as the stench of Abramoff’s conduct was, the hands of all who participated in his schemes are equally odious; that includes elected officials and their staff, other lobbyists and tribal leaders — all are equally as culpable as Abramoff.

Jack Abramoff is back as a lobbyist even though he is a convicted felon. Senator Jon Tester was questionably elected in 2006 and continues to serve in the Senate.

Almost fifteen years ago the public was overwrought in righteous anger over shenanigans of the politically corrupt Washington D.C. Lobbyist Jack Abramoff. Mr. Abramoff was accused of fleecing a tribal government of over $80 million dollars. No one questioned why a single tribe would have an extra $80 million to throw at a single lobbyist. Certainly no county governments in our country have that kind of chump change to represent their voices.

In 2005 the public was entirely unaware that a federal stage had been intentionally installed, upon which many people like Abramoff—including Indian tribal leaders and elected officials continue today to personally and excessively profit. In 2018 that entire mechanism remains in place today—a nifty, enormous continuous flow of tribal money from 567 tribes buying elected officials and lobbyists.

At least two presidential administrations helped to engineer and maintain the political climate in Washington D.C. where people like Abramoff and his partners thrived.

Abramoff didn’t operate in a vacuum, nor was all of his activity illegal. In fact, most of his political fundraising and money distribution to elected officials in hopes of gaining political influence for himself and his clients was quite legal.

The timeline below illustrates the intentional federal construction of legislation and regulations that legitimized the perpetual money-moving scheme for guys like Abramoff and Tester:

May 19, 1998: Executive Order 13084, signed by President Clinton established a Tribal Office in over 25 federal agencies to expedite all tribal requests.

Jan. 28, 2000: Federal Election Commission (FEC) Advisory Opinion No. 1999-32 declares that a tribe acting as a federal (utilities) contractor may (unlike any other federal contractors) make political contributions as “a person.”

May 15, 2000:  (FEC) Advisory Opinion No. 2000-05 declared that tribal governments are not governments for purpose of election contributions. This was just in time to amply fund Bush/Gore Presidential election needs. 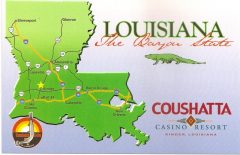 May 2001: The Coushatta Tribe of Louisiana and other tribes hire Abramoff, who collects approximately $82 million by 2004.

February 2002: The poverty-riddled Tigua Tribe in El Paso, Texas, provided $4.2 million in fees to Abramoff to help re-open its casino that Abramoff had helped close.

March 6, 2002: A single tribe, the Coushattas of Louisiana (one of 562 federally recognized tribes) cuts over 60 large checks to Congressional elected officials.

March 14, 2005: FEC Advisory Opinion No. 2005-01 declares that tribal governments, even while acting as federal contractors or associated with federal contractors may continue to make political and election contributions. (To his credit, FEC Commissioner Michael Toner vigorously dissented.)

March 14, 2005: Thanks to the FEC, Indian tribes are governments when in need of federal funds or special preferences, but for the American election process, they are not governments nor federal contractors, so revenue from tribal government general funds and casinos are available for unreported, unaccountable, and unlimited influence in local, state and federal elections.

November 2006: Jon Tester narrowly defeats former Montana Senator Conrad Burns by late-arriving votes from tribal reservations, secured at polling precincts on federal Indian trust land, where the Secretary of State has no oversight, authority or enforcement. This senator’s questionable election changed the power in the Senate from Republican to Democrat.

It is interesting to note that a mere unelected “advisory” commission, the Federal Election Commission (FEC), appointed by the President’s Executive Branch, could publish advisory opinions having the force of the rule of law across the country.

No other government (state, county, and municipality) nor federal contractor (i.e. public utilities) may financially contribute to America’s election processes. The FEC intentionally created a special preference for Indian tribes that lured, if not openly invited, entrepreneurs such as Abramoff to jump into action to facilitate large, continuous, and secret election contributions from Indian tribes. Since tribal governments are not subject to the same federal or state campaign finance reporting requirements, substantial tribal political contributions are even the more desired and empowered.

The FEC is a quicker, smaller, more quiet and efficient resource for constructing an uneven playground for America’s elections than the more cumbersome Congress. And the greatest financial beneficiaries to such inequity are Congress themselves, as well as Governors, and state legislators, etc. There is little to no political incentive to dismantle this money machine among elected officials that continue to receive the benefits.

Mainstream media was awash with ever-surfacing news of how Abramoff clients and funds received were redirected as contributions to elected officials, all made possible through FEC Advisory Opinions and the intentional omission of “Indian tribes” from the McCain-Feingold “reforms.”

However, before the public sympathizes with the Indian tribes who were allegedly defrauded, here are a few basic questions:

How does an Indian tribe that receives annual millions in taxpayer-federal funds, and whose tribal families continue to live below poverty level or in squalor, justify kicking in multi-millions of dollars annually to a single D. C. lobbyist?

If the intent of IGRA was to promote economic development and improve the quality of life for tribal members on reservations, how have lobbyists of Abramoff’s ilk, or elected officials like Tester, or tribal leaders accomplished this?

Shouldn’t tribal government decisions regarding use of their gambling revenue also be subject to just a teensy bit of scrutiny?

Abramoff and his partner, Michael Scanlon, were simply the first lobbyists caught abusing a federal election system that begs for abuse. Isn’t it naive to consider that they are the only lobbyists so engaged?

There are no clean hands in this dirty business. As foul as the stench of Abramoff’s conduct was, the hands of all who participated in his schemes are equally odious; that includes elected officials and their staff, other lobbyists and tribal leaders — all are equally as culpable as Abramoff. There is no excuse for Jack Abramoff. He could not possibly, however, have accomplished what he did without equally malevolent participants and co-conspirators, some of whom still serve in elected office today. 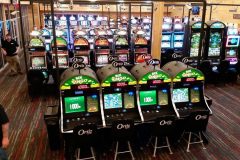 Lastly, someone at the Executive or Congressional level of government should clearly insist that the Federal Election Commission revisit its “Advisory Opinions” regarding tribal government campaign contributions, or in the alternative, investigate the influence behind such egregious FEC decisions that have escalated 567 tribal governments political and financial power that is specifically disallowed to all other American forms of government. These seemingly innocuous FEC opinions have effectively enabled federally recognized tribal governments to purchase whatever influence they desire. The mere 50 state governments, unable to participate in elections at all, are clearly under siege. Voters reliant upon their respective States for clean and fair election processes have been entirely sold out.

Until gaming tribal governments are restricted in the same manner as all other American and foreign governments respecting lobbying and elections, it is not enough to just throw out one “baby,” Abramoff. We must also throw out the corrupt money “bathtub” that continues to breed and feed these political predators. The opportunity for little brown sacks of unreported cash going to lobbyists, candidates and incumbents most certainly exists.

TRIBAL SOVEREIGNTY IS NOT FOUND IN THE U.S. CONSTITUTION

It is no wonder that numerous federal elected officials, state governors and legislators now behave as though tribal “sovereignty” is superior to and supersedes the sovereignty of the states these elected officials serve. Tribal sovereignty is not found in the U.S. Constitution. Every expansion of tribal authority over state natural resources, state lands and non-tribal citizens is a direct reduction of state sovereign authority.

Tribal governments have no authority to take such actions on their own. It is the coin-operated lobbyists like Abramoff and elected officials like Tester that we put in office, that do it for them. How much longer will the Forgotten Man and Woman tolerate this?

Elaine Willman, MPA, served from 2002 – 2007 as National Chair of Citizens Equal Rights Alliance (CERA) an organization of community education groups and citizens in 25 states who reside within or near federally recognized Indian reservations. She is a retired career municipal administrator, pursuing a doctoral in federal Indian policy and author of Going to Pieces: The Dismantling of the United States of America (2005) and Slumbering Thunder: A Primer for Confronting the Spread of Federal Indian Policy and Tribalism Overwhelming America (2016). Email her at toppin@aol.com.